For Manchester United, the stakes in San Sebastian on Thursday really are very simple.

Beat Real Sociedad by two goals or more and Erik ten Hag’s side will sail straight into the last 16 of the Europa League.

Failure to do so would consign United to second place in Group E and pitch them into a play-off round with the eight drop-outs from the Champions League.

Considering that includes Barcelona, Ajax, Bayer Leverkusen, Sporting Lisbon and Juventus, the price of that failure could be high indeed.

‘It’s clear,’ said Ten Hag at the Reale Arena on Wednesday. ‘Obviously it’s important we win. We know what we have to do: two goals difference.

‘But we like these challenges. If you want to win a trophy, you have to beat everyone.

‘It’s difficult to win games here, but we have a plan for that and we will do everything to get it done.’ This is a scenario that has been in the making since United lost their group opener to Sociedad at Old Trafford on the night the Queen passed away in September. 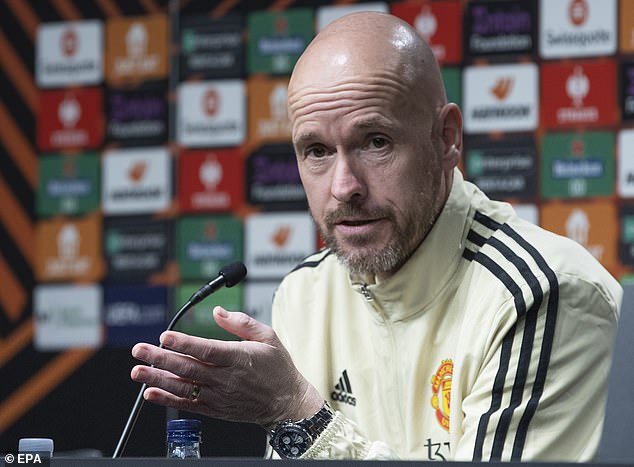 Sociedad have gone on to win all five of their group games so far, conceding just one goal.

Such is the excitement in this picturesque city on the northern coast of Spain that Real’s 39,000-seater stadium could be full to capacity for the first time since it was built 29 years ago.

Sociedad have gone on to win all five of their group games so far, conceding just one goal.

Such is the excitement in this picturesque city on the northern coast of Spain that Real’s 39,000-seater stadium could be full to capacity for the first time since it was built 29 years ago.

Fortunately for Ten Hag, the Dutchman can call on two players with a rather impressive track record against Sociedad during their time in Spain with Real Madrid. 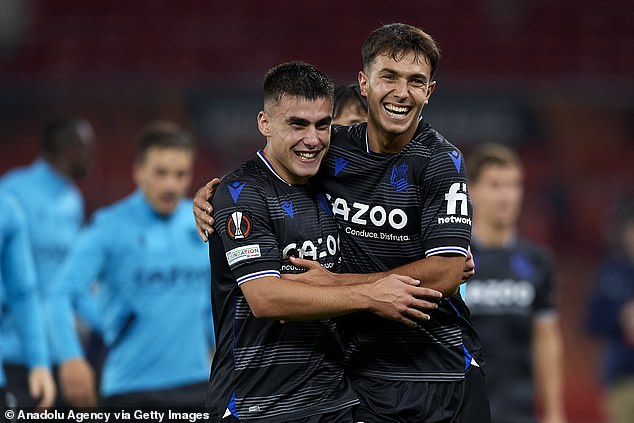 ‘He’s a really important part of this group and, as you know in Spain, he’s a real threat to every defence. Every gap he will use,’ said Ten Hag.

Casemiro, a serial Champions League winner alongside Ronaldo at the Bernabeu, isn’t used to losing here either.

‘Real Sociedad never play to defend, they go out there to play football,’ said the Brazilian last night.

‘But no matter what Sociedad do, the important thing is how we play. That is the key. We are growing. We are becoming a very solid team.’ Casemiro sat alongside Ten Hag and nodded in agreement as the United boss explained what he has brought to the team since making a £70million move from Madrid in the summer. 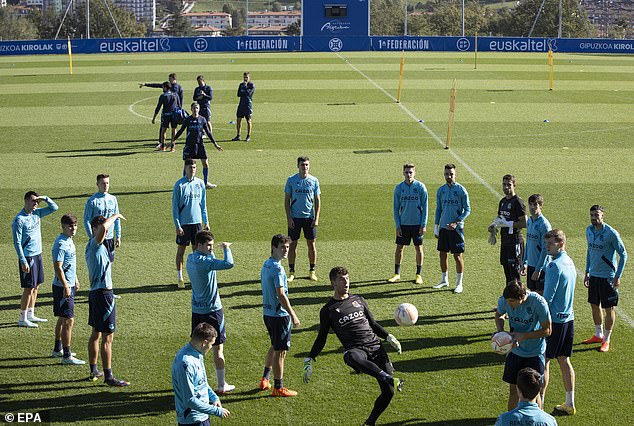 ‘He is the sand between the stones in and out of possession,’ said Ten Hag. ‘You see him growing from game to game.

‘He told me when we had the first talk that he needed a new challenge because with Real Madrid he won everything.

‘He was still a big part of Real Madrid and they didn’t want him to go, but he told me: “I have to go to another club, to another league to prove myself”.

‘That shows his hunger and I really liked that. From the first day, he is coming with that attitude to every match and training session. He will be more and more important to our team.’ United arrived in Spain on Wednesday without Antony, Jadon Sancho and Anthony Martial. 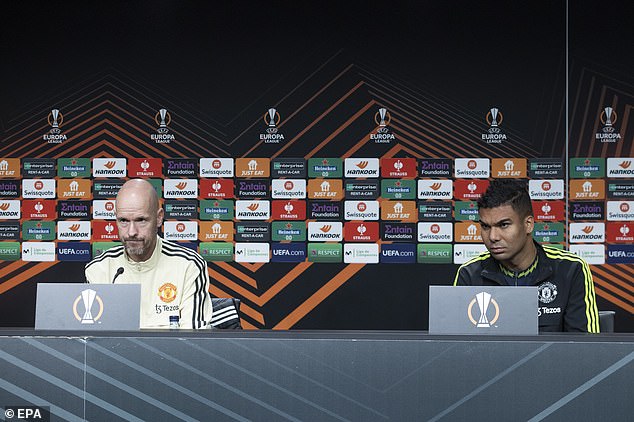 Victor Lindelof is fit again after an illness so Ten Hag must decide whether to keep Harry Maguire alongside Lisandro Martinez in central defence.

When United faced Sociedad away in this competition last year, the match was played behind closed doors in Turin due to Covid restrictions, and a 4-0 first-leg win under Ole Gunnar Solskjaer all but clinched a place in the last 16.

The reward on offer in San Sebastian tonight (wed) is the same, but it promises to be a very different occasion.