The Queen’s death last Thursday marked the end of an era in British history. And as millions reflect on her momentous life, many are keen to secure keepsakes and collectibles.

Google searches for ‘Royal memorabilia’ rocketed by 100 per cent on Friday morning as newspapers packed with moving obituaries hit the stands.

The Royal Mint website crashed after customers flocked to snap up commemorative coins, with more than 6,390 online shoppers waiting in a queue on Thursday evening.

By 11am on Friday, several were already out of stock, including the £3,575 gold proof Elizabeth II Trafalgar Five Pounds minted in 2005 to mark the 200th anniversary of the Battle of Trafalgar.

And a £5 coin celebrating the Queen’s 70-year reign, which was previously priced at £13, was sold out last night.

Searches for ‘Queen Elizabeth mugs’ also doubled over the weekend, according to Google data. And nearly 150 commemorative cups marking all manner of royal occasions over the years were listed on auction site eBay on Monday alone.

Meanwhile, copies of the Daily Mail’s historic edition published last Friday are on sale for up to £99.99.

Luxury department store Harrods also says sales of Paddington Bears have increased, after mourners began placing them outside Buckingham Palace following the Queen’s sketch with the famous bear earlier this summer. The 42cm-tall soft toy is currently out of stock.

Pauline Maclaran, professor of marketing and consumer research at Royal Holloway, University of London, says: ‘There’s all the high-end collectors’ pieces and then, of course, you have the huge range of keyrings, mugs, plaques and flags. I think that this is part of wanting to be involved in the historic moment and to mark the occasion.’

But it does not take long to uncover a huge range of prices being offered by different vendors.

One limited-edition Queen Elizabeth Platinum Jubilee Barbie doll was priced at £4,995 on eBay earlier this week. Yet another was bought from the same site on Monday for £461. 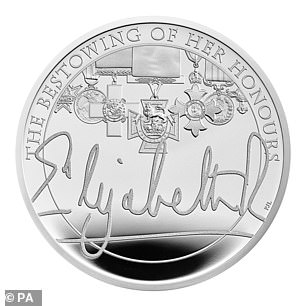 In demand: A coin marking the Queen’s Platinum Jubilee

Laura Suter, head of personal finance at investment firm AJ Bell, says: ‘If someone is currently buying up royal memorabilia purely with profit in mind, they should proceed with caution.

‘There’s no guarantee all items will rise in value and it’s very tricky to predict what will see a significant increase in worth and what will maintain value, or even fall.’

Sales websites such as eBay and Gumtree are awash with crockery, handkerchiefs and brooches commemorating royal events.

A nd it is thought that as much as £281 million was spent on souvenirs and keepsakes during the Platinum Jubilee this year, according to earlier estimates by the Centre for Retail Research.

Auctioneers Reeman Dansie have sold hundreds of lots relating to the Royals over the years. In 2019 a pair of 9ct gold and enamel cufflinks, which the late Queen had gifted to a senior member of her royal household, were bought for £2,900.

James Grinter, managing director of the Colchester-based firm, says: ‘Personal gifts, cards and letters are worth far more than mass-produced mugs and crockery.

‘Members of the Royal Family will usually give gifts to retiring staff or members of the public who have assisted them in some way — such as a helpful stationmaster.’

Signing autographs is against royal protocol. However, Queen Elizabeth II wrote many letters and cards.

A Christmas card signed by the monarch could be worth up to £2,000, according to Mr Grinter.Letters signed by ‘Lilibet’, a nickname used by the monarch’s close friends and family, would be particularly valuable.

But any card with her signature posted after 1960 would be worth less as it was likely signed by a machine. 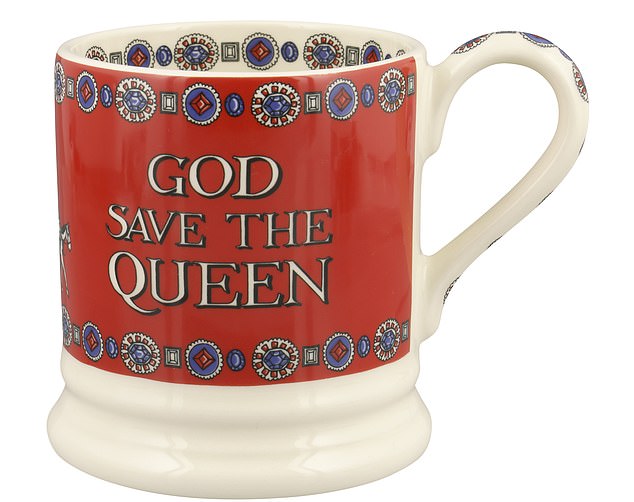 Rising value: An Emma Bridgewater ‘God Save The Queen’ Jubilee mug sold for £104 on eBay, despite retailing at £22 a few months ago

While few can boast of personal gifts and correspondence, some mugs could still prove valuable.

Around 1,000 limited-edition ‘loving cups’ were made by ceramic manufacturer Royal Doulton to mark Queen Elizabeth’s coronation in 1953.

David Broom, of Keys Auctioneers, says: ‘While most mugs bought during the coronation will sell for around £20 maximum, these cups can go for up to £400 because there are fewer of them.’

Other crockery made by popular British brands has also seen a surge in value. On Monday, an Emma Bridgewater ‘God Save The Queen’ Jubilee mug sold for £104 on eBay, despite retailing at £22 a few months ago.

However, Mr Broom warns that even those who have had a brush with royalty may not be able to sell an item for its true value, unless they can prove that it is authentic. 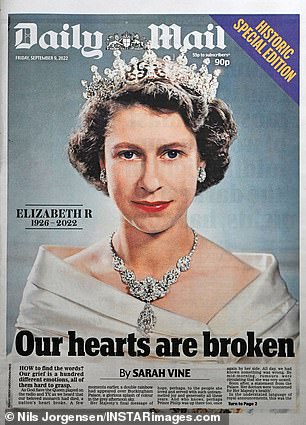 Friday’s historic Daily Mail is going for £100 on eBay – but you can get a copy plus two royal magazines for £4.99!

A woman once showed him a china cup and saucer which was given to her father by the late Queen Mother while he was on duty as a police officer one Christmas Eve at Sandringham.

Mr Broom says: ‘It was a lovely story, but it looked like any other cup and saucer and there was no way of proving it was given to him by a member of the Royal Family.

‘It had great sentimental value for the police officer’s daughter, but the set would not have made much at auction.’

Searches for ‘Queen Elizabeth stamps’ were up by 85 per cent on Friday morning, Google data reveals.

James Coulbault, of stamp dealer Stanley Gibbons, says the firm saw a surge in demand during the Jubilee celebrations.

He adds: ‘We are regularly fielding requests for the original coronation stamps, featuring the portraits by Edmund Dulac and Dorothy Wilding, from 1953 and the first set of stamps to feature the Arnold Machin portrait from 1967, which is now synonymous with British stamps.’

Royal memorabilia tends to increase in value once the members of the family they pertain to have died.

However, interest in items relating to King Charles III and the Queen Consort have also risen.

A bone china mug marking the couple’s wedding in 2005 sold for £46.61 on Friday, while similar items have sold for between £1 and £15 earlier this year.