‘My visit to the site of the World Trade Centre is held fast in my memory’: The Queen and Boris Johnson lead tributes to victims and survivors on 20th anniversary of 9/11

The Queen and Boris Johnson have lead tributes to the victims and survivors of 9/11 on the 20th anniversary of the attacks.

In her heartfelt message to President Joe Biden, the Queen reflected on her visit to the site of the attack back in 2010.

She said: ‘As we mark the 20th anniversary of the terrible attacks on September 11 2001, my thoughts and prayers, and those of my family and the entire nation, remain with the victims, survivors and families affected, as well as the first responders and rescue workers called to duty. 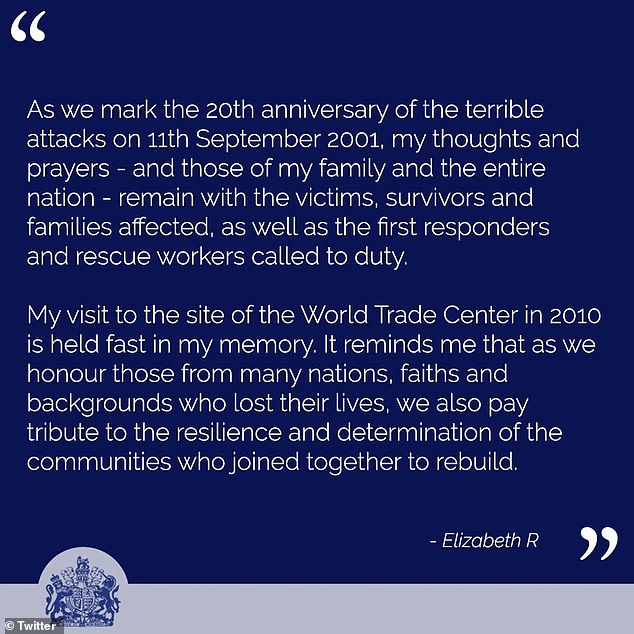 In her heartfelt message to President Joe Biden, the Queen reflected on her visit to the site of the attack back in 2010 (pictured)

‘My visit to the site of the World Trade Centre in 2010 is held fast in my memory.

‘It reminds me that as we honour those from many nations, faiths and backgrounds who lost their lives, we also pay tribute to the resilience and determination of the communities who joined together to rebuild.’

In a defiant message to be played at a memorial event at the Olympic Park in east London today, the Prime Minister said the threat of terrorism remained but people refused to live their lives in ‘permanent fear’.

‘The fact that we are coming together today – in sorrow but also in faith and resolve – demonstrates the failure of terrorism and the strength of the bonds between us,’ Mr Johnson said.

The Prince of Wales and Duchess of Cornwall also paid tribute to those involved in the attacks.

They said: ‘On the 20th anniversary of the 9/11 terrorist attacks, we remember all those who lost their lives and pay tribute to the tireless work of the emergency services, some of whom paid the ultimate sacrifice to save others.’ 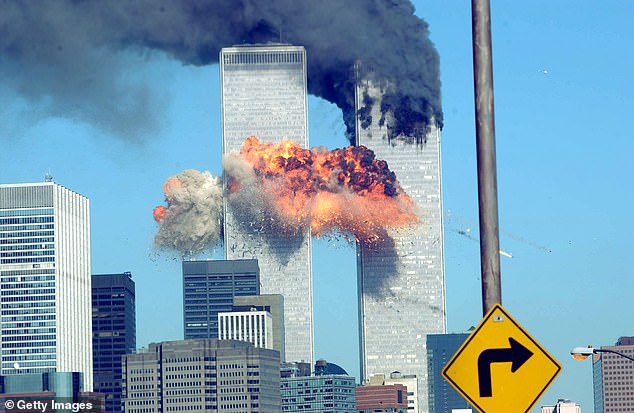 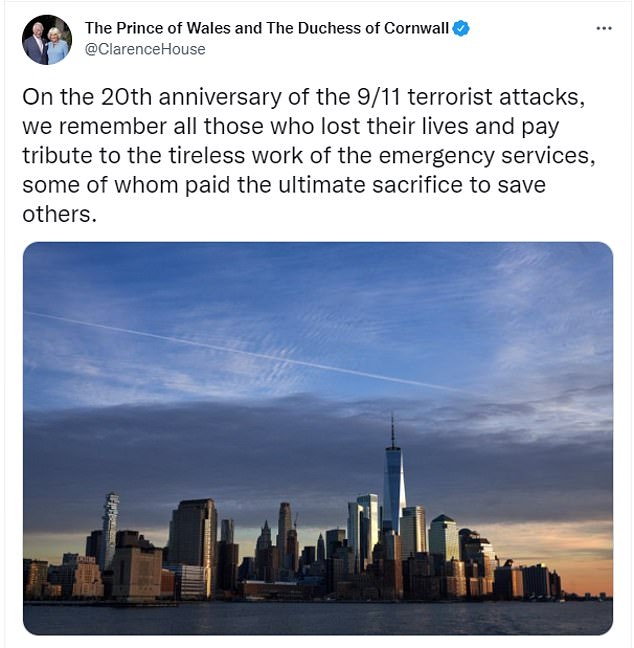 The Prince of Wales and Duchess of Cornwall also paid tribute to those involved in the attacks. 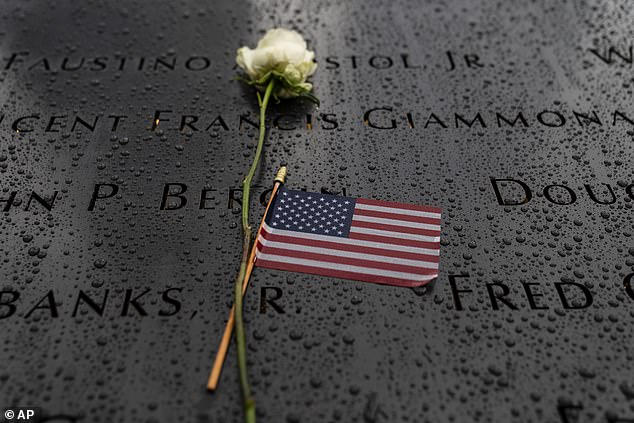 Labour leader Sir Keir Starmer said the consequences of the attacks were ‘still being felt to this day’, adding the tragedy was ‘still so raw’.

He said: ‘But as we mark this anniversary I’m convinced our resolve has never been stronger.

‘We will continue to fight terror and violence, by promoting our values of justice and peace.’

Mr Johnson said recent events in Afghanistan had only strengthened people’s belief in freedom and democracy.

The political leaders’ comments came as the prime minister at the time of the attacks – Tony Blair – said the international community must be prepared to take action against the Taliban if they again allow Afghanistan to become a base of terrorism. 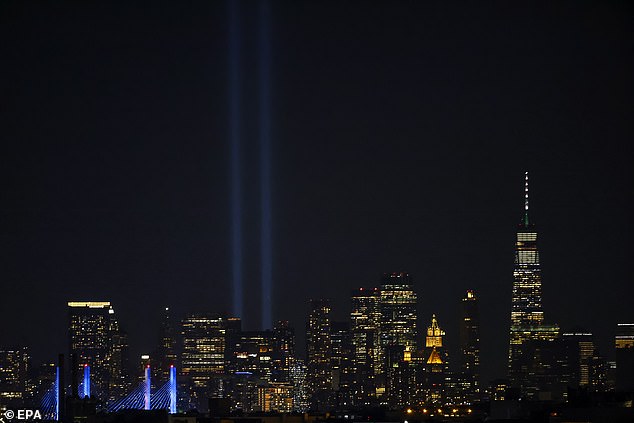 The Tribute in Light in downtown Manhattan, a memorial to the victims of 9/11 terrorist attacks, on the eve of the 20th anniversary of the attack 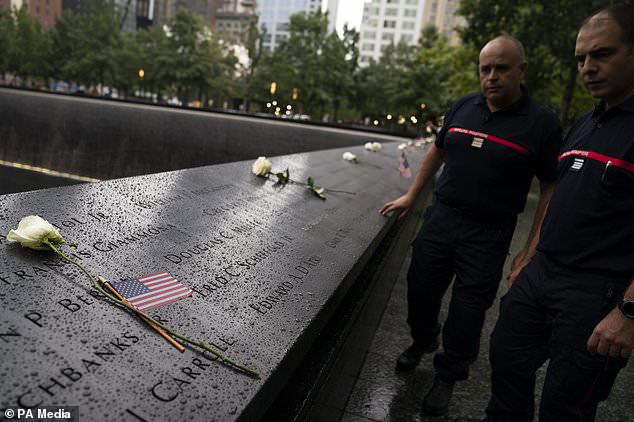 Mr Blair said the US and its allies had no choice but to invade after the Taliban refused to give up the al Qaida leadership responsible for the attacks.

The former head of the UK armed forces, General Lord Richards, said the return of the Taliban in Afghanistan raised the prospect of ‘another 9/11’ as ungoverned spaces opened up which the terrorists were able to exploit.

‘I think we are (closer to another 9/11). We’ve now been pitched back into a dark period which we somehow have to manage,’ he told LBC.