Carrie Bickmore blasted the UK’s decision to leave the European Union after her three-month holiday left fans speculating she was hoping to land a London gig.

The Project hosts weighed in on Bickmore’s debate on Wednesday and called the UK ‘unliveable’ as the value of the pound spirals and inflation soars.

Bickmore claimed the majority of the people who voted for Brexit didn’t know enough about it and didn’t understand the implications of choosing to leave in 2020.

‘It just struck me when we were staying there how many people I spoke to, like cabbies and people that live there who voted for Brexit, were like “oh no, we didn’t understand it properly”,’ she said.

‘They just weren’t informed, they were given a chance to have a major say on what happens with their country and then they were like “oh, I don’t like this, can we go back?” and it’s done.’

Her comments came just moments before the Bank of England announced it will buy long-term government debt in a desperate bid to stabilise the country’s flailing economy.

‘This repricing has become more significant in the past day – and it is particularly affecting long-dated UK government debt. Were dysfunction in this market to continue or worsen, there would be a material risk to UK financial stability,’ it said in a statement.

‘This would lead to an unwarranted tightening of financing conditions and a reduction of the flow of credit to the real economy.’

In response to the controversial announcement, the UK Treasury said ‘global financial markets have seen significant volatility in recent days’. 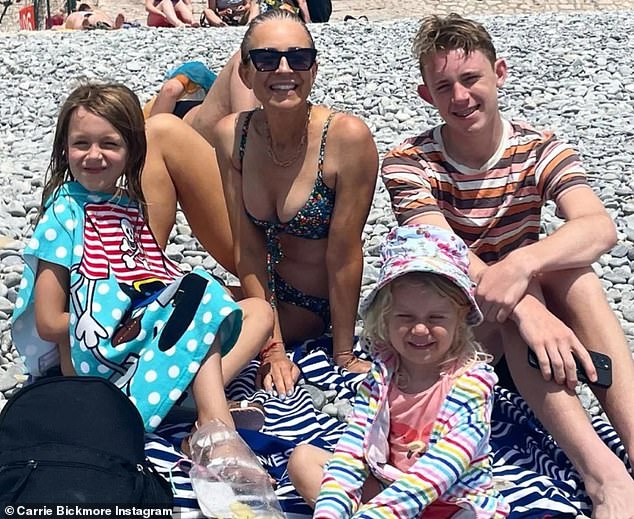 Bickmore, her partner and their three children (above) returned from a three-month European holiday based in London in July

‘These purchases will be strictly time limited, and completed in the next two weeks. To enable the Bank to conduct this financial stability intervention, this operation has been fully indemnified by HM Treasury,’ a statement said.

‘The Chancellor is committed to the Bank of England’s independence. The Government will continue to work closely with the Bank in support of its financial stability and inflation objectives.’

Analysts have warned the UK is headed for a property price crash within the next two years with more than two million Britons already facing skyrocketing mortgage costs that will force many to sell.

Cohost Rachel Corbett added she knows people who are struggling to make ends meet amid the financial crisis.

‘I’ve got friends over there who are literally having to make the decision between food or electricity, like the costs. It seems like a very unliveable place,’ she said.

Bickmore’s comments come just two months after she returned from a surprisingly short stay in the UK after announcing she was ‘moving’ with her family. 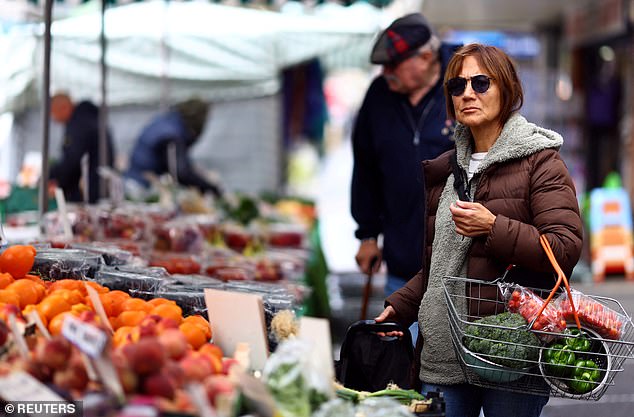 The UK is in the midst of a financial crisis as the value of the pound plummets and inflation soars (pictured, a woman shopping in London)

She announced in March that she would be taking ‘a few months off’ from hosting on Chanel 10 from April to travel Europe with her partner, Chris Walker, and their three children from a new base in London.

‘Chris and I and the kids are heading off on a family adventure together,’ she said at the time.

‘We’ve been wanting to do it for a while but lots of reasons, timing hasn’t been right, but we figure it’s never going to be the perfect time to go.’

However, fans suspected Bickmore could be looking to take a permanent break from her role and land a gig in the UK.

‘Carrie could easily do breakfast TV, or stick to her guns and pick up an evening current affairs-style gig,’ an industry source told New Idea in late March. 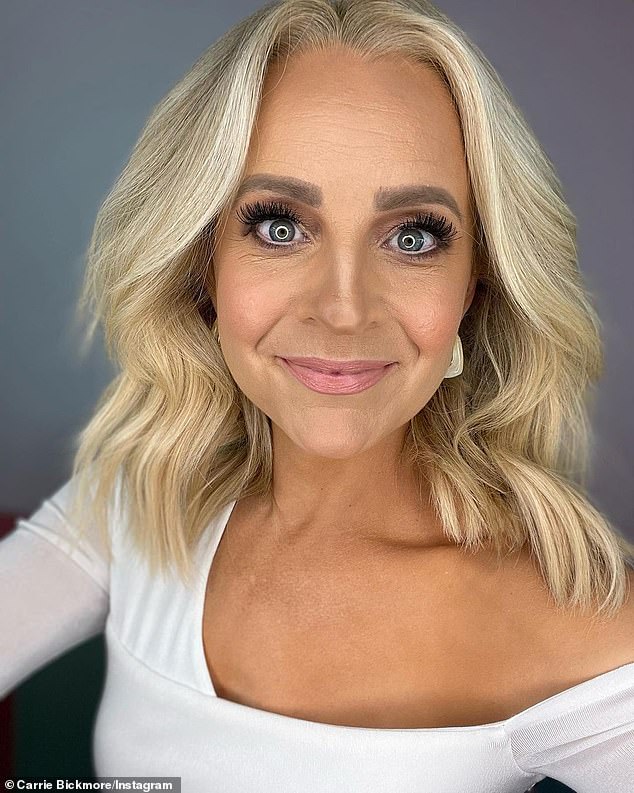 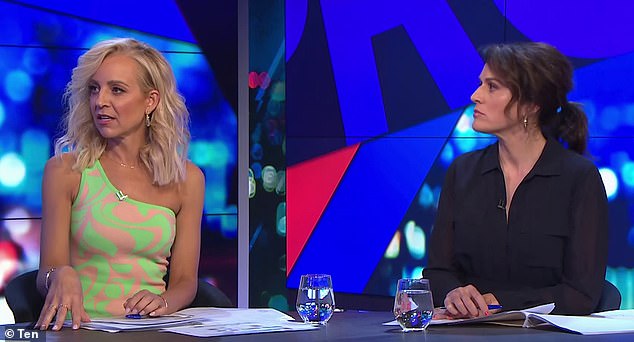 ‘Her management will surely be working hard to use Carrie’s travels in the UK to her advantage.’

So it was a shock to The Project viewers when Bickmore suddenly reappeared on screen in July without fanfare.

A TV insider wrote on the A TV insider wrote about the return on Media Spy forum: ‘It was always long-service leave and to spend time on an extended holiday with her family. She wasn’t moving there forever or to pursue and career.’

‘Her kids went back to school today. She was always taking term two off. The kids can’t have more than a term off and ruin their schooling. There’s no conspiracy here.’

Bickmore has been a backbone member of The Project’s crew since it launched in 2009.

She has two children, daughters Evie, six, and Adelaide, three, with her partner Walker, and a 14-year-old son, Oliver, from her marriage to the late Greg Lange, who died of brain cancer in 2010.