Scott Morrison gets on the tools but makes ANOTHER dangerous error – so can you see why tradies are losing it?

Prime Minister Scott Morrison has been captured in what has been described as an embarrassing yet dangerous video on social media.

Mr Morrison was visiting a worksite last month and had been given permission to operate a Mitre Drop Saw.

He can be seen starting up the drop saw and continuing to cut a piece of wood – without wearing proper Personal Protective Equipment.

The video which was posted on TikTok has already received 2.9 million views. 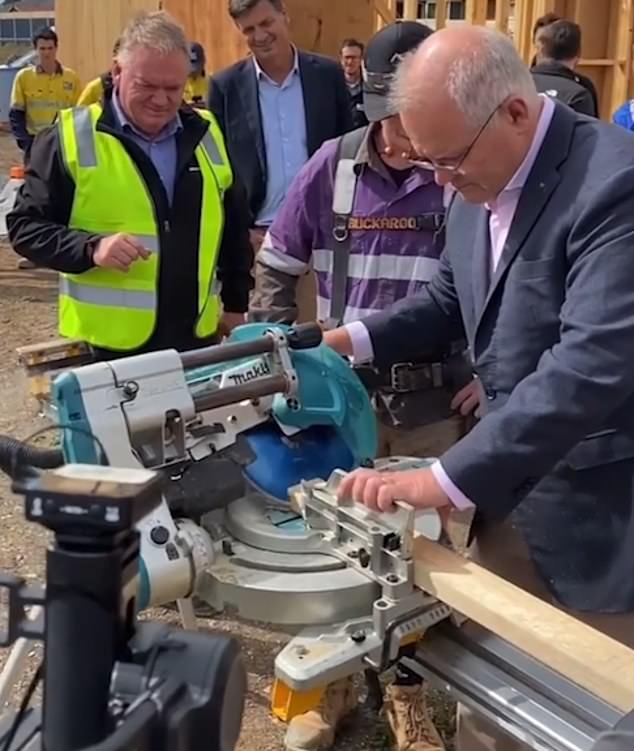 Scott Morrison (pictured) received criticism over his lack of safety in the TikTok video which has had 2.9 million views

His lack of PPE and proper training to operate the machine – generated a vast array of comments as a result.

One person claimed he was ‘surprised he didn’t cut his finger off.’

While another said ‘It actually terrifies me watching him do this stuff.’

This is not the first time Scott Morrison has made an embarrassing blunder while getting on the tools.

Prime Minister Scott Morrison diced with danger when he lifted the safety mask covering his eyes just as he unleashed a blinding flash from a welding torch.

The PM wore a regulation welding safety visor during a visit to a workshop in Alice Springs.

But he lifted the protective helmet moments before he touched the blazing arc of the welding torch to a metal beam.

His face lit up with the intense white light from the searing flame, which should only be viewed from behind the specially darkened screen.

Video showed a bystander desperately reaching out to try to bring down the mask but couldn’t manage it in time as the 6000C spark erupted in his face. 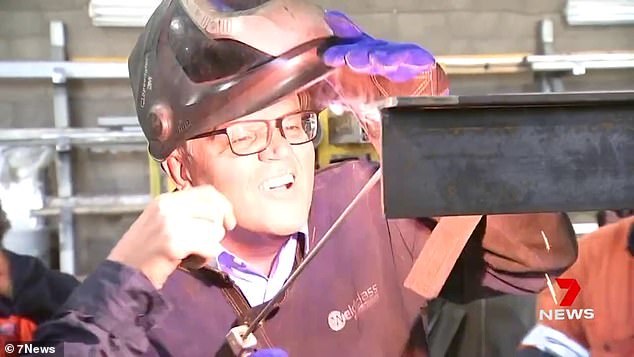 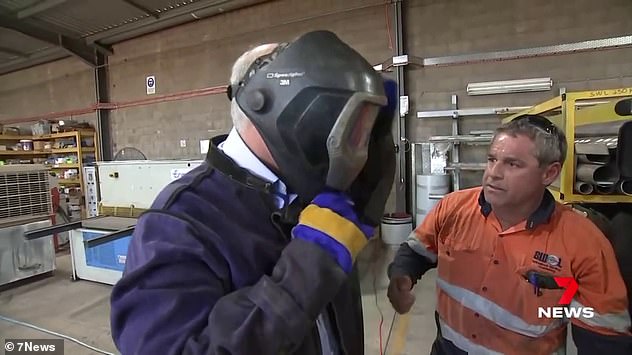 Seconds earlier Morrison had cheerfully assured the tradie with him ‘I’ve done this before, up in the Hunter’

Seconds earlier Morrison had cheerfully assured the tradie with him ‘I’ve done this before, up in the Hunter.’

‘On the tools again!’ he added.

Eye damage from burns is a huge risk in welding and precautions to prevent it are taken extremely seriously.

On social media the Prime Minister’s critics jumped at the chance to pile on.