EXPRESS INFORMER > Sports > THE NOTEBOOK: Southampton decide to get physical to try to stop Newcastle

It was third time lucky for Joelinton on Tuesday night, as after having a goal disallowed and missing a sitter, he finally he smashed home to give Newcastle a 1-0 victory over Southampton.

In doing so, the Magpies have an advantage going into the second-leg of the Carabao Cup semi final, which will be played at St James’ Park.

Here, Sportsmail’s ADRIAN KAJUMBA picks out some key talking points and some things you may have missed from St Mary’s…

It continues to be impossible to find a way past Nick Pope. Reaching half time with the score goalless meant he extended his run of not conceding a first-half goal since August.

More impressively, he made it to full-time unbeaten and has now incredibly kept 10 clean sheets in a row, going a total of 16 hours and 25 minutes without conceding, including stoppage time.

For a few minutes it looked like Pope had finally been beaten before Adam Armstrong’s goal, which went in off Dan Burn, was chalked off for a handball. Illegally, looks like being the only way to score past Pope right now. 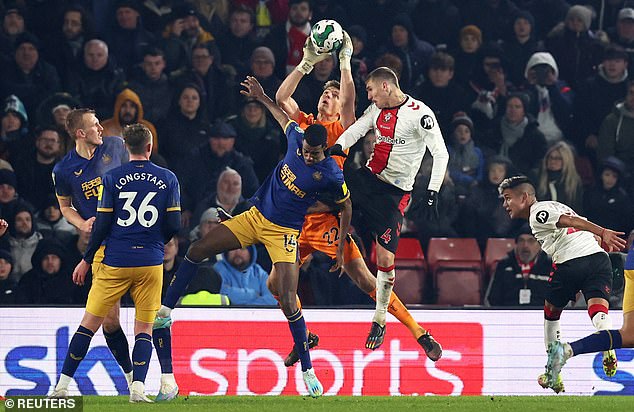 As if it was not cold enough at St Mary’s, Jan Bednarek received a frosty reception when he was introduced off the bench following Duje Caleta-Car’s late dismissal.

He initially looked to have been spared one when the announcer opted against reading out the subs names ahead of kick off but the home fans made their feelings clear when he eventually came on.

He was back in the squad having been recalled from a loan spell at Aston Villa which he marked by announcing he was moving ‘to a bigger club and to improve as a player.’

They are not the words of someone who expected to be back so soon, if at all. He also played just four times for Villa, was hooked at half-time on his one Premier League start and his only other one was the FA Cup shambles against Stevenage. Safe to say that loan did not go to plan. 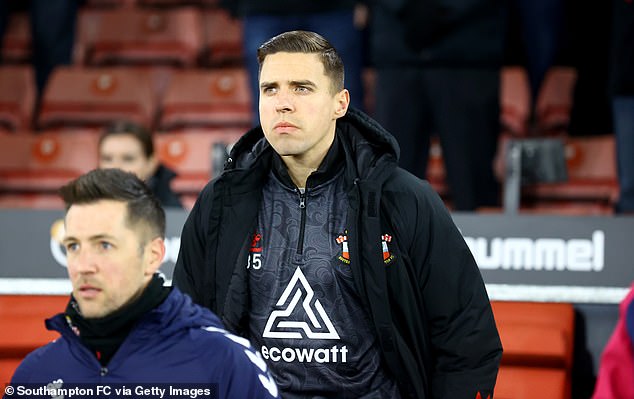 If Southampton’s plan to disrupt Newcastle was to get in their faces and rough them up then the message got through loud and clear.

Sekou Mara set the tone by taking out Fabian Schar before Caleta-Car wiped out Miguel Almiron to earn a deserved booking. They were far from the only Newcastle players to be left writhing on the turf while Carlos Alcaraz provoked Bruno Guimaraes into a reaction by also getting to close and physical.

Lyanco also went for Bruno late in the game, sparking a flare-up and earning himself a caution before Caleta-Car was booked a second time in a finish full of needle that finally seemed to test Eddie Howe’s patience.

There was plenty of energy and hard running to go with Southampton’s robust challenges and the all-action side to their display was a reflection of Nathan Jones, their animated boss, a jack-in-the-box character in his technical area.

His plan was not far off successfully getting under Newcastle’s skin enough to earn Southampton a first leg draw. 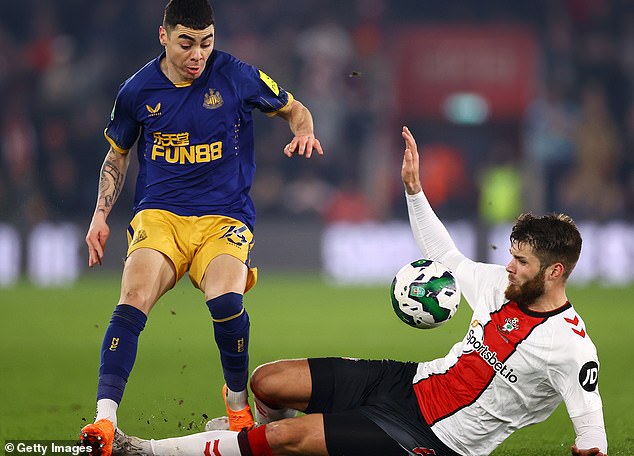 Cheeky DJ tones it down

They have one cheeky DJ at Southampton who is not afraid to have a musical pop at visiting clubs.

When Newcastle came to St Mary’s last March, not that long after their Saudi takeover, a string of money-related songs were on the playlist including Money Talks, Can’t Buy Me Love and Price Tag.

Alert listeners clocked what was going on. There were more when Liverpool visited too in May with Royal-related choices after Reds fans had booed the national anthem ahead of the FA Cup final.

Two Princes and God Save the Queen were among the choices picked that day.

It’s all harmless of course but backfired on those two occasions as Southampton lost, so it was perhaps a wise choice to stay away from the subtle digs on Tuesday. 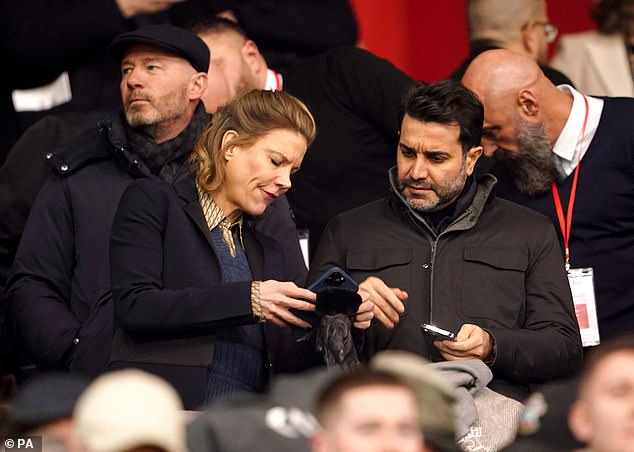 Best strikers in the stands

There was some serious firepower at St Mary’s – just sadly not on the pitch for Southampton.

Matt Le Tissier, no stranger to a spectacular goal against Newcastle, and half-time guest James Beattie.

Newcastle were well represented too with Alan Shearer, who represented both clubs, and Les Ferdinand on punditry duty. 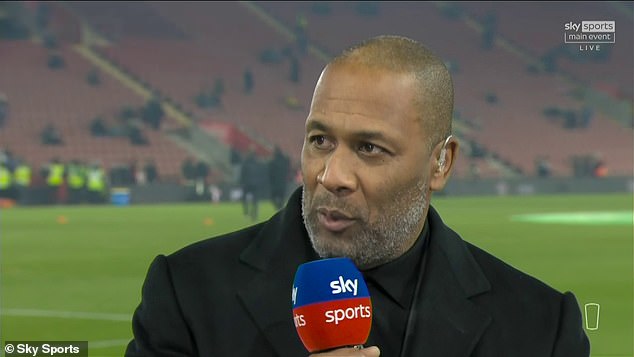 Les Ferdinand (pictured), Alan Shearer and Matt Le Tissier were all  in attendance at St Mary’s