As the locked down Chinese city of Xi’an claimed victory this week in its fight to contain the community spread of Covid-19, harrowing tales of loss and despair have emerged on social media — highlighting the immense human cost of China’s zero-Covid policy.

The city of 13 million has been under strict lockdown since December 23, as it grapples with the country’s worst coronavirus outbreak since Wuhan, the original epicenter of the pandemic. But local authorities have faced a public outcry over perceived incompetence, and disproportionately harsh measures that critics say harm the lives of those they are supposed to protect.

Over the past two weeks, Chinese social media has been flooded with posts from residents who say they have not received food, basic supplies, even medical care.

One heavily pregnant woman was allegedly turned away from a hospital on New Year’s Day because she didn’t have a valid Covid-19 test, according to a post from a user who said she was the woman’s niece. A video posted on January 3 shows the woman sitting outside with a pool of blood around her feet. She was finally admitted two hours later — but suffered a miscarriage, said the post, shared widely on Chinese micro-blogging platform Weibo before it was deleted.

A staff member from Xi’an Gaoxin Hospital, where the woman sought care, told CNN they were investigating the incident, and that the hospital had initially turned away the woman in accordance with the government’s Covid-19 regulations, but declined to comment further.

Another user appealed for help online on Sunday after a local hospital refused to admit her father, who had just had a heart attack, because they lived in a “medium-risk area” of the city.

She later updated the post on Xiaohongshu, China’s Instagram-like platform, saying her father was allowed an emergency operation when his situation worsened significantly after several hours. “The delay was too long and rescue failed. I don’t have a father anymore,” she wrote.

The poignant accounts have sparked an outpouring of sympathy and anger online, with many questioning sacrifice in the name of epidemic control. 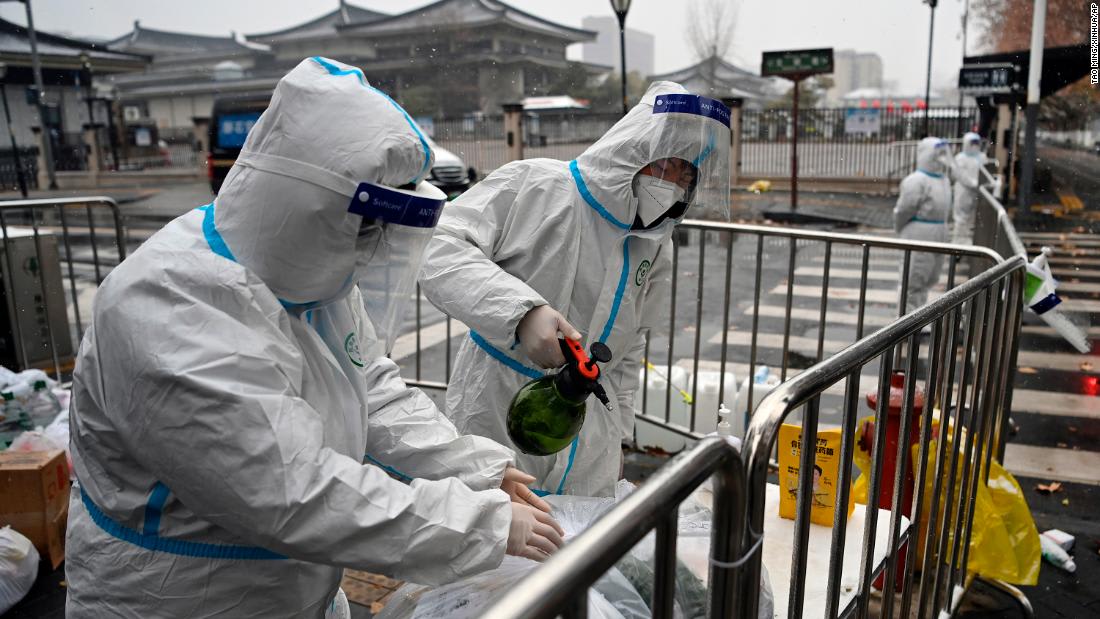