The Kelly Clarkson Show is coming back for a second season.

NBC renewed the talk show starring the American Idol winner for the 2020/2021 season, according to Variety.

The series had a strong debut, obtaining the highest ratings for a new syndicated show in the last seven years.

She’s back! The Kelly Clarkson Show is coming back for a second season

Since then, the series has managed to stand out among a market full of seasoned talk shows.

The Kelly Clarkson Show is currently placed fourth in all syndicated talk shows, according to Deadline.

A host of stars have also appeared on her show, including John Legend, Kobe Bryant, and even the original judging panel of American Idol.

Tracie Wilson, executive vice president of creative affairs at NBCUniversal Television Distribution, said in a statement: ‘The Kelly Clarkson Show is connecting with viewers in a unique way and we are so happy to build on that momentum, bringing Kelly’s brand of humour, heart, and, of course, the incredible Kellyoke, to stations for a second season. 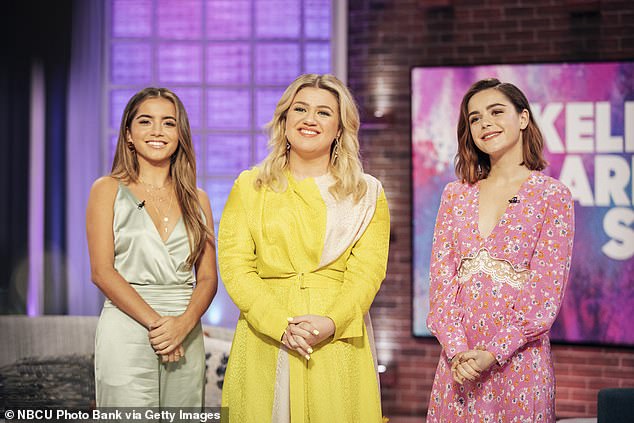 Climbing up the charts! The Kelly Clarkson Show is currently placed fourth in all syndicated talk shows, according to Deadline

‘It is a privilege to be in business with Kelly and our production team, led by Alex Duda, who have a clear creative vision and a talent for storytelling and creating quality entertainment that invites you in for a good time and leaves you feeling happy.’

The Breakaway hitmaker recently said it was her husband Brandon Blackstock – with whom she has children River, five, and Remington, three – who convinced her to take on the new challenge when the idea was first presented to her this year. 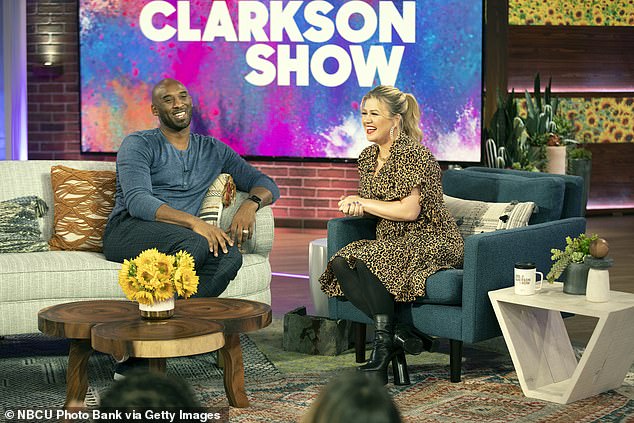 Heart to heart! Among the many star-studded guests to appear on her show was Kobe Bryant

‘And my audience is filled with tons of random people that would probably never be in the same place.

‘And I want my show to be like that, and he convinced me on that about the fact of all the good we could do and inclusion.’

Among the many light-hearted aspects of her show is Kellyoke, which sees the singer begin each episode with a cover of a classic or popular song. 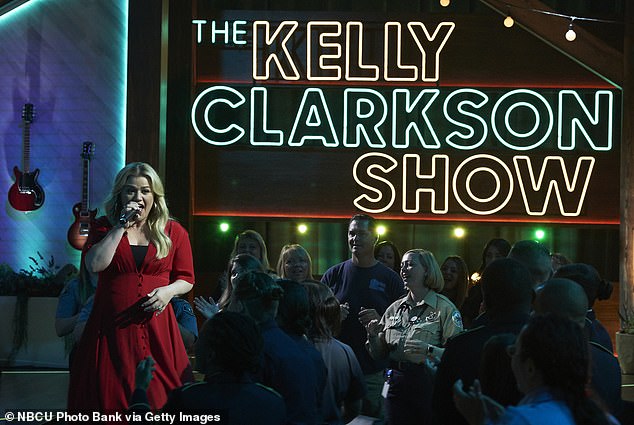 Sing it! The fan favorite star starts off every episode with Kellyoke, in which she covers classic and popular songs