Jack Steele and Matt Ford could be the most successful ‘Aussie battlers’ in the country after quitting their day jobs as tradies.

For two ‘unemployed’ blokes, they sure know how to keep busy, gracing magazine covers, landing fashion deals, and now launching their own beer.

When the best mates started the Instagram page ‘The Inspired Unemployed’ in 2019 they had no idea it would gain more than a million followers in just two years.

Jack, 27, and Matt, 26, from the New South Wales’ south coast started the page while travelling across Europe when they decided they weren’t happy with their careers.

They began sharing hilarious takes on a range topics, including paying too much for smashed avocado at brunch, meeting your mate’s girlfriend for the first time and moments on the job site.

‘We always wanted to start something because we didn’t like our jobs, so we started filming videos once a day, every day for seven months straight,’ Mr Steele said.

The page was meant to be a ‘side hustle’ with relatable, comedic videos, but now have a strong following of 1.2million people and turned them into Instagram stars.

Their popularity has lead them to starring on a cover of GQ magazine and a deal with THE ICONIC. 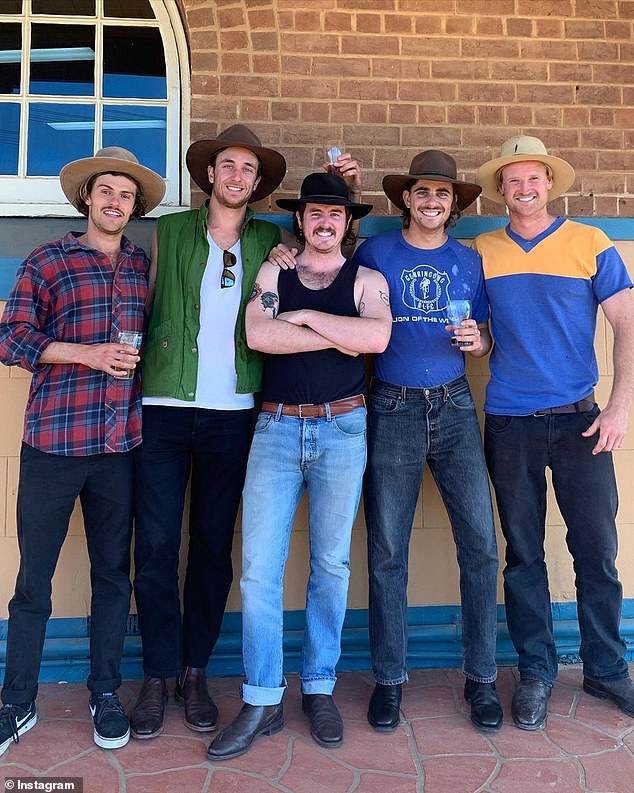 The page shares hilarious takes on topics, including paying too much for smashed avocado at brunch, meeting your mate’s girlfriend for the first time and moments on the job site

‘I was at work when I got a call from GQ to discuss a photoshoot with Fendi and we were completely shocked at the massive opportunity,’ Mr Steele said.

They have also launched a new alcoholic beverage ‘Better Beer’ that contains 87 calories and will be available nationwide in BWS and Dan Murphy’s from Friday November 12.

Mr Steele had worked as a plasterer and Mr Ford a carpenter before they quit their jobs to pursue their social media accounts.

The best mates are excited about the launch of Better Beer and described the taste as ‘crisp, clean and refreshing’. 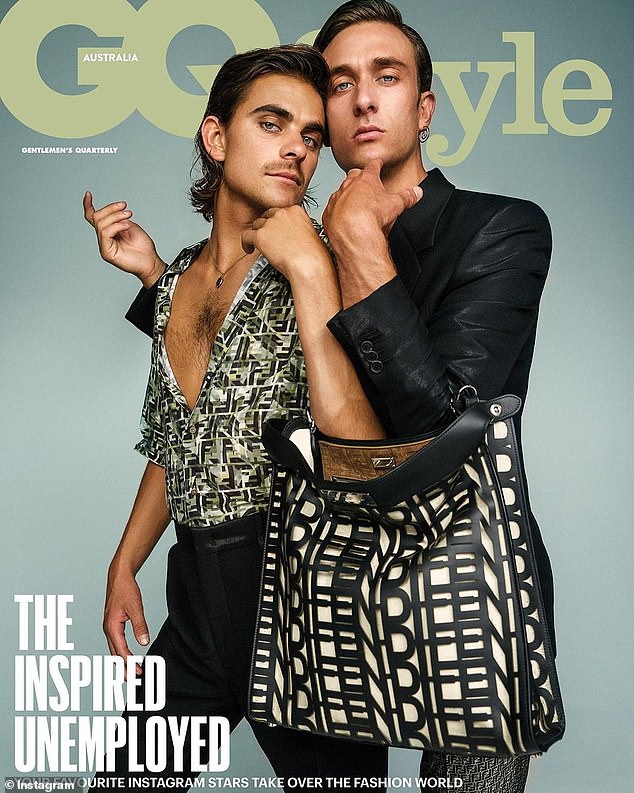 Since 2019 the pair have entertained the masses, starred on a cover of GQ magazine and scored a deal with THE ICONIC

‘It’s been such a long process but we’re over the moon with the result,’ Mr Steele said.

The can features a nostalgic 70s colour palette of sunshine yellow, orange, red and blue with a ‘summer appeal’.

There were up to 30 design options but it was the second original design that was chosen. 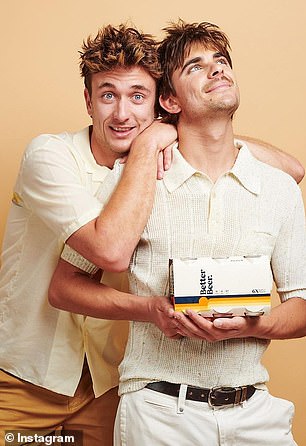 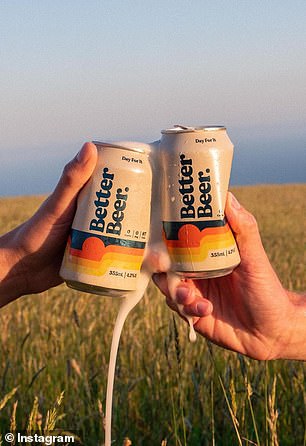 The best mates are excited about the launch of Better Beer and described the taste as ‘crisp, clean and refreshing’