EXPRESS INFORMER > Travel > The inside track on America’s most magnificent rail trips, from New York to San Francisco

Every week our Holiday Hero Neil Simpson takes an in-depth look at a brilliant holiday topic, doing all the legwork so you don’t have to. This week: seeing America by train.

The great American rail trip is set to be one of the holiday hits of 2023, with a tempting choice of escorted, independent and bespoke tours on evocatively named trains such as the California Zephyr, Coast Starlight and Rocky Mountaineer.

Journeys promise a mix of ocean views, national parks, big cities and must-see sights. Flights are usually included in the price, as are hotel stays for nights when you’re not on the move. While on trains, you’ll normally be in a two-berth couchette where staff make up the beds and serve morning coffee.

The great American rail trip is set to be one of the holiday hits of 2023, with a tempting choice of escorted, independent and bespoke tours on evocatively named trains such as the California Zephyr, Coast Starlight (pictured, hugging the Pacific) and Rocky Mountaineer 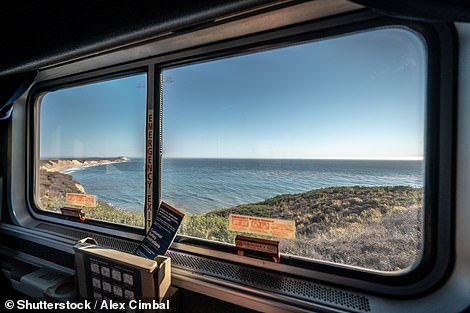 Bookings for 2023 are already well under way, with specialist travel firm Great Rail Journeys saying that US trips have overtaken all other tours to become its long-haul bestsellers for each of the past three months.

These trips are leisurely affairs – many trains travel at what’s called ‘Kodak speed’: slow enough for photos and to enjoy the views.

Route 66 By Rail with American Sky is ideal if you want to get the feel of America’s most iconic road trip but don’t want to do any actual driving. The 13-night holiday goes from Chicago to Los Angeles, and the trains stop at famous Route 66 locations such as St Louis, Albuquerque and the Grand Canyon.

The trip begins and ends with two nights in hotels and includes a mix of hotels and overnight trains along the way. All reservations, itineraries and timings are made for you, with extras including tickets for the tram to the top of the Gateway Arch in St Louis, the vintage Grand Canyon Railway and a ‘homes of the stars’ tour in LA. Costs from £2,449pp (americansky.co.uk). 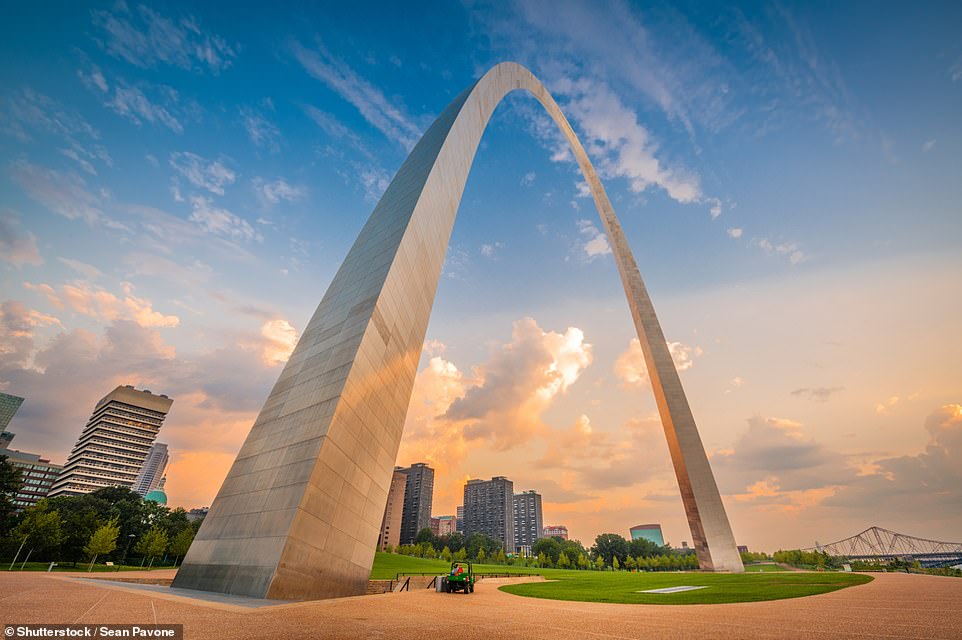 Independent travellers can have bespoke holidays arranged by Freedom Destinations.

These feature grand trains such as the Coast Starlight, which hugs the spectacular Pacific coastline between LA and Seattle; the California Zephyr, which crosses the entire country between Chicago and San Francisco; the Maple Leaf, running from New York into Toronto; and the Rocky Mountaineer from Denver to Utah – home to dinosaur tracks and mysterious rock formations in Arches National Park.

Staff can build a package of flights and hotels around any of the rail trips and you have the option to travel in recliner seats, ‘roomettes’ for two with shared bathrooms, or en suite cabins.

Ticket prices for the two-night California Zephyr journey, for example, cost from £129, £329 and £779pp for each option (freedomdestinations.co.uk). 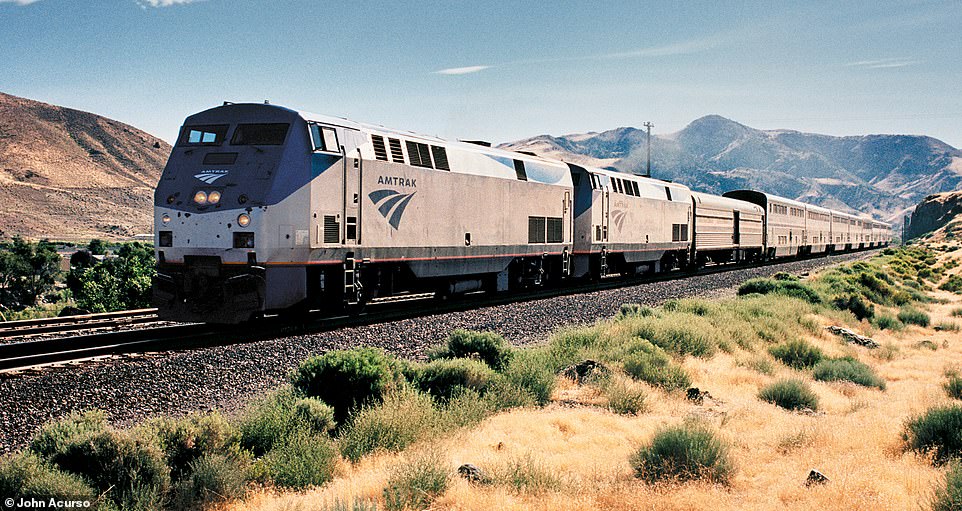 The California Zephyr, above, starts in Chicago and terminates in San Francisco – book your trip on the train route with freedomdestinations.co.uk

If you prefer to travel as part of a friendly group, with a tour manager looking after all the train tickets and timings, then fast-selling holidays with Great Rail Journeys are the ones to consider.

Its 14-day Tracks Of The Deep South tour is perfect for music-lovers as it takes in Nashville, Memphis, Graceland and the jazz clubs of New Orleans.

Extras include tastings at Jack Daniel’s Distillery, tickets for Chattanooga’s Lookout Mountain Incline Railway – one of the world’s steepest – and a tour of Nasa’s Space Center in Houston. Costs from £2,545pp. 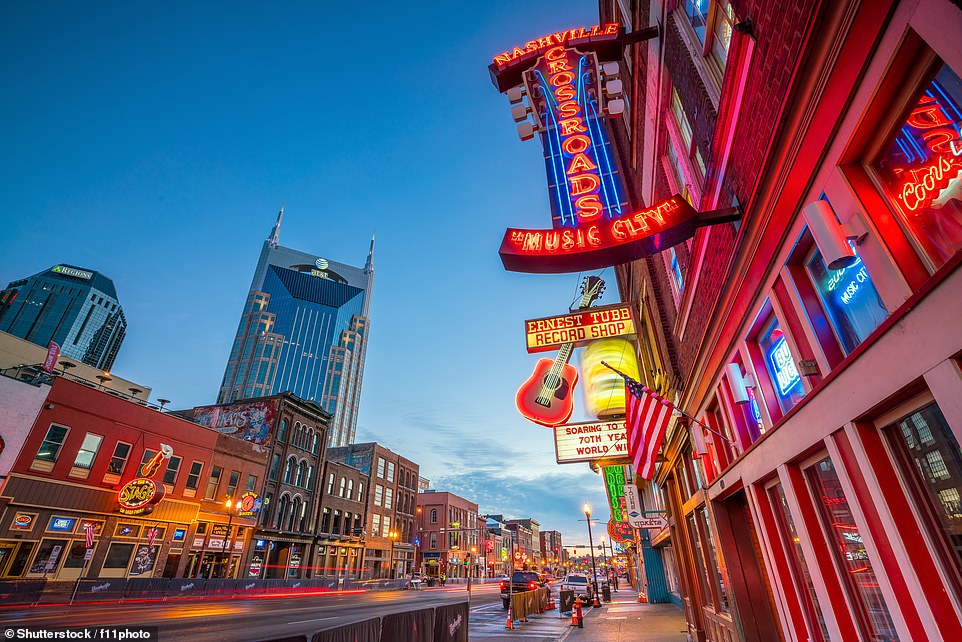 Great Rail Journeys’ 14-day Tracks Of The Deep South tour is perfect for music lovers as it takes in Nashville (pictured), Memphis, Graceland and the jazz clubs of New Orleans 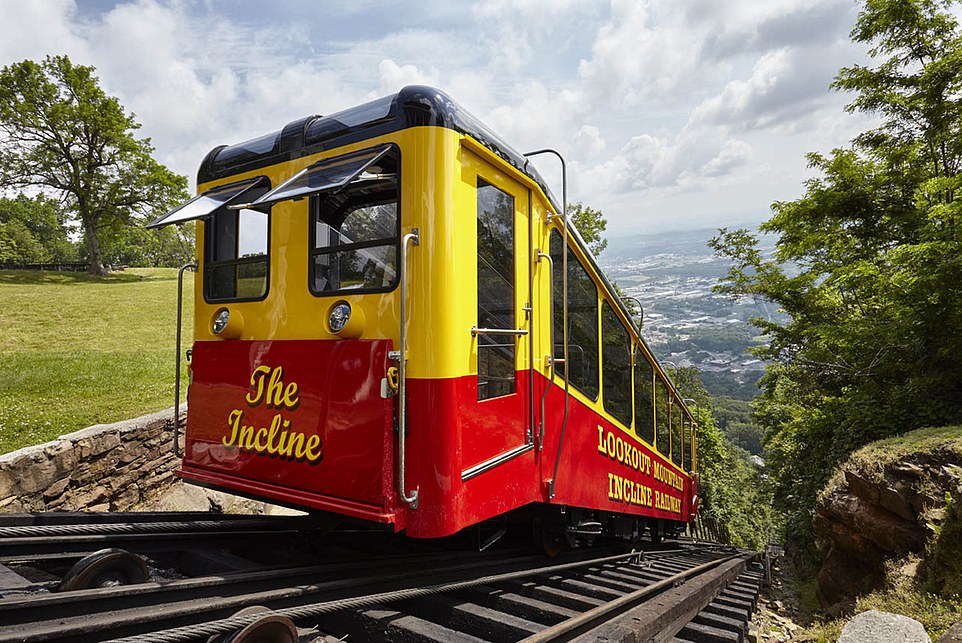 Next autumn, Great Rail Journeys is offering a ten-day New England In The Fall trip, which takes in the White Mountains – one of North America’s most beautiful landscapes – as well as North Conway Scenic Railroad and the Mount Washington Cog Railway. Costs from £2,395pp.

But the ultimate bucket-list adventure is its complete America Coast To Coast tour on the California Zephyr.

With 14 nights in hotels and two in smart cabins, the escorted holiday rolls from New York to San Francisco and has stops, tours and excursions in Washington DC, Las Vegas and more. Costs from £3,795pp (greatrail.com). 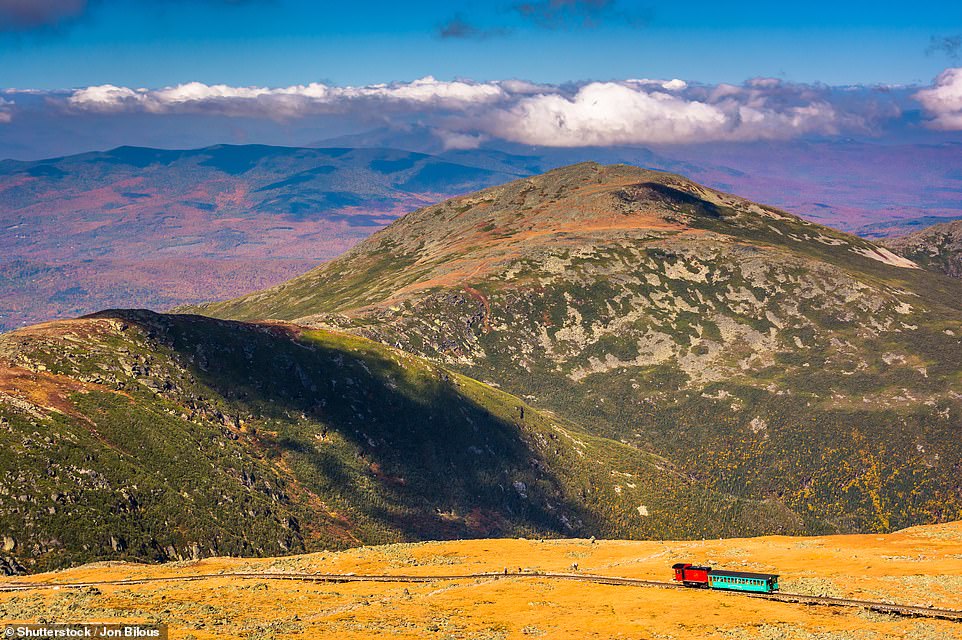 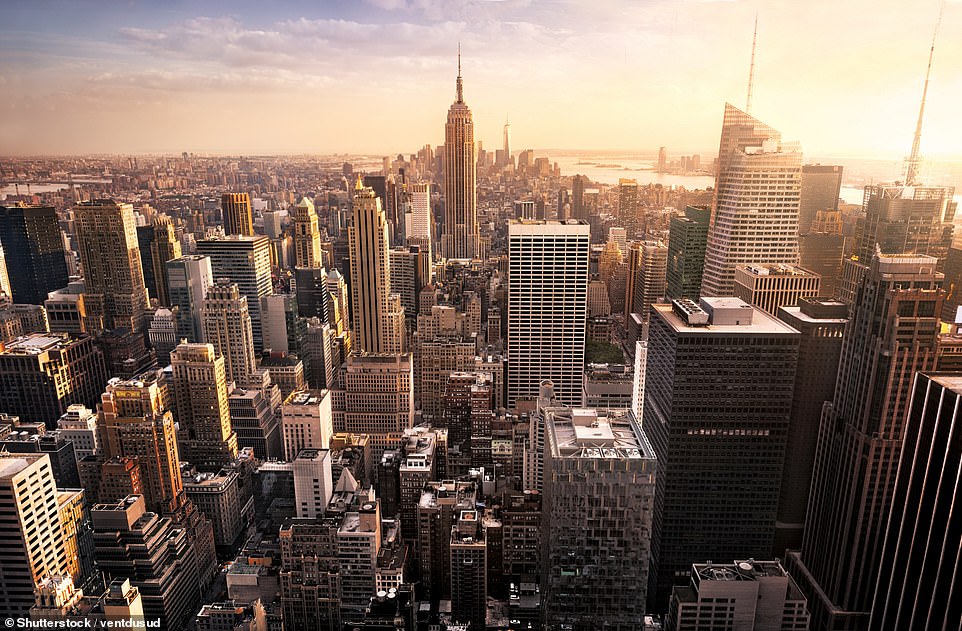 The ultimate bucket-list adventure is Great Rail Journeys’ America Coast To Coast tour, which rolls from New York (above) to San Francisco