And you thought they were a ‘Liberal’ government: Dominic Perrottet brings in chilling Chinese government-style video monitoring of problem gamblers… where EVERYONE who plays pokies will be caught on camera and stored on a database

Everyone who enters the pokies room of a NSW pub or club will have their picture taken and stored in a secret database in an attempt to stop problem gamblers – with the high-tech system expected to be rolled out across Australia.

Venues will have access to the new facial recognition technology, which uses cameras to scan the faces of those heading to the poker machines.

For those wanting to kick their gambling habits, they can sign up to a self-exclusion system.

The new technology is then able to compare the face of those heading to the pokies to those signed up to the exclusion system, with staff immediately alerted if there’s a match.

The new system is likely to be compared to China’s government’s surveillance system, and similar to other facial recognition technology which is creeping into everyday life across Australia.

At the moment, those wanting to quit gambling can apply to be excluded from certain venues, but the pressure is on hospitality staff to recognise the punters. 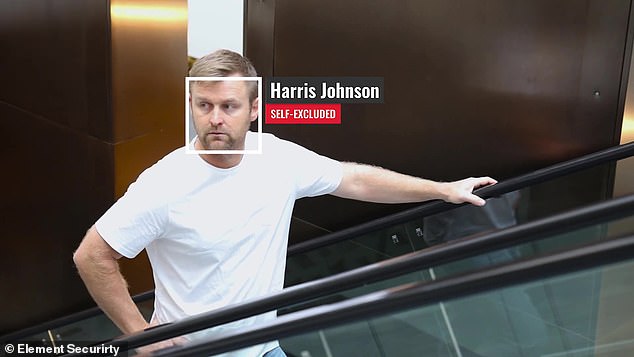 The technology alerts staff when someone who has voluntarily asked to be excluded from a gambling venue because of their problem gambling tries to enter. Pictured, the fictitious example of self-excluded gambler trying to enter a venue

Do you think the cameras are a good idea?

The software is a major upgrade to existing self-exclusion programs that are mostly paper-based and often failed because they relied on hotel staff checking paper documents.

While there’s little to help those addicted to slot machines, the self-exclusion system is a new glimmer of hope for many.

The main reasons problem gamblers sign up for self-exclusion is that they have lost too much money, cannot control their gambling or have developed financial and relationship problems because of their gambling. 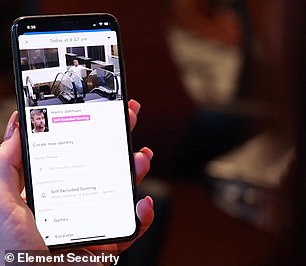 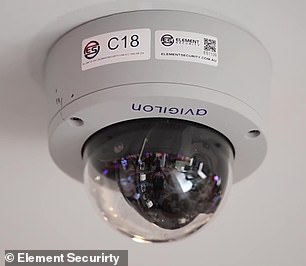 The cameras are already operating widely in South Australian pubs and in around 100 venues in New South Wales.

It is understood venues with the cameras agree to only use the data collected from the facial recognition program to compare with the self-exclusion system.

Jeff Bradford, managing director of a company that sells the camera systems, Element Security, told Daily Mail Australia the technology is working in hundreds of venues across Australia already.

In one case a woman who tried to enter a venue by using a friend’s ID card was caught out by the system and excluded, potentially saving her thousands of gambling losses.

‘Implementation into venues has already proven that this is a successful solution,’ Mr Bradford said. 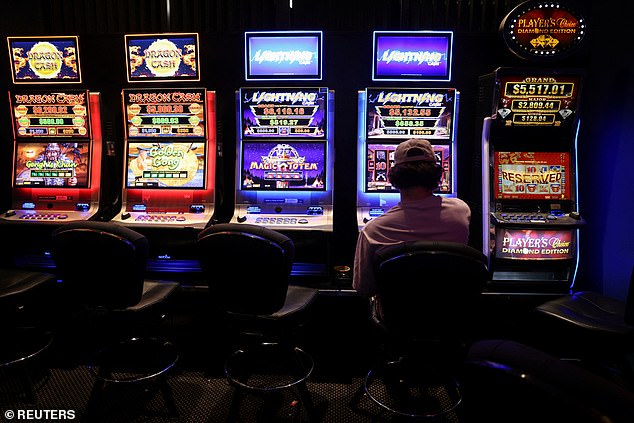 A company that sells the camera systems, Element Security, told Daily Mail Australia the technology is working in hundreds of venues across Australia already

Australians lost approximately $25billion to legal forms of gambling between 2018 and 2019, representing the largest per capita losses in the world, according to the Australian Institute of Health and Welfare.

In any one month Aussies spent $157million on the pokies, second only to betting on horse and dog racing.

According to a recent study from Gambling Research from last year, the number of Australians with a gambling problem has doubled over 10 years to more than 1 per cent.

There are more than 190,000 electronic gambling machines in Australia – more per capita than almost any other major jurisdiction, aside from Nevada, data from 2019 shows.

If you have a gambling problem and are interested in a self-exclusion program or other solutions, contact Gambler’s Help on 1800 858 858.