A neurologist who allegedly hooked dozens of women on ‘astounding’ doses of painkillers before sexually abusing them was reportedly protected by staff who ‘looked the other way’ over 12 years at three different hospitals, according to the latest of 22 lawsuits against him.

If they refused, he allegedly withheld the huge and addictive doses of pain medications he prescribed them.

The latest lawsuit, filed on behalf of six alleged victims in July, states that the failure of hospital staff to report Ivy League-trained Cruciani ‘fail(ed) victims every step of the way.’

None of the medical practices that employed the disgraced doctor – including Beth Israel Medical Center in New York, Capital Institute for Neurosciences in Hopewell Township, New Jersey, and Drexel University in Pennsylvania – have been held liable for employing him despite the repeated red flags raised throughout his 35-year tenure.

The shocking failure of nurses, therapists and administration to report Ivy League-trained Ricardo Cruciani, 63, for repeated inappropriate behavior ‘fail[ed] victims ‘every step of the way,’ was revealed in a lawsuit filed this July that is still in litigation 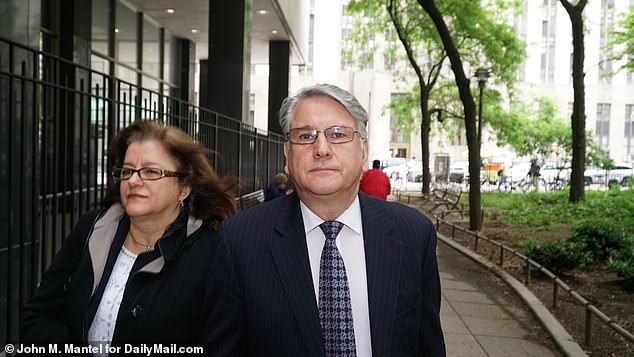 ‘[The hospitals] knowingly ignored their reporting and oversight duties… and knowingly let [Cruciani] walk out the door so that he could continue his predatory sexual misconduct… at subsequent healthcare systems,’ reads the lawsuit.

Attorney Jeffrey Fritz, who is representing six women in a suit against the New Jersey and New York hospitals, told Dailymail.com that there are typically multiple checks to prevent abuse going unchecked.

The attorney is also representing 18 more women suing Drexel University, where Cruciani served as the chair of the neurology department.

In total, Fritz said, there are 18 pending civil suits against Cruciani in Pennsylvania, three in New Jersey covering 18 or 19 women and one in New York on behalf of 12 victims. 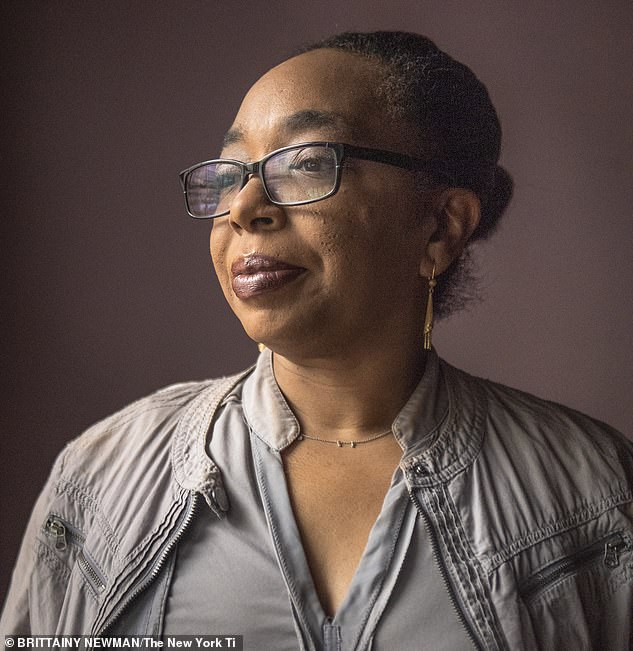 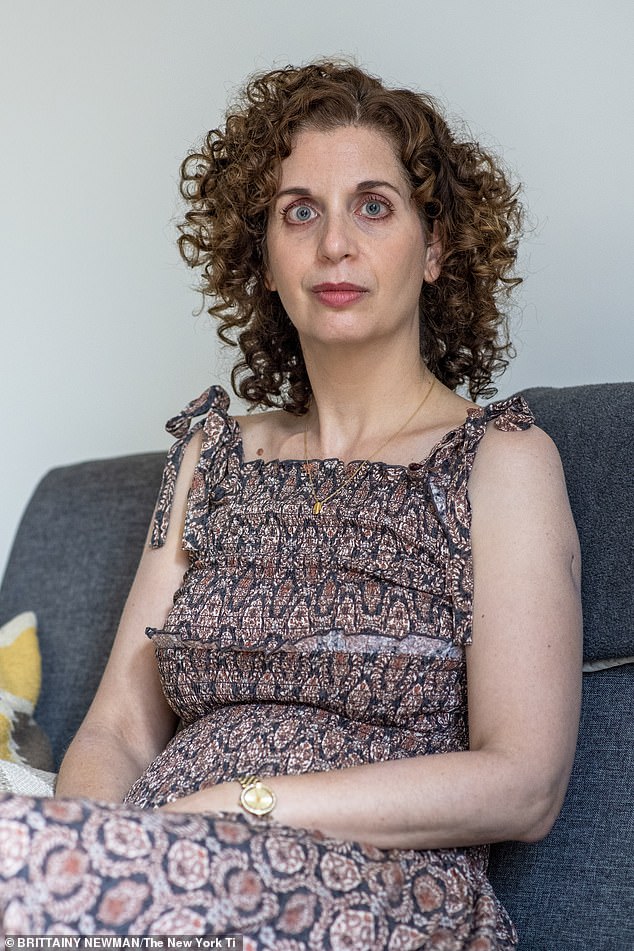 One of the earlier victims, Hillary Tullin, told a psychologist at Beth Israel that Cruciani ‘forcibly grabbed her face and stuck his tongue down her throat,’ according to the suit. The psychologist never reported the accusation

Fritz said the doctor is facing more then 30 criminal charges in New Jersey, and more in New York and Pennsylvania.

After he was fired in 2017 from his last position at Drexel, Cruciani was merely forced to register as a sex offender and surrender his medical license in a plea deal that year.

In 2018, Cruciani was released on $1million bail for criminal charges against him in New York, and has yet to reappear in court, in part due to COVID-related postponements.

One of the plaintiffs in the latest suit, Tanisha Johnson, told the New York Times on Monday how she began seeing Cruciani at Beth Israel Medical Center in New York for her repeated migraines.

She said Cruciani overprescribed her a heavy dose of 1,300 pain pills per month, and then began to exhibit inappropriate behavior.

When she attempted to refuse, Cruciani threatened to withhold the cocktail of medications that she had become dependent on.

‘The first week of opioid withdrawal is excruciatingly painful,’ she told The Times.

On one occasion in 2010 or 2011, according to the lawsuit, a nurse at Beth Israel walked into the room when Johnson was in  Cruciani’s office and his penis was exposed.

Yet, Cruciani was never reported to the New York Board for Professional Medical Conduct. 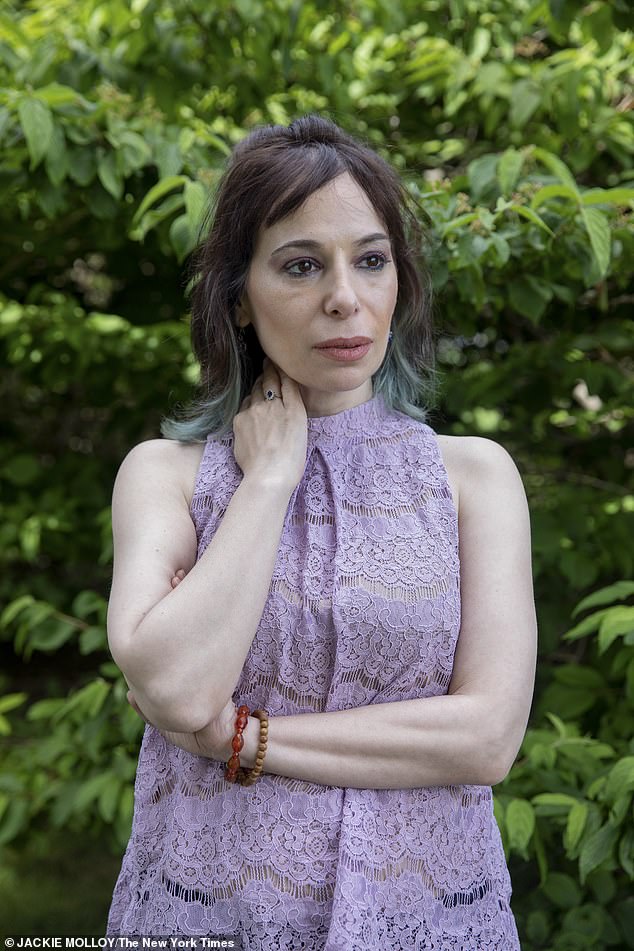 Another patient, Nella Vince (pictured), reported Cruciani’s sexual assault in 2013 to the New York City Police Department and offered evidence: a shirt with his semen on it, according to the New York Times

The lawsuit states that multiple patients across the hospitals he worked told nurses that they had been sexually assaulted.

Several patients said they repeatedly asked nurses or other staff members to stay in the room with them during consultations, but the requests were usually turned down.

One of the earlier victims, Hillary Tullin, told a psychologist at Beth Israel that Cruciani ‘forcibly grabbed her face and stuck his tongue down her throat,’ according to the suit. The psychologist never reported the accusation.

‘I told her, ‘I want you to report it,”Tullin told The Times.

Tullin, a former producer with ABC and CBS, experienced severe chronic pain, which said said ’15 or 18′ doctors failed to treat before she went to see Cruciani at Beth Israel Medical Center (now Mount Sinai Beth Israel) who diagnosed her with full-body complex regional pain syndrome, which is not well understood.

She said the doctor began to call her on a daily basis, telling her about his personal and family life, complimenting her appearance and telling her that he was thinking of her. He began embracing her during sessions, which soon escalated into extended touching and then sexual assault, she said.

‘These hospitals created this perfect storm of opportunity for him to victimize so many patients,’ she said. ‘The system failed.’

Another patient at Beth Israel, Nella Vince, reported Cruciani’s sexual assault in 2013 to the  New York City Police Department and offered evidence: a shirt with his semen on it, according to the Times.

She was even preparing to wear a wire but the case was dropped, with the police citing Vince as ‘uncooperative.’ In an interview, she said that they did not take her accusation seriously because, they told her, Cruciani had no criminal record.

Later in 2013, Cruciani abruptly resigned from the New York hospital and went to work at Capital Institute in Hopewell, New Jersey – many of his patients, including ones that were abused, followed him there, unable to get other doctors to prescribe the amounts of medication he would.

In a statement at the time of Cruciani’s 2017 arrest, a Mount Sinai spokesman told DailyMail.com: ‘We are deeply disturbed to learn about these charges and have been working closely with the investigation being led by the District Attorney’s office.

‘The Mount Sinai Health System is committed to a safe environment for all patients, faculty, staff, students, trainees and visitors.’

In 2014, a patient at Capital and her mother approached Dr. Steve Boyland, who also worked at the hospital, to report that Cruciani had forcibly groped and french kissed her. Boyland, the lawsuit said, never reported the behavior.

The next year, according to the lawsuit, an unnamed victim messaged Capital Nurse Ann Friedland on Facebook to report Cruciani’s behavior, which the victim said made her feel ‘uncomfortable.’ The woman specifically asked the nurse whether Cruciani had abused any other women at the Capital Health facility.

Friedland replied that she ‘didn’t know of any circumstances [where Cruciani was] inappropriate with patients,’ but that she ‘did suspect it.’

The nurse also told the unnamed woman that, while Cruciani was ‘flirtatious’ with her, she ‘kept him at arms length.’

Friedland, the lawsuit alleges, did not share this information with Hopewell detectives when the neurologist’s behavior was under investigation.

After Cruciani left Capital for Drexel in 2016, Friedland allegedly told another unnamed woman that she knew Cruciani had been ‘sexual with other women in the office’ and that she had urged him not to be alone in examination rooms with female patients.

Another patient’s husband reported that Cruciani was overmedicating and sexually abusing his wife at Capital through the hospital’s Patient Advocacy Office, the lawsuit alleges- the office never reported the allegation to the state of New Jersey.

Representatives of Capital Health denied that numerous members of its staff were approached about the abuse, saying that the hospital received no complaints about  Cruciani from patients while he worked there.

‘We were shocked and saddened when these allegations came to light,’ a statement issued by Capital Health’s press office said. 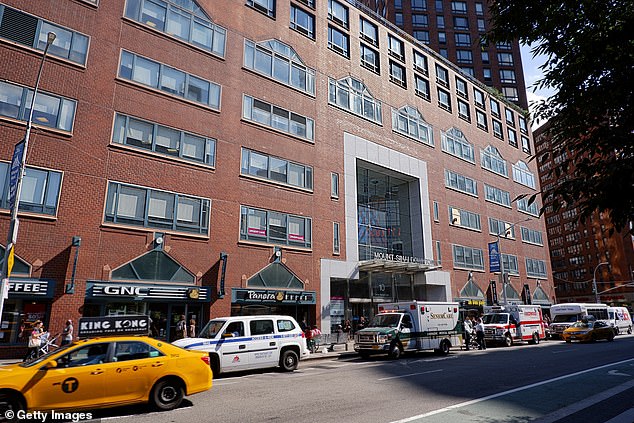 In a statement at the time of Cruciani’s 2017 arrest, a Mount Sinai Beth Israel spokesman told DailyMail.com: ‘We are deeply disturbed to learn about these charges and have been working closely with the investigation being led by the District Attorney’s office 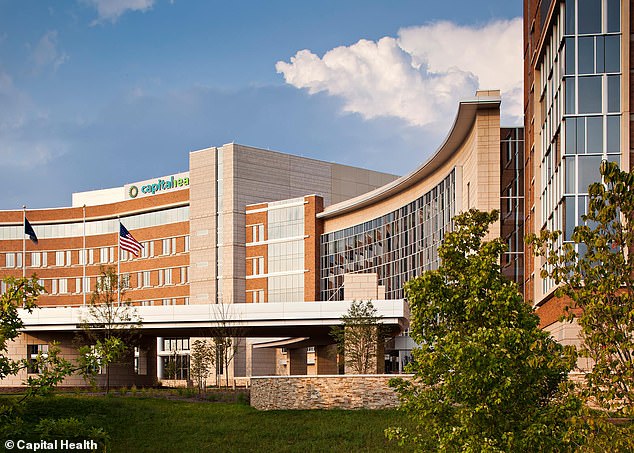 ”We were shocked and saddened when these allegations came to light,’ a statement issued by Capital Health’s press office  regarding Ricardo Cruciani’s sexual misconduct said

In 2015, the disgraced doctor transferred to Drexel amid mounting accusations.

By February of 2017, at least five patients and at three staff members came forward, forcing Drexel t initiate an investigation into the doctor’s behavior, according to the lawsuits filed in 2018 in Philadelphia.

‘Drexel hired Cruciani after conducting a thorough background check, as is done with all potential employees, that did not reveal any improper or illegal conduct,’ the statement said.

In September 2017,  Cruciani was arrested on charges of multiple counts of indecent assault and a single count of indecent exposure. Two months later, he was sentenced to serve seven years probation in connection with the allegations in Philadelphia.

While he avoided jail time, he was forced to give up his license and to register as a sex offender. He was also fired from Drexel University following his conviction.

During his sentencing, Cruciani apologized for the pain he had caused victims.

Months later in February, Cruciani was arrested for the set of disturbingly similar allegations out of New York.

Azza AbuDagga, a researcher with Public Citizen’s Health Research Group, told the New York Times that Cruciani’s ability to continue seeing patients despite the slew complaints against him isn’t atypical.

‘If that standard isn’t adopted, we’re not going to be anywhere close to solving the problem.’