Are you one of those people whose afternoons are dominated by a post-lunch energy slump?

Join the club: it’s an incredibly common experience, and even has its own name — postprandial somnolence, otherwise known as a food coma.

This is an area where science is still unravelling the causes, although, as I shall explain, there are plenty of ways we know to combat it.

But first, what might be behind that wrung-out feeling after a meal?

One of the major players is thought to be serotonin, the so-called happy hormone that, among other things, helps moderate our mood.

It is made from an amino acid called tryptophan, which is found in protein-rich foods. When we eat foods high in tryptophan, such as cheese, salmon, poultry, seeds, milk and eggs, this encourages the production of serotonin in the brain.

Eating tryptophan-rich foods alongside rapidly absorbed carbohydrates — such as white bread, pasta and rice, cakes, biscuits and sugar — encourages the faster absorption of tryptophan (helping it push its way into the brain). This, in turn, cranks up the serotonin production.

Knowing you need to improve your lifestyle for health reasons is one thing; achieving those changes is another story, and can be overwhelming — and frustrating — with the constant messages about, frankly, unrealistic habits you have to adopt 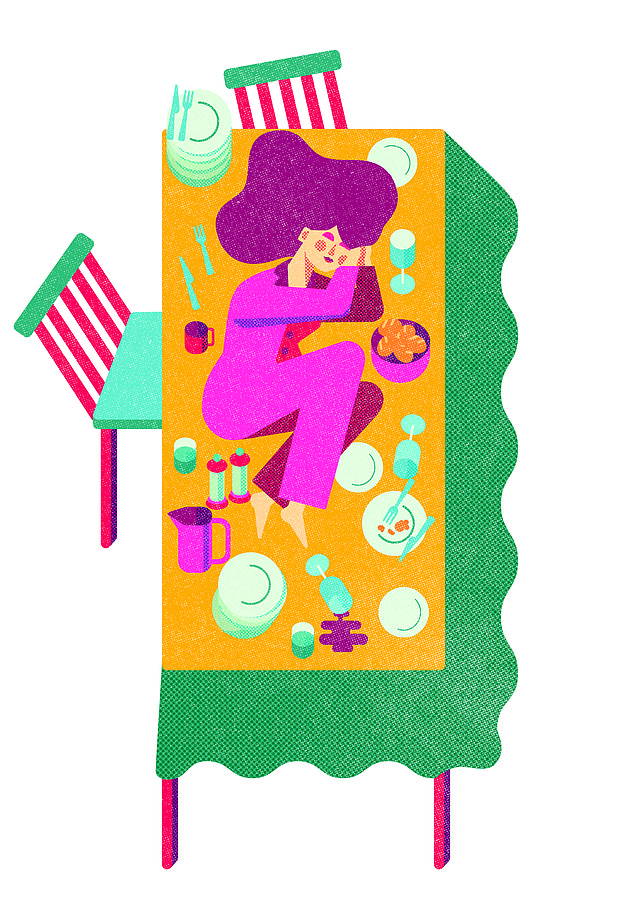 Are you one of those people whose afternoons are dominated by a post-lunch energy slump? Join the club: it’s an incredibly common experience, and even has its own name — postprandial somnolence, otherwise known as a food coma

This might sound like a good thing but the drawback is that as well as making you feel cheerier, serotonin may also make you feel a bit sleepy.

So while your white bread cheese sandwich or that chicken curry and white rice may give you a feel‑good moment, the chances are that 30 to 40 minutes later (the timeframe for various physiological mechanisms to kick in), you will suddenly feel very tired. While this is still a theory, from a scientific point of view it makes sense.

Why does this happen after lunch and not, say, after a breakfast of white toast and milky coffee?

The most likely explanation is that in the first part of the day, your cortisol levels are at their highest. This is the hormone that helps you feel alert — levels peak in the morning and drop through the rest of the day. So after breakfast, high cortisol levels help counteract those sleepy feelings.

Serotonin isn’t the only cause of the food coma feeling.

As the temperature drops, our appetite for warming, nourishing soups increases. This fibre-rich dish is easy to make and packed with slow-release energy to help us avoid that post-lunch slump.

Chop all veggies in half (removing the stems and seeds from the peppers — and chilli, if using — and cutting the garlic right through the middle). Place them in a large roasting tray (put both halves of garlic face down). Coat the veg with oil, adding all herbs and spices and tossing to evenly distribute.

Roast in the oven at 180c/gas mark 4 for 35 to 40 minutes. Then squeeze the garlic out of the skins and add contents from the tray (with all juices) to a bowl for blitzing. Stir through the stock and blend your soup. Add the butterbeans and adjust the seasoning to taste. Stir through the Greek yoghurt, if using, before serving with sourdough bread or wholegrain crackers.

Keeps in the fridge for three days and in the freezer (excluding the yoghurt) for two months.

After any meal, the blood flow to the rest of your body reduces as it’s directed to supplying the extra energy needed by the digestive organs, such as the gut.

This increased blood flow has been shown to peak 20 to 40 minutes after eating and lasts for up to two hours.

The more you eat, the more the blood flow to other parts of the body is reduced — and this can mean other bodily processes are slowed, making us feel tired.

Researchers at Loughborough University put this concept to the test, by comparing the effect of a light and heavy lunch (around 300 calories versus 900 calories) on driving skills and alertness.

Using a driving simulator, they tasked the lunch eaters with a two-hour, monotonous drive. The results, in the journal Physiology & Behavior, showed that the participants’ driving and alertness were worse 30 minutes after the heavier lunch than when they had the lighter lunch.

There are other possible mechanisms: for instance, the hormone orexin stimulates hunger and alertness, but its production halts after eating, meaning — you’ve guessed it — we feel tired.

Whether there was any evolutionary advantage for this is still up for debate.

One way to counter this is to go for a walk immediately after eating. This encourages the muscles to take in the blood sugar, which can blunt blood sugar spikes (and any subsequent slump), as well as diverting more blood to the organs not involved in digestion, so helping you to feel more energised.

It doesn’t even need to be a long one — ten minutes of brisk walking should do the job.

There is another, far more unusual approach under investigation. Research has shown that exposure to bright light for around 30 minutes after lunch can help counter the afternoon energy dip.

In a study in China, students who usually had a post-lunch nap were exposed to bright blue light of different strengths, 100 or 1,000 lux, after they’d eaten lunch.

Those who had the brighter light exposure were more alert and in a better mood after lunch, and didn’t need their usual nap, the journal Frontiers In Public Health reported last year.

This backed up findings from a 2015 study (published in PLoS One) involving ten volunteers using a bright light of 2,000 lux for 30 minutes after lunch.

Why would light help? It’s thought that the blue light stimulates the part of the brain associated with alertness, which appears to override the other hormonal actions resulting from your meal. 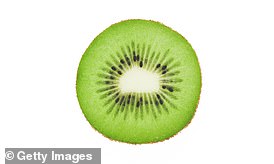 Eating the skin of kiwi fruit can increase its fibre content by 50 per cent and boost folate (a B vitamin) and vitamin E by more than 30 per cent. Don’t like the fuzzy texture? Slice it thin in wheels and you’ll hardly notice it.

Light boxes are available to buy for around £40 online and this might be worth a try if you struggle to find the energy to cope with afternoon meetings, for example.

A more straightforward approach is to consider what and when you eat.

If you get tired after eating big meals, you could split them into smaller, more regular servings.

Other things to watch include your caffeine intake — a lot of people fall into a vicious circle of relying on caffeine to keep them awake, which then makes them less able to sleep at night, and results in afternoon sleepiness.

Research shows that those who get less than seven hours of sleep each night are much more likely to be affected by that post-lunch energy slump.

That’s why I usually suggest people switch to decaf after 12pm. If you need a lift after that, try having a weak tea or make a coffee that’s half decaf/half normal.

These aren’t big changes but they can make a difference — and for most of us, the chance of more energy must be too good to turn down.

I’m 85 and take low-dose antibiotics daily for a recurring urine infection due to kidney stones. I buy live dairy products but would like to take probiotic supplements to feed my gut.

It’s great to hear that you’re aware of the importance of supporting your gut health alongside your prescribed medication.

Regarding probiotic supplementation, unless you find that the antibiotics are leading to specific gastrointestinal upset, such as episodes of diarrhoea, then there isn’t convincing evidence that you will benefit from a probiotic.

If, however, you were taking a high-dose, short-term course of antibiotics, I would recommend taking the probiotic Saccharomyces boulardii or lactobacillus rhamnosus GG (which can be found online or on the High Street).

In the case of low-dose, long-term antibiotics, to support your gut I would increase the variety of fermented ‘live’ foods beyond dairy to include vegetable sources such as sauerkraut (make sure the jar says ‘live’ or make your own) and kimchi.

It’s also important to ensure you are including a variety of plants such as beans and pulses, and nuts and seeds, most days. This provides your gut bacteria with sufficient fertiliser to keep them thriving, despite the antibiotic load.