Season two of The Gilded Age has begun production.

Filming began earlier this month in Newport, Rhode Island, where many of the magnificent homes built by some of America’s richest families are located and used as the backdrop for the show. And shooting also takes place in New York state.

A first photo for the new season was shared showing filming on the period show.

The Gilded Age is expected to be ready for the small screen sometime in 2023.

Most of the cast will be returning with the exception of one actor.

Louisa Jacobson, 30, stars as their orphaned niece, Marian Brook, who comes to live with them after her father dies. 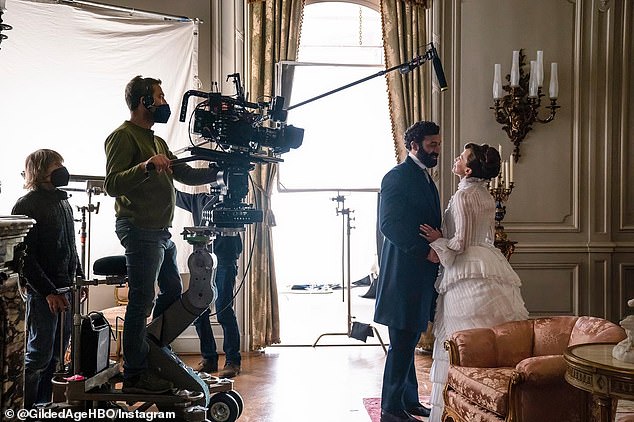 First: A first photo for the new season was shared showing filming on the period show. The Gilded Age is expected to be ready for the small screen sometime in 2023 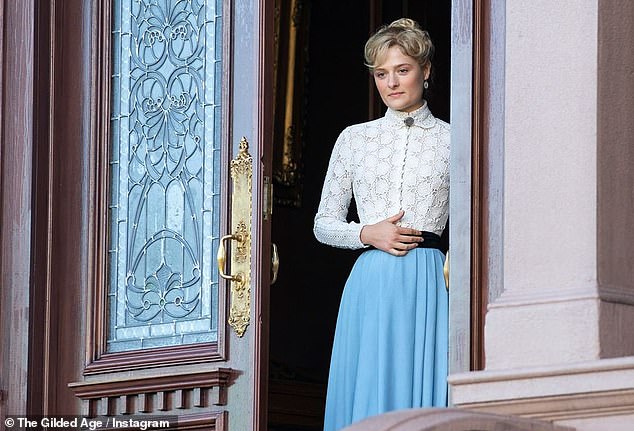 Ingenue: Louisa Jacobson, 30, will return to her role as ingenue Mario Brook, so doesn’t always understand or agree with the rules that governed New York society in the late 19th century

Marian is a freethinking young woman who doesn’t always agree with her aunts’ strict adherence to the societal rules which governed New York City in the late 19th century.

Just across 61st Street, the ‘new money’ Russell family, headed by railroad baron George and social climber Bertha, played by Morgan Spector and Carrie Coon, will continue their efforts to make strides in business and society.

The Russells are extremely wealthy, but not from the same social class as their neighbors who make up the major families of the Manhattan elite. 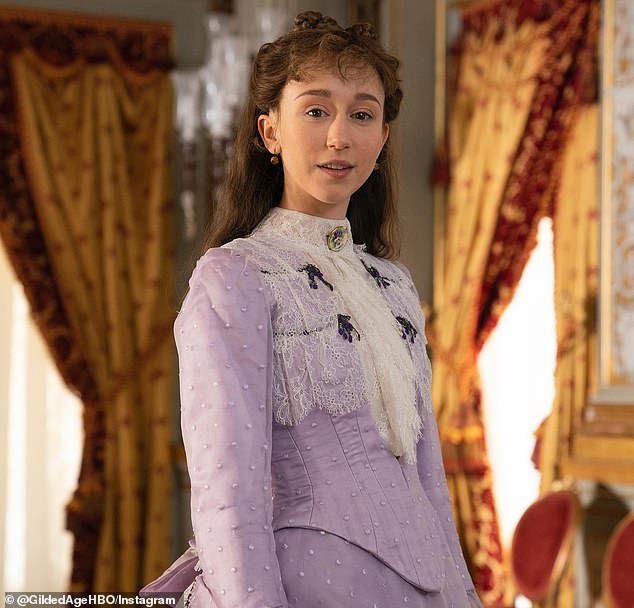 Debutant: Taissa Farmiga, 27, stars as debutant Gladys Russell, who bristles against her mother’s tight hold over her actions 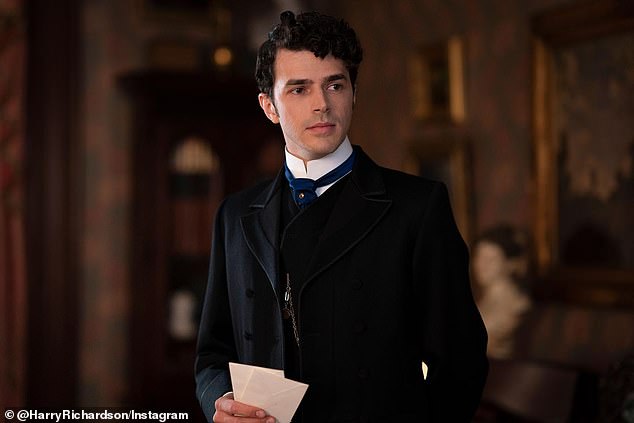 Destiny: Harry Richardson,29, portrays Larry Russell in The Gilded Age as a young man who wants to make his own destiny 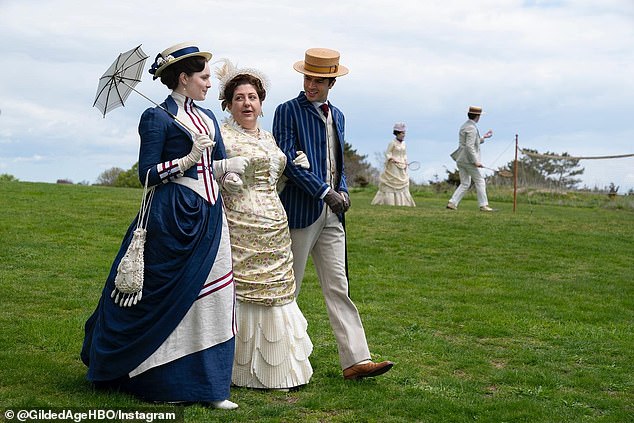 Opulence: The HBO series is set against the opulence that was the calling card of New York society in the late 1800s

Their characters are based on some real life ‘interlopers,’ William and Alva Vanderbilt who built their own grand mansion in 1883.

Show creator Julian Fellowes even included some of Alva’s antics in the series, including a stunt to make sure the reigning matron of society, Mrs. Lina Astor, played by Tony winner Donna Murphy, would grudgingly attend the Russell daughter’s coming out ball.

The Russell children, Gladys and Larry, played by Taissa Farmiga, 27, and Harry Richardson, 29, are trying to figure out where they belong in the world, in spite of their parents’ domineering ambitions.  Gladys bristles against her mother’s tight control over her actions and wants more freedom. Larry is seeking to determine his own destiny. 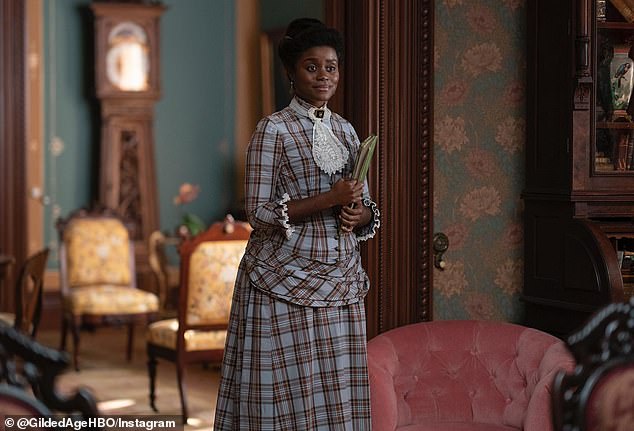 Working woman: Denee’ Benton is returning to the series as up and coming journalist Peggy Scott. The program has been praised for portraying African Americans as more than servants 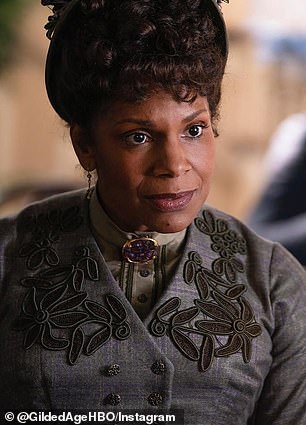 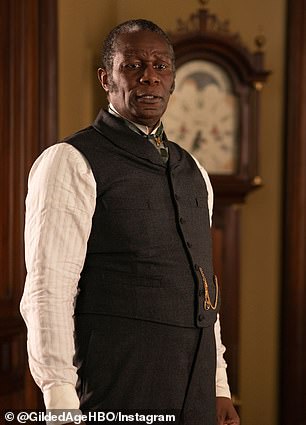 Also returning to this world of opulence is Denee’ Benton as up and coming journalist Peggy Scott.

Peggy has to contend with her own issues at home, including a domineering father, played by British actor John Douglas Thompson. Her supportive mother, Dorothy, is played by Tony and Grammy award winner Audra McDonald.  Audra and Christine are both co-stars in the CBS legal series The Good Fight.

The HBO series has received some praise for showing African Americans as more than servants, but not doing enough to demonstrate the racial prejudice they had to deal with on a daily basis. 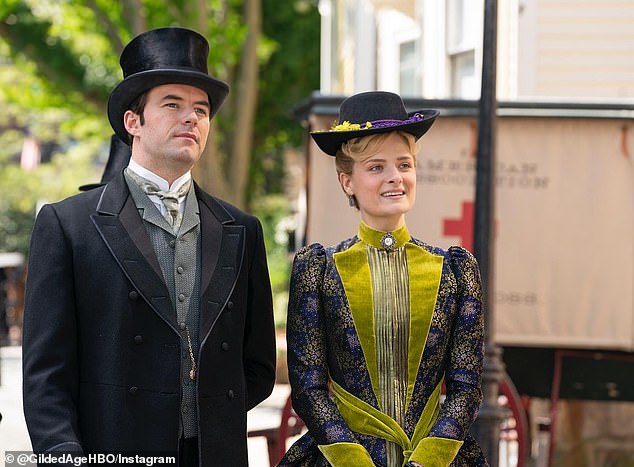 Australian Thomas Cocquerel, 32, who starred as Marian’s social climbing love interest Tom Raikes, will not be returning to the series after breaking her heart in the season finale.

Jeanne Tripplehorn, who played scarlet woman and social outcast Sylvia Chamberlain, will be making an appearance in season two. 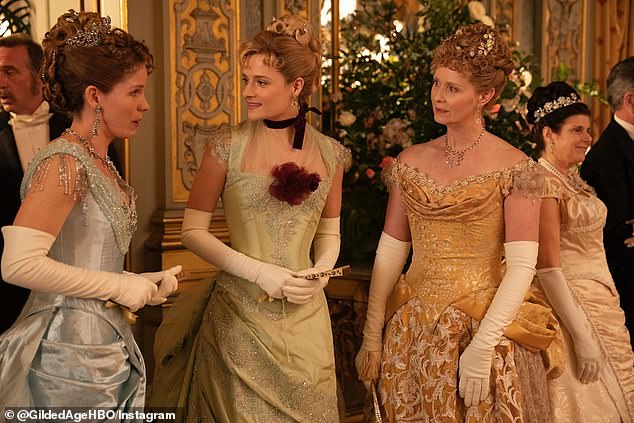 Filming: Filming began earlier this month in Newport, Rhode Island where many of the mansions that serve as the backdrop for the series are located