American actor and star of the ‘Flash,’ Ezra Miller, 30, has narrowly avoided jail time after accepting a plea deal in connection with a break in at a southern Vermont home May last year.

The 30-year-old ‘Flash’ actor agreed to a suspended sentence of 89 to 90 days in jail for the misdemeanor of ‘unlawful trespass,’ according to a plea deal filed with the Vermont Superior Court in Bennington on Friday.

Miller, who identifies as non-binary and uses they/them pronouns, will also be fined $500 plus a $192 surcharge and be placed on probation for a year.

Two other charges were dropped, including a felony burglary charge that could have carried a sentence of 25 years in prison.

American actor Ezra Miller, 30, has narrowly avoided jail time after accepting a plea deal in connection with a break in at a southern Vermont home in May last year. The 30-year-old ‘Flash’ actor agreed to a suspended sentence of 89 to 90 days in jail for the misdemeanor of ‘unlawful trespass’

Vermont Police charged Miller with felony burglary of an unoccupied dwelling May 1, with the actor claiming they were in the house to look for ingredients for a recipe for their mother.

Miller was accused of taking bottles of gin, vodka and rum from their neighbor’s pantry on that day at around 5pm in the afternoon.

They told their attorney on Friday that they were grateful for the love and support they received.

‘Ezra Miller pled guilty this morning to a misdemeanor unlawful trespass in Vermont Superior Court and accepted the conditions imposed by the court,’ Miller’s attorney Lisa Shelkrot said on behalf of the embattled actor.

‘Ezra would like to thank the court and the community for their trust and patience throughout this process.

‘They would once again like to acknowledge the love and support they have received from their family and friends, who continue to be a vital presence in their ongoing mental health.’ 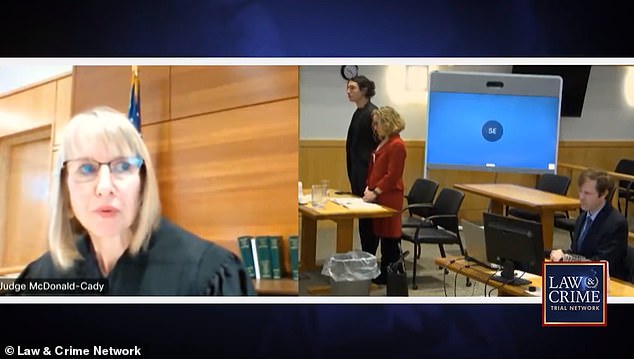 In a video from the Vermont court on Friday, Miller was seen to plead ‘guilty’ while standing beside their attorney and speaking to Judge Kerry Ann McDonald-Cady 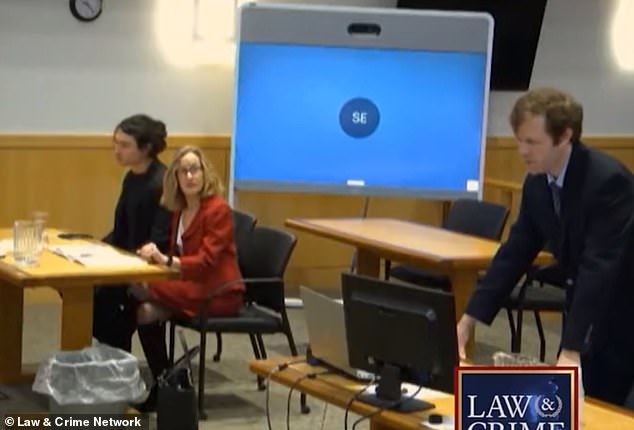 Actor #EzraMiller, best known for his role as “The Flash,” appeared in Vermont court Friday and accepted a plea deal to avoid jail time for his role in an alleged alcohol theft dating back to May. pic.twitter.com/52WuKtZRmW

Miller, who asked that the court address them as Mx. Miller, entered the courtroom at the beginning of the hearing with their lawyer.

They wore a black suit jacket over a black crewneck shirt and pants and a black face mask with their long hair pulled back, as seen in videos of the proceedings on Twitter.

The prosecutor said in court Friday that this resolution protects his client’s privacy without having to go to trial.

It also ensures compliance with conditions that would protect the victim and allows the defendant to continue employment with mental health treatment.

‘I do find they strike the balance of both your rehabilitation and continue to make sure that you’re a healthy citizen and also a punishment factor here,’ said Judge Kerry Ann McDonald-Cady of the deal terms.

‘So I do find this an appropriate sentence and in the interest of justice.’ 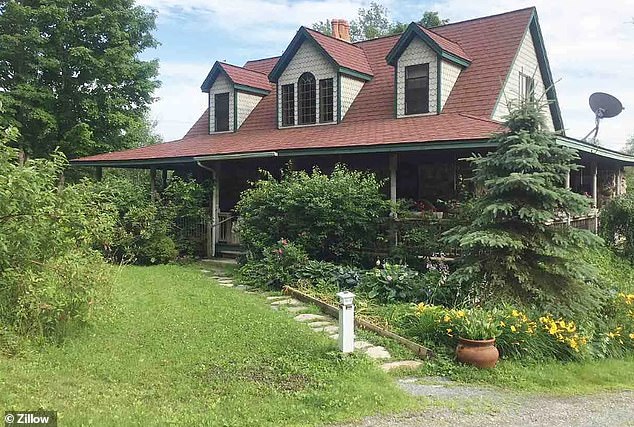 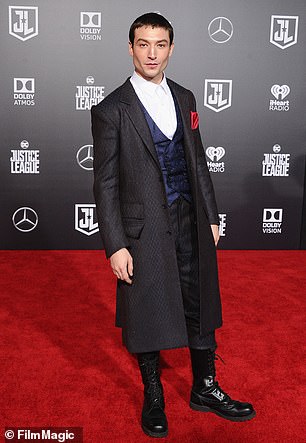 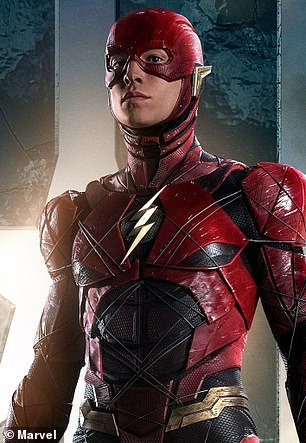 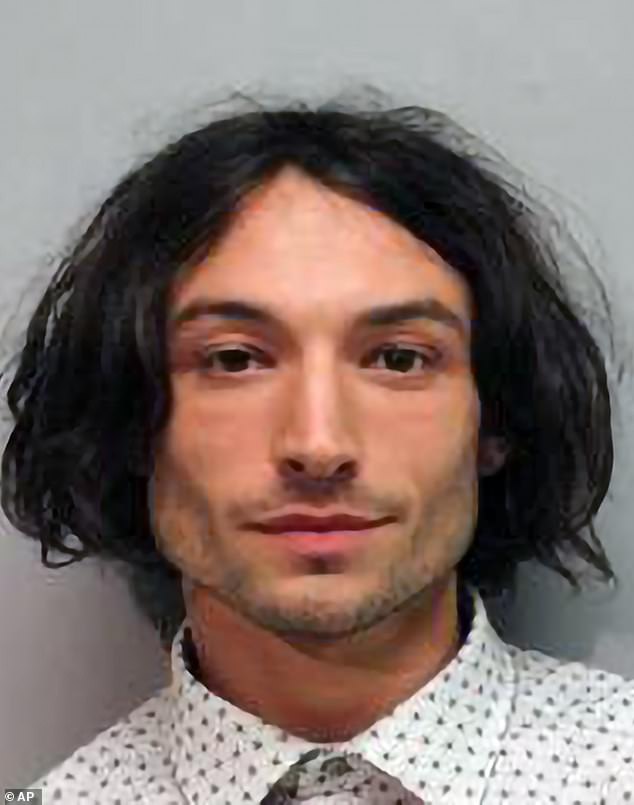 Miller (pictured in a mugshot taken for separate charges in Hawaii) will also be fined $500 plus a $192 surcharge and be placed on probation for a year. Two other charges were dropped, including a felony burglary charge that could have carried a sentence of 25 years in prison

She added that the conditions are ‘about mental health, substance-free living’ and no contact with the neighbor.

As part of the plea agreement, Miller also agreed not to consume alcohol if it interfered with their employment or interaction with others and the actor must continue with rehabilitation efforts around their mental health treatment.

McDonald-Cady then went over the state’s standard probation conditions, including the requirement to notify their probation officer of any employment or address changes and told Miller to check in with probation before 3 pm Friday.

The 30-year-old Flash actor had previously pleaded not guilty to charges of unlawful trespassing, two charges for burglary to an unoccupied dwelling and petit larceny for allegedly breaking into a Vermont home and stealing three bottles of alcohol. 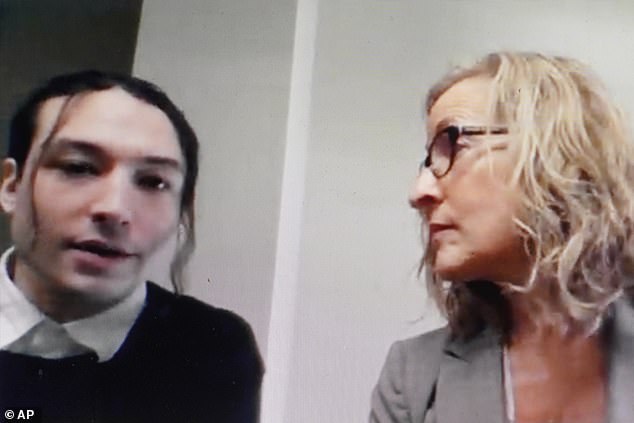 Miller had previously pleaded not guilty to the charges, claiming they were getting ingredients for a recipe for their mother and can be seen here with attorney Lisa Shelkrot who said in a statement that Miller had wanted to acknowledge the ongoing love and support of family and friends

Vermont State Police said in a statement at the time they were notified of ‘a burglary complaint at a residence on County Road in the town of Stamford, Vermont.

‘The initial findings indicated that several bottles of alcohol were taken from within the residence while the homeowners were not present,’ the statement continued.

‘As a result of an investigation that included surveillance videos and statements, probable cause was found to charge Ezra M. Miller with the offense of felony burglary in an unoccupied dwelling.’ 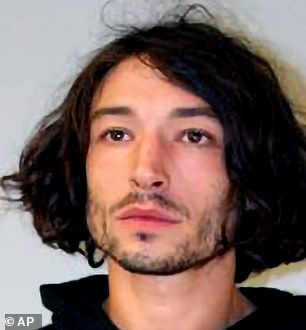 They were arrested in August, and entered their now defunct not guilty plea in October when a judge ordered they stay away from neighbor Isaac Winokur – the house they stole the bottles from, as well as neighbor Aiden Early.

The actor spoke only to confirm that they understood the conditions of their bail.

It was just the actor’s most recent run-in with the law.

They had also been accused of grooming, after the parents of Tokota Iron Eyes, a Native American activist, 18, filed a protection order against the actor.

Her parents accused Miller of grooming their child and other inappropriate behavior with her as a minor from the age of 12 – which has been disputed by Tokota.

A Massachusetts mother was granted a temporary order of protection against Miller in June, on behalf of the woman’s 12-year-old child.

It was granted after the judge found the child faced ‘substantial likelihood of immediate danger of harassment.’ 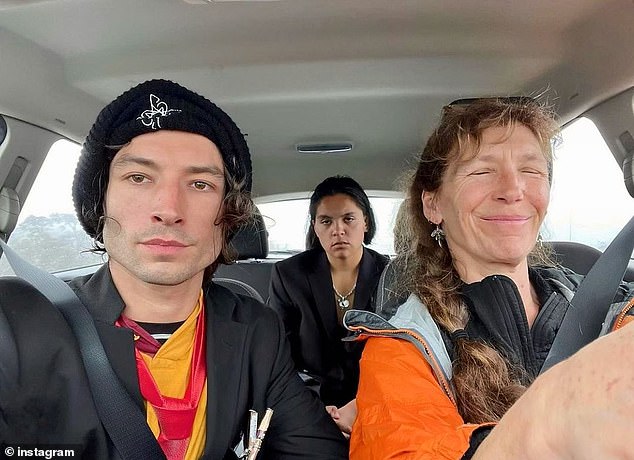 Miller has been accused of ‘grooming’ and ‘brainwashing’ Tokata Iron Eyes, 18 (backseat), who is a member of the Standing Rock Sioux tribe. They are pictured together here in a car 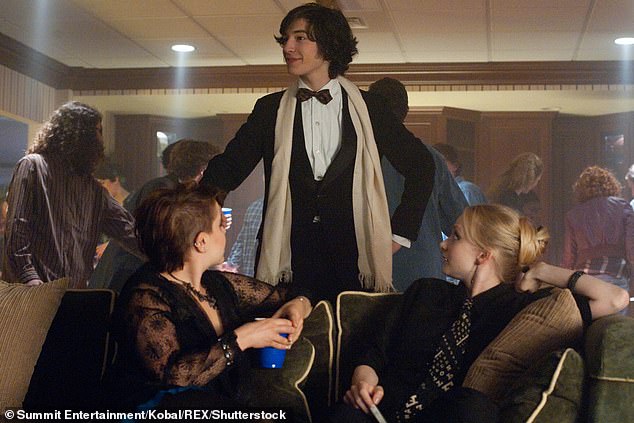 A mother-of-three and her young children have also moved into Miller’s Vermont farmhouse which is allegedly filled with guns and large quantities of marijuana.

The father of the children claims that the mother, 25, left their island home in Hawaii with Miller in April, and took the children without his consent.

It’s also claimed they created a secret harem out of their Vermont ranch – a de facto convent – where the star is claimed to have asserted themselves as a Jesus figure over a group of women.

They were accused of shouting and swearing at customers as they sang karaoke at a bar in Hilo, as well as grabbing a microphone from a 23-year-old woman.

At a court hearing for the incident, they pleaded no contest to one count of disorderly conduct and paid a $500 fine. 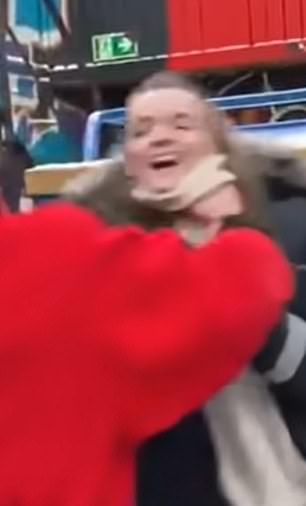 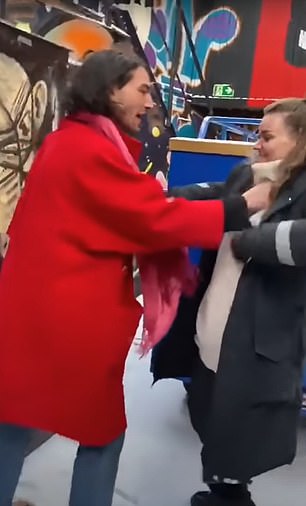 A video surfaced on Twitter of Miller appearing to choke a woman at a bar in Reykjavik, Iceland, in April 2020 – but did not appear to result in any charges 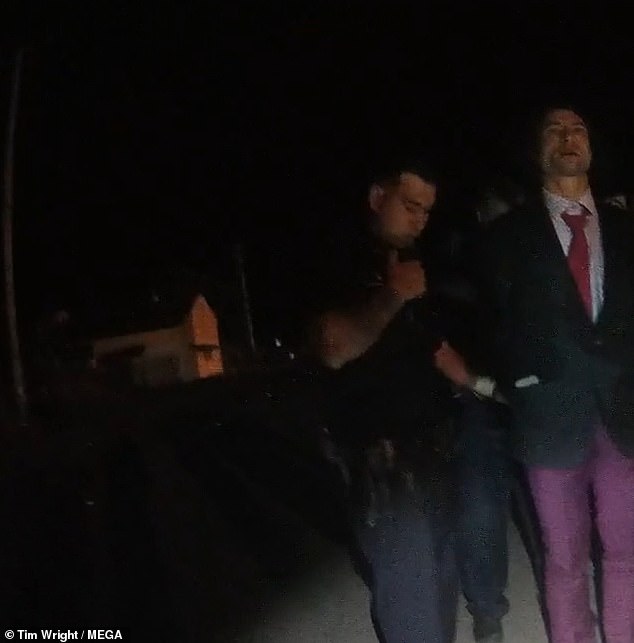 In April, one month later that year, the star was accused of throwing a chair at a 26-year-old woman, hitting her at a private party in Pahoa.

A video of Miller appearing to choke a woman at a bar in Reykjavik, Iceland, also surfaced in April 2020, but did not result in any charges.

In August Miller announced that they were seeking treatment for ‘complex mental health issues’, after Hollywood bosses were forced to reconsider their future in the DC’s cinematic universe.

They said in a statement: ‘Having recently gone through a time of intense crisis, I now understand that I am suffering complex mental health issues and have begun ongoing treatment.’

‘I want to apologize to everyone that I have alarmed and upset with my past behavior. I am committed to doing the necessary work to get back to a healthy, safe, and productive stage in my life.’

The actor stars in the ‘Flash’ movie, an insider telling The Wrap that early screenings had scored positive feedback.

It will feature Miller as the titular superhero encountering other versions of themselves and Supergirl from other timelines.