The FA are probing a angry on-field confrontation between Arsenal and Liverpool players during Sunday’s pulsating clash.

Both sets of players clashed in the second half, just moments after referee Michael Oliver awarded the Gunners their decisive penalty, amid angry scenes on the field.

Oliver ran over to the touchline to speak to both Mikel Arteta and Jurgen Klopp after a row, during which angry words were clear exchanged between Arsenal and Liverpool players. 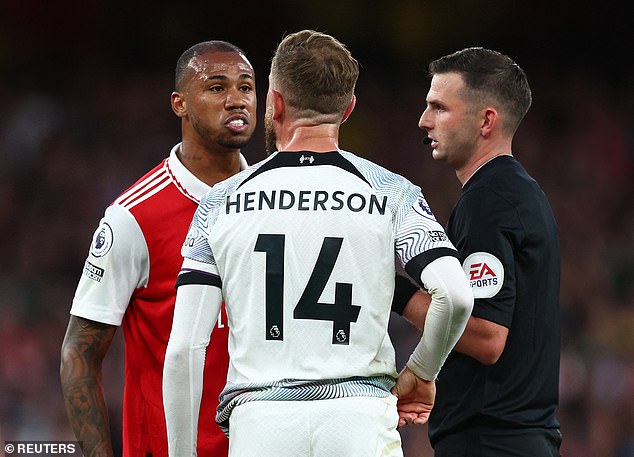 A number of stars from both sides were involved in the heated argument, with Arsenal defender Gabriel Magalhaes and Liverpool captain Jordan Henderson squaring up to one another. Gunners midfielder Granit Xhaka swiftly arrived on the scene to support his teammate.

It is understood that Oliver made the managers aware of something one of the players was alleged to have said to an opponent.

Similarly, both both bosses are believed to have spoken to Oliver after the final whistle and now the matter has been referred to the Football Association. 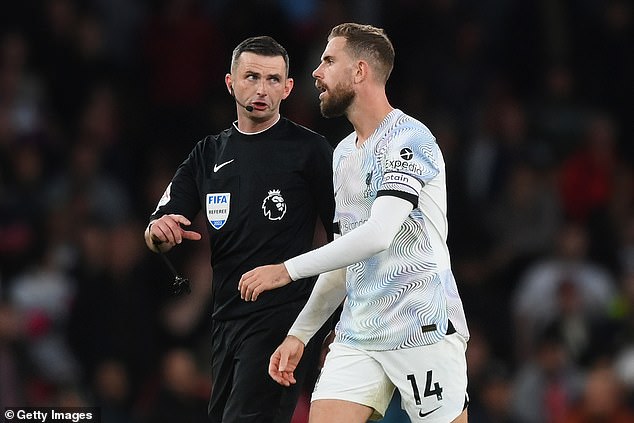 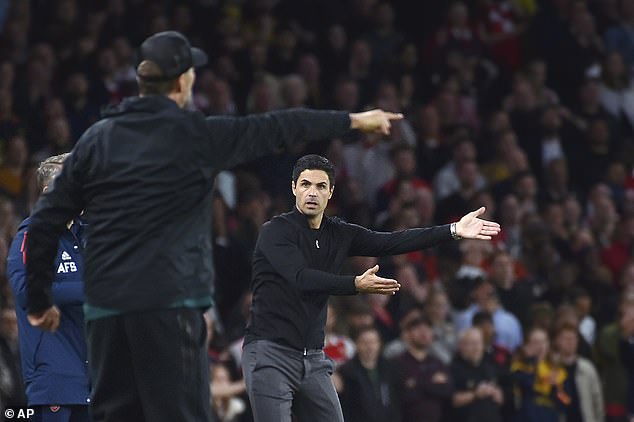 Both managers spoke to Oliver again after the game, and the incident was referred to the FA

It remains to be seen if the governing body launch a full scale investigation but the FA will talk to the match officials before deciding whether to take further action.

An FA spokesperson said: ‘We are aware of an incident that took place during the match between Arsenal and Liverpool.

‘We are in dialogue with the match officials and will review the details of the incident.’