Australians locked out of the local property market thanks to soaring prices can still own a treasured piece of brick and mortar – if they’re willing to take a chance on the other side of the world.

Towns and villages across Europe are stemming falling rural populations by enticing foreigners to move there through incredibly cheap housing, bargain rent and straight up cash handouts.

Many towns in Italy sell houses for $1.50, but there are also schemes offering far better homes that need very few renovations for bargain basement prices.

The mayor of Troina, a medieval town in Sicily with a population of about 8,800, not only pays people to move there but also offers perks such as free kindergarten, and ‘restyle bonuses’ of up to €20,000 ($29,000) for ‘green’ renovations of old cheap homes.

Swiss village Monti Sciaga, near the Italian border, offered nine properties (including the one pictured) for 1 Swiss franc ($1.42) each 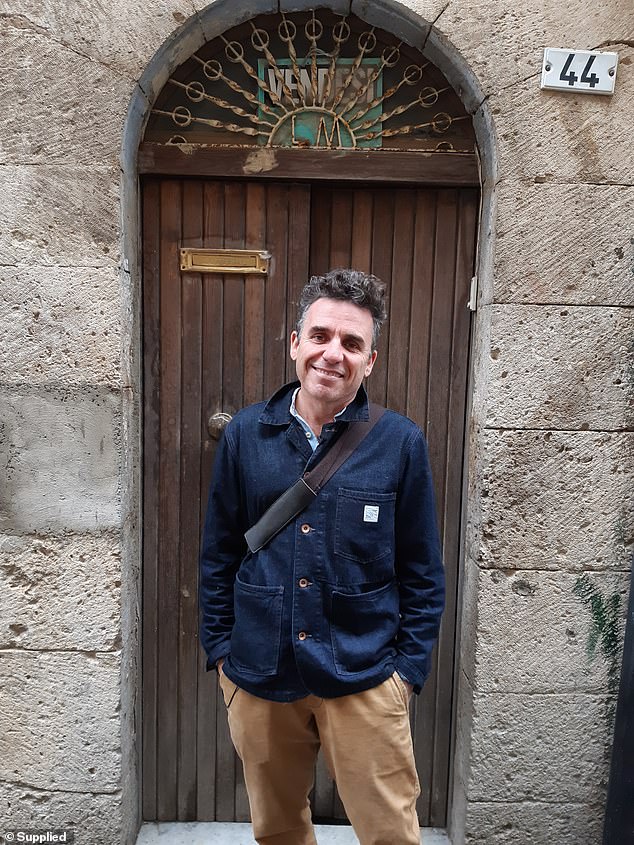 Australian Danny McCubbin is pictured outside the house in Italy he bought for $1.50 under a scheme to repopulate rural villages and towns

‘If you buy a fully-renovated house in the town’s ancient district, and want to take up residency among us, the town hall will also gift you up to €8,000 ($11,700),’ Sebastiano Venezia said.

With the average Australian house price now $1.1million – and a detached house in Troina on sale for $55,500 – the dream of owning a property to live in, or even as a summer getaway, is no longer unrealistic.

The pandemic, with its work-from-home rules, has also proven that staff don’t need to be chained to an office to remain productive.

But it’s not just Italy – there are many other towns and villages across Europe looking to attract people to help repopulate rural districts. 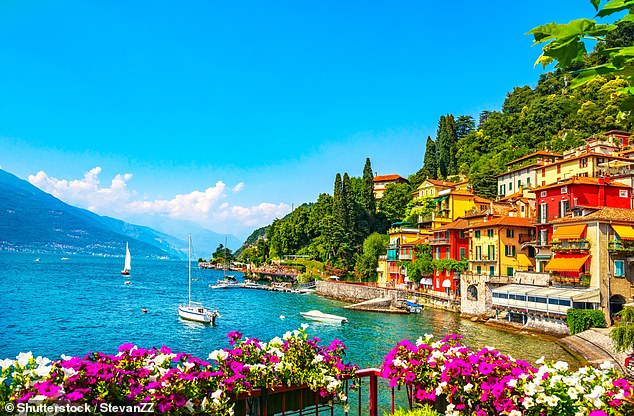 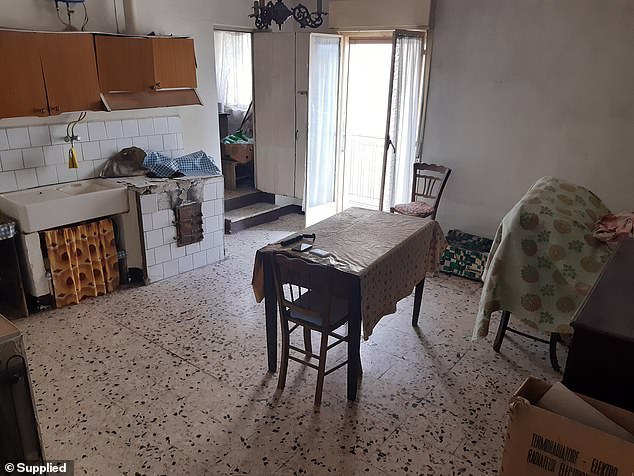 The kitchen (pictured) of the house Danny McCubbin bought for $1.50 on the Italian island of Sicily. He ditched plans to renovate the home after realising it had too many structural issues and bought another for €8,000 ($11,700), which he is now living in as it only needed minor renovations

Italy is still the country best known for offering dirt cheap housing to move there.

Italy has suffered from rural depopulation for decades as people move to cities for work.

Around 2,500 towns across Italy are on their way to becoming ghost towns.

Offering houses for next to nothing is a way of trying to repopulate the towns with younger people, both from other parts of Italy and abroad.

But there are other, so called ‘premium houses’ available in Italy for about €8,000 ($11,700) which need far less work done before moving in.

After looking at a few towns selling €1 houses, Mr McCubbin settled on Mussomeli, a town that has housing for 40,000 people but a population of only 11,000, with many old homes having been left abandoned for years.

The town now gets around 1,000 emails a day asking about the €1 homes.

‘I loved the fact that Mussomeli was very remote. It’s in the centre of Sicily. I grew up in the country with farming and the land in my soul,’ Mr McCubbin said.

The €1 house stood still during the pandemic for a year and the two houses either side caused a lot of damage into it.

‘By the time I went to renovate it the cost had skyrocketed. Building costs had gone up in the town and then the house crumbled even further.’

He found a more suitable house that only cost $11,700 – and just needed minor renovations.

He’s now been living there for more than a year, and said a lot of people are now buying the premium houses rather than the €1 ones.

‘It’s less of a risk. You aren’t buying something that could cost a lot of money to renovate,’ he said.

He knows he made the right choice. 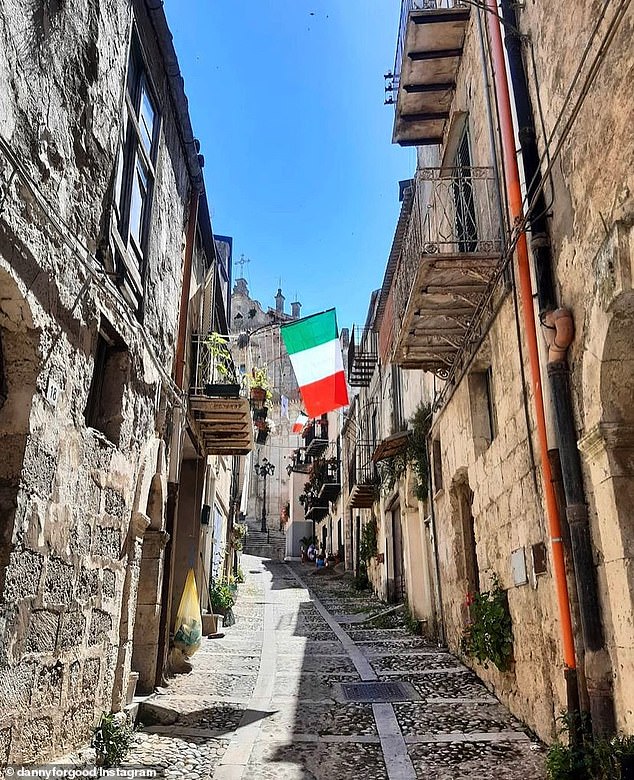 A medieval street in the town of Mussomeli, Italy, where Australian ex-pat Danny McCubbin bought a house for €1

‘I don’t have any building skills and I’m not a great handyman, but I could tell with this house that the foundations were pretty good and that it was in a pretty good state compared to many of them, some of which are just rubble.’

Some Italian towns found the €1 house scheme did not work for them, so they tried other avenues to attract new people to old properties.

Carrega Ligure mayor Luca Silvestri said it got too complicated trying to find out who exactly owned some of the abandoned houses.

‘So we thought the best way was to help locals willing to offload their old homes by giving them an online platform, handled by village authorities, where they can either sell or rent the properties. Supply meets demand,’ he told Italian news website The Local.

The town of Latronico also changed tack. Deputy mayor Vincenzo Castellano said, ‘Paradoxically, having given up on the €1 home project has turned out to be very successful.’ 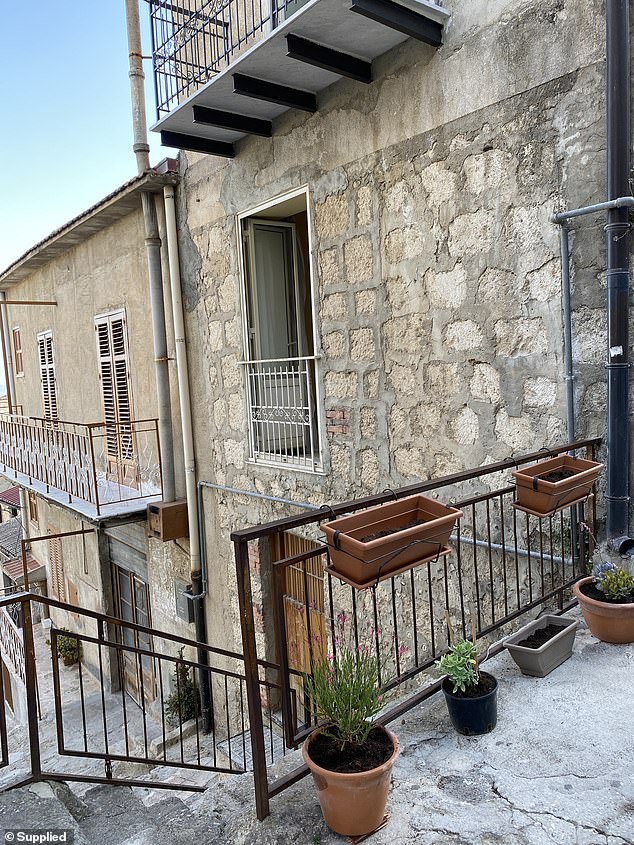 Danny McCubbin bought another home (pictured) for $11,700, after realising the $1.50 home needed too many structural repairs

Regions such as Piedmont, Emilia Romagna and Molise have brought in a ‘residency income’, paying families up to €30,000 ($43,760) for three years to live in a rural or mountain village with fewer than 2,000 residents.

If you want to check things out before buying, discounted rental properties are available in some places.

A WORD OF CAUTION

That is still vastly cheaper than anything you will find in Australia, of course, but if you really are on a very tight budget, it might end up cheaper to pay more for a house, such as the €8,000 ($11,700) houses in Sicily, which need a lot less work done before you move in.

Unless you have a parent or grandparent from the country you are considering moving to, you will need a visa.

The embassies and consulates of these countries will help with that process.

The good news is they want you move there, so it should not be too difficult, but it is another cost to factor into your budget.

Santa Fiora in Tuscany pays up to 50 per cent of the rent of digital nomads up to €200 euros, for stays of up to six months.

There are more details here and here.

In mid-2021 Legrad, a village in northern Croatia close to the border with Hungary started selling abandoned houses for 1 kuna, or about 22cents Australian.

To get one of these deals you must be under 40, financially solvent and commit to staying 15 years.

Prospective buyers in Portugal can snap up an array of bargain homes, with relaxed laws around money-lending to foreigners and residency for remote workers.

The municipalities of Castelo Branco in the central west, known for its stunning city garden and Beja in the south, home to a military air base, are among some of the cheapest in the vibrant country.

France took its time getting into the €1 house market, but got off to a big bang start with a house in Saint-Amand-Montrond about 300km south of Paris.

The house is 90 square metres and, just as in Italy, the plan is to get people to move to rural areas where a lot of people have left for bigger towns and cities.

The French system allows people to become property owners at a symbolic cost. In return, they must carry out renovation work according to specifications and not sell it for a certain period. 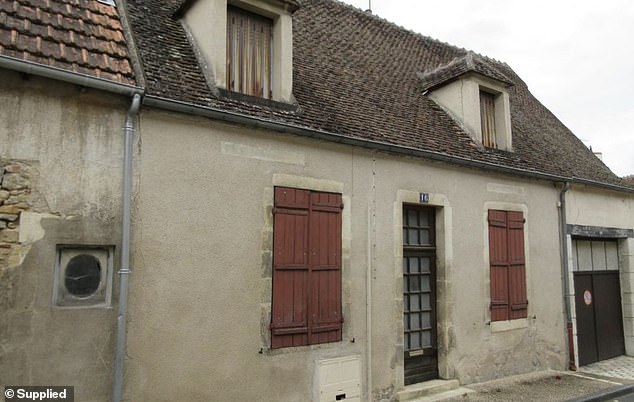 This 90 square metre house (pictured) in Saint-Amand-Montrond, France, was sold for €1

Among the towns selling homes for €1 is Roubaix near the Belgian border.

The historically industrial community of about 90,000 is famous for the Paris-Roubaix road cycling race but over the years has seen a sharp decline in its population.

To entice people back the city has offered up 2,500 abandoned buildings at ‘ridiculous’ prices.

But there is a catch. Prospective residents must promise to restore the property and cannot resell for at least five years.

It’s a similar story in selected areas of Champs-du-Boult in the idyllic Calvados-making region of Normandy.

Only about 400 people live in the area on a permanent basis with most of the homes owned by holidaymakers so the mayor brought in the €1 per 1 sqm home strategy to populate the area with young families prioritised above all applicants.

Each village assigns someone to welcome new arrivals and helps to get them set up.

With around 3,000 abandoned villages already, last year Spain stepped up its efforts to save other places from going the same way. 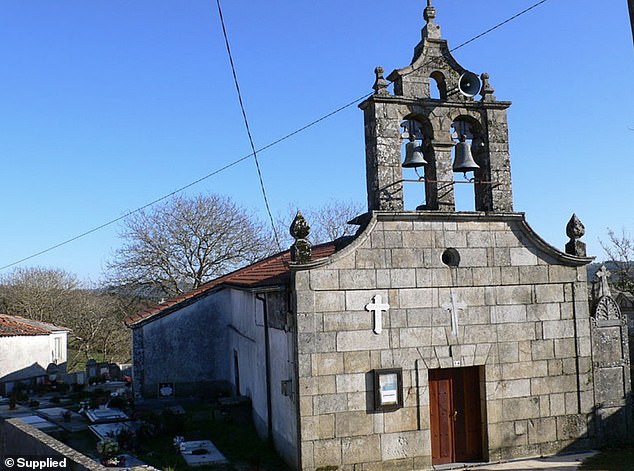 Spanish towns and villages such as the one pictured are offering families €3,000 to entice them to move there

Ponga, for instance, in the remote and mountainous north-west, offers families €3,000 ($4,400) to entice them to move there.

Those families could get another €3,000 for each baby born in the town.

For more details on moving to Spain, see here.

Monti Sciaga, near the Italian border in Switzerland’s Italian-speaking region, is offering nine properties for 1 Swiss franc ($1.42) each.

The mountain town has a lake view, but it is one of the most remote parts of Switzerland. Good for people seeking a quiet life, not so good if you’re looking for a party town.

If this sounds like your thing, there are more details here. 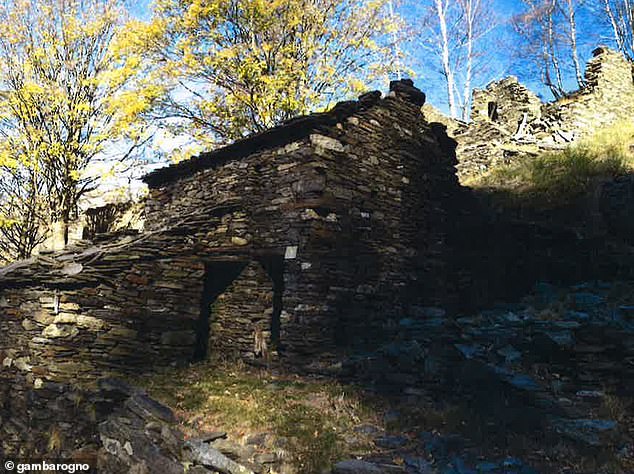 ‘The first thing I’d say is please don’t say that you’re looking at this as a financial investment.

Valeria Sorce (pictured centre), an Italian real estate agent selling houses for as little as €1, has a lot of keys to very cheap houses

‘Some people think they can buy a cheap house, get it renovated and then Airbnb it.

‘There’s just not enough people (visiting) to Airbnb in this town.

‘I’m quite adamant when somebody reaches out to me wanting to set up a B&B or set up a business, a restaurant or a cafe, I say to them, please don’t.

‘I also say to people, if you are thinking along those lines you’re taking business away from these beautiful people in this town who suffered economically (even) before the pandemic.

‘I always say please come to this town thinking of how you can enhance the community’s life here.

‘I had one couple who wanted to come here and open up a bike shop. I said ‘There’s already a bike shop here and the roads are really bad, please don’t come and do that’.

‘To Aussies, I always say, if you’re looking for a destination in Europe where you can have a second home, where you can arrive for a couple of weeks or a month, lock it up and go and happily come back again, then go for it.

‘I also say to Aussies, try to spend a month here first. You might not like the town. I love that it’s remote, there’s no train station here. There’s a cinema that shows a movie once a month, there’s no kind of high street, there are no traffic lights. 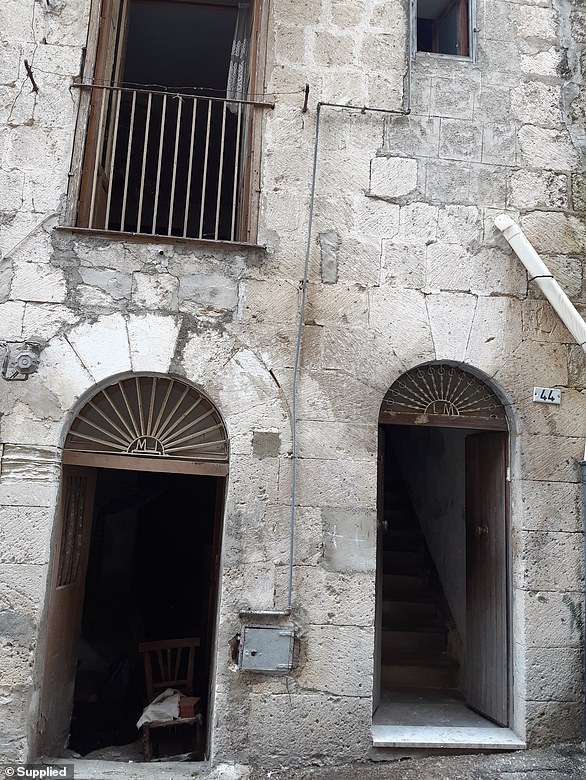 Queenslander Danny McCubbin bought a house (No 44, pictured) in Sicily for $1.50

‘The municipality, the mayor and deputy mayor, they are very forward thinking for a town that’s so remote, about how to welcome foreigners and the wi-fi is excellent.

‘If you work remotely, fantastic, that’s a great opportunity for you. But also I say, think of something that’s going to give jobs to the people of the town, that’s the most important thing.’