Wedding preparations are underway at the White House for a grand event of dancing, dessert and a presidential granddaughter walking down the aisle.

Wedding logistics can be a challenge for any bride but a White House wedding has the added complications of Secret Service background checks on guests, security screenings before people walk in the door, and questions from the White House press corps.

The South Lawn was a buzz with activity on Thursday and Friday with workers marking the aisle the bride will walk down to meet her groom.  Blue plastic on the ground showed the bride will exit out of the diplomatic room to her waiting groom.

And deliveries are being unloaded with multiple Ryder trucks on the driveway.

Across town, Maisy Biden, sister of the bride, took delivery of her dress at mom Kathleen Buhle’s residence on Thursday. She even left a note for the delivery drivers, imploring them: ‘My sister is getting married on Saturday. My dress is in this box. Please leave packages.’

The missive must have been successful as she was spotted picking up a box, a big grin on her face.

Meanwhile, the couple has their marriage license. Peter Neal posted a pic of him and Naomi at the Washington D.C. Marriage Bureau on Thursday, securing their license to wed.

Peter Neal and Naomi Biden at the Washington D.C. Marriage Bureau on Thursday ahead of their Saturday wedding at the White House 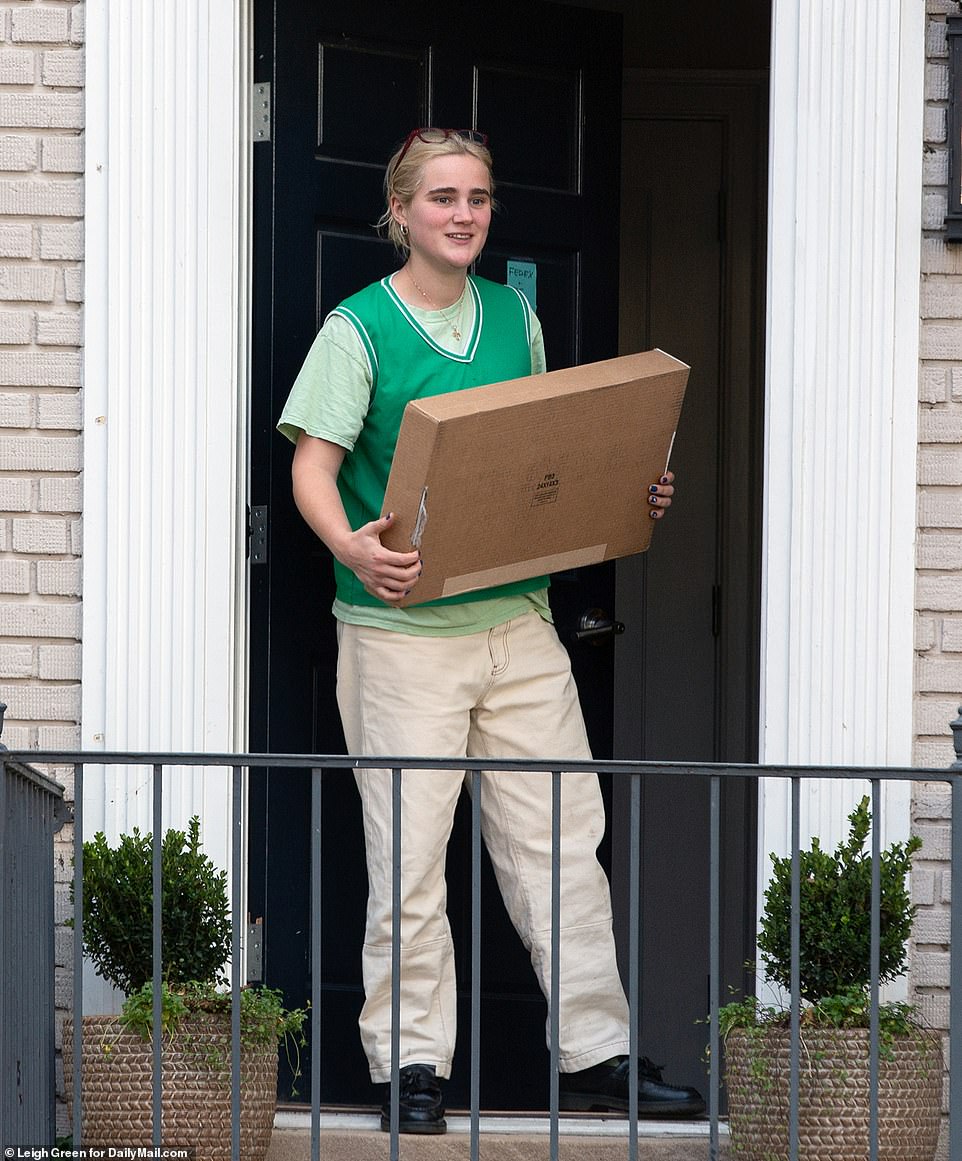 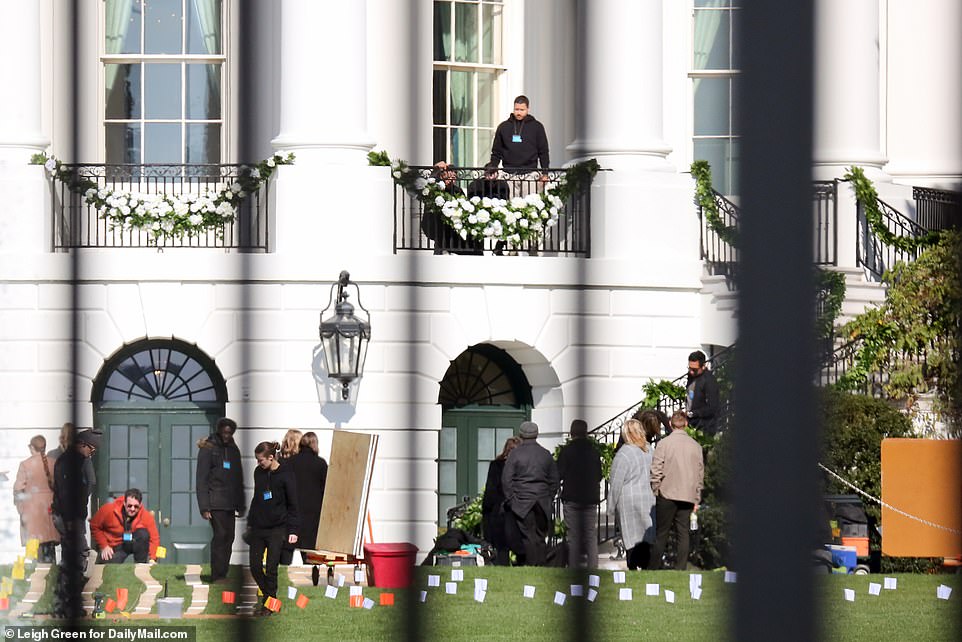 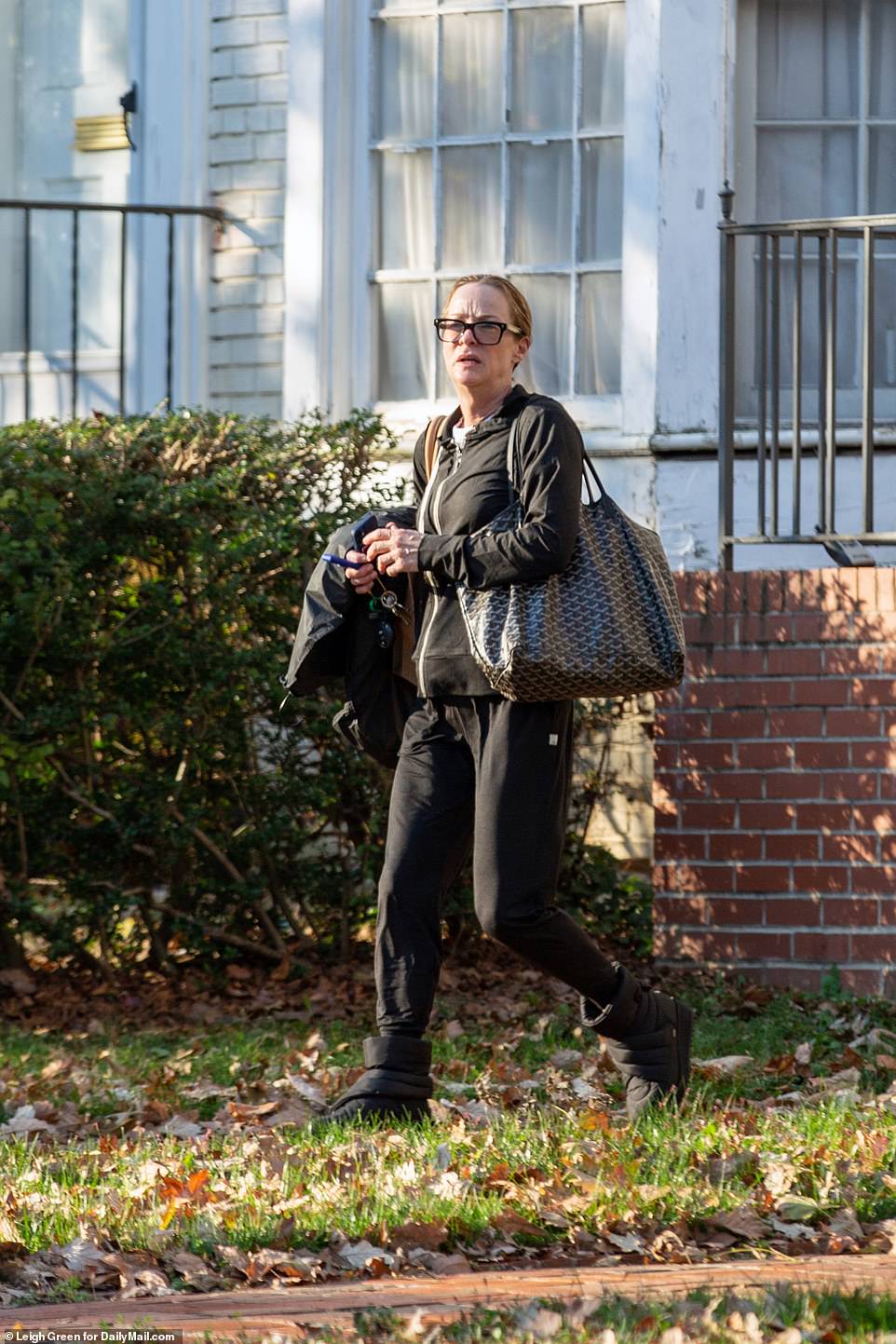 Kathleen Buhle, mother of the bride, leaving her Washington D.C. residence on Friday

The White Houses hosts hundreds of social events a year but there’s nothing like a wedding.

Saturday’s event will consist of three parts, a source familiar with the planning told DailyMail.com: the 11 a.m. ceremony on the South Lawn; followed by a private lunch for family and the wedding party in the White House; and an evening of dessert and dancing, which will also take place in the White House.

The weather is expected to be cool, in the 40s, but no rain is in the forecast.

Otherwise the White House has released few details about the wedding, other than to say the Biden family is paying for it.

Naomi Biden, 28, is the president’s oldest grandchild and close to the first couple. She is the daughter of Hunter Biden and Kathleen Buhle, who divorced in 2017.

And the setup continues, she’s on hand to answer any pre-wedding questions.

She and fiance Peter Neal, 25, are reported to be living in the White House. Otherwise she works as a lawyer in Washington D.C. and Neal, who worked in Democratic politics, just graduated from law school and works at Georgetown Law.

They were set up by mutual friends four years ago and got engaged in September of last year during a visit to Neal’s hometown of Jackson Hole, Wyoming.

Overseeing their big day is event planner Bryan Rafanelli, who designed Chelsea Clinton’s wedding and several state dinners for President Barack Obama. He is also a big time to donor to Democratic candidates.

But the cost can be pricey. A Rafanelli wedding runs from $250,000 to $1 million, according to wedding websites.

And a wedding at the White House has complications that others do not.  Every person entering the grounds has to give their Social Security number and date of birth for a background check. At the entrance to get onto the grounds are magnetometers and x-ray screenings for bags.

Also, the White House typically requires a negative covid test for anyone getting near the president.

But Rafanelli is an old hand at dealing with these kinds of protocol.

He said of Chelsea Clinton’s 2010 wedding: ‘We had to liaise with the Secret Service for the president, as well as then-Secretary of State Hillary Clinton’s diplomatic security, and then we had our own security company. With all of this security, it was like a military operation, but we still wanted to be respectful to the town where it was being held.’

And, he told Business Insider, he was proud the event managed to stay private.

‘I’m quite proud that to this day, there are only six images of Chelsea and Mark’s wedding — and they were the photos released by the couple. Everything else was private, and anybody who attended remembers what happened,’ he said.

The White House is not allowing press coverage of Naomi’s wedding. Photos are expected to be released sometime Saturday afternoon. But the true challenge may be keeping it off social media.

The distinctive features of the South Lawn, the Rose Garden, and the South Portico make the setting Instagram-ready.

But Rafanelli noted guests are typically respectful of the couple’s wishes not to post on social media.

‘What’s interesting now is that, by and large, guests are really good at not taking photographs if they’re asked not to. Sometimes, we do have to take all phones from guests and staff, both to secure the wedding and to make everybody be present, but generally, the people invited to a wedding are respectful,’ he said. 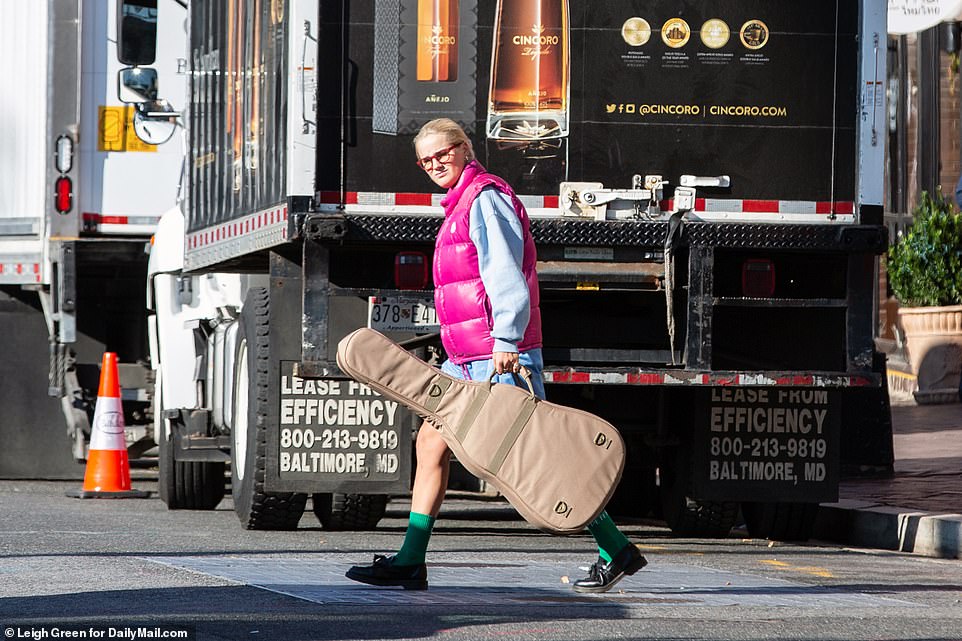 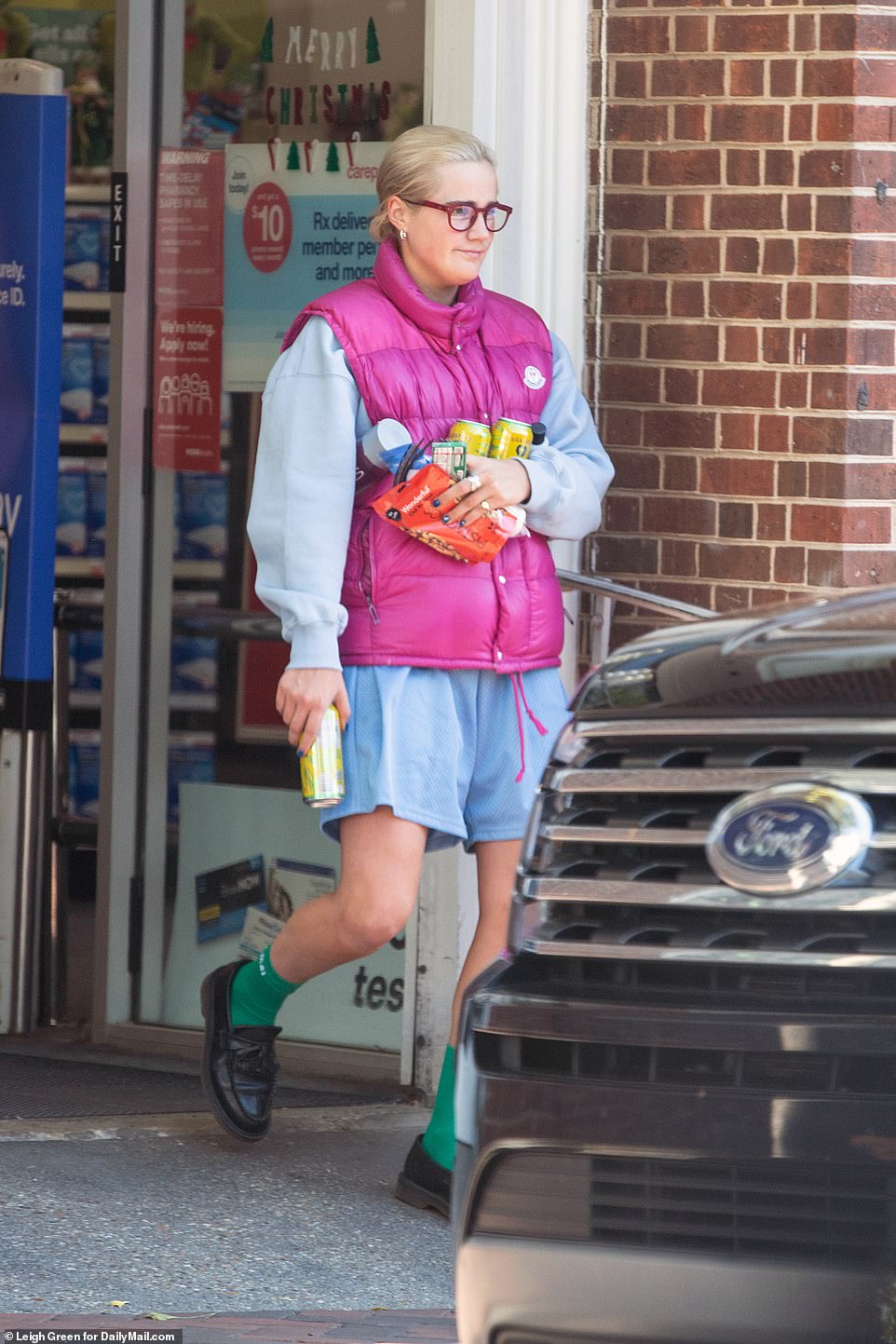 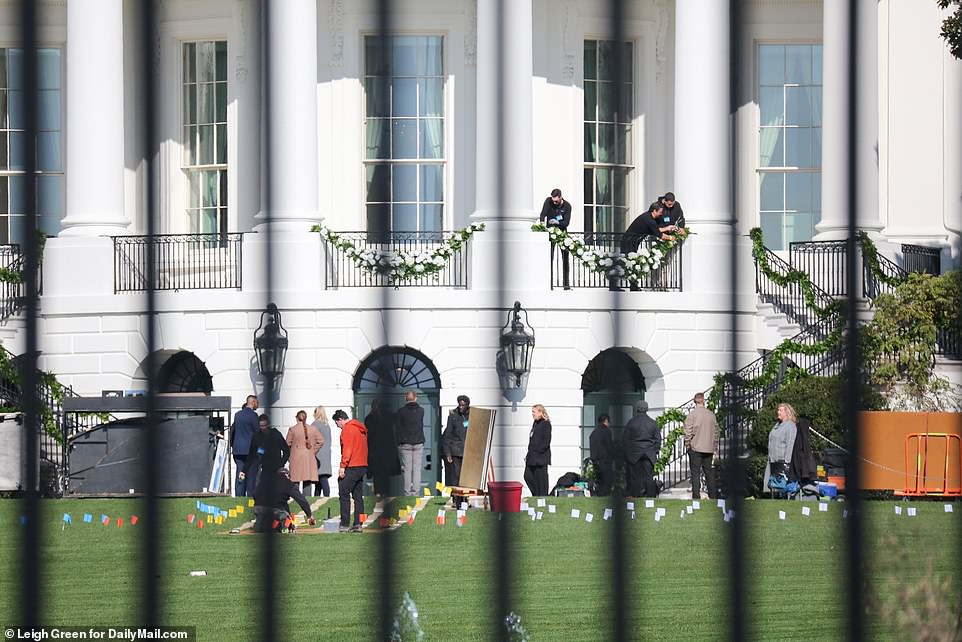 Maisy Biden left a note for delivery drivers, asking them to leave her dress 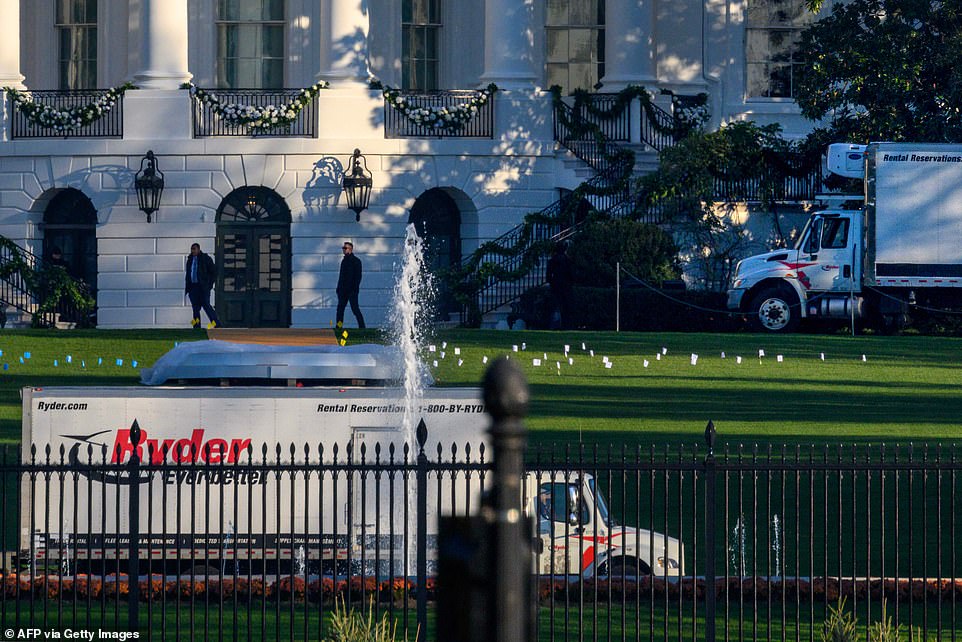 The aisle is being set up on the lawn, leading from the diplomatic room to outside 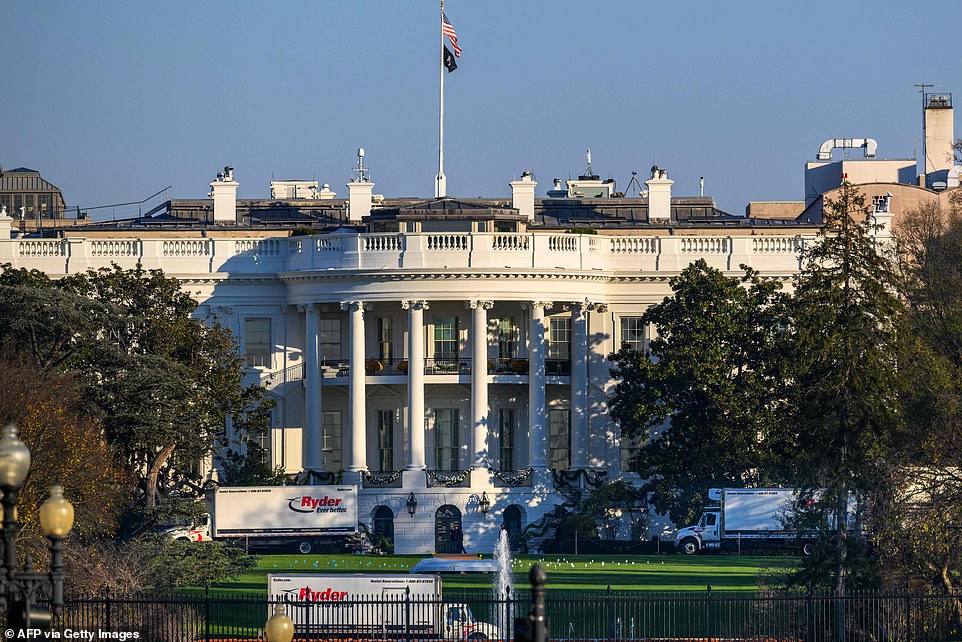 Delivery trucks on the driveway ahead of Saturday’s wedding

Naomi Biden’s wedding on Saturday will kick off a busy social season for the White House.

President Joe Biden turns 80 on Sunday and all his family will already been in town for the wedding.

Then, on Monday, the president will do the traditional pardoning of the Thanksgiving turkey. That afternoon, Jill Biden will greet the White House Christmas tree, which is arriving from a Pennsylvania farm. That evening, the couple will travel to Marine Corps Air Station Cherry Point, North Carolina, for a friendsgiving with the troops.

Then the Biden family heads to Nantucket for their traditional Thanksgiving holiday, where they’re also expected to discuss whether the president will run for a second term in 2024.

Upon their return to Washington D.C, the first couple will host their first state dinner, welcoming President Emmanuel Macron of France on December 1.

Then the holiday season really kicks off.

Holiday parties are back on at the White House.

Plus the Kennedy Center Honors, traditionally attended by the president and first lady, will be recorded on December 4th with George Clooney and U2 among the honorees.

But first is the wedding.

Saturday’s wedding is the 19th one known to be held at the White House and the first on the South Lawn. 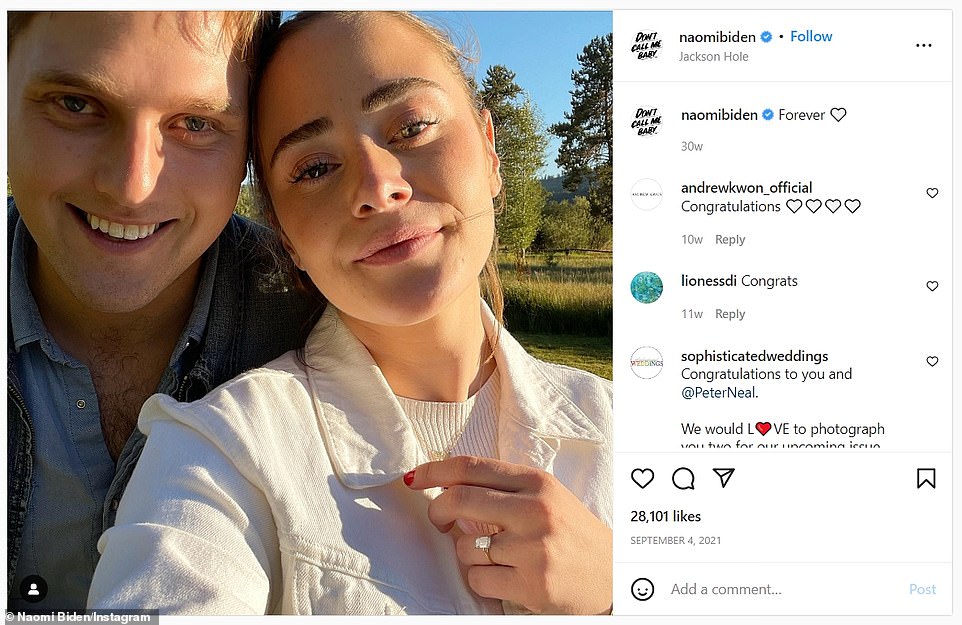 Naomi Biden and Peter Neal, who were set up by a mutal friend, got engaged in September, posting the news on Instagram 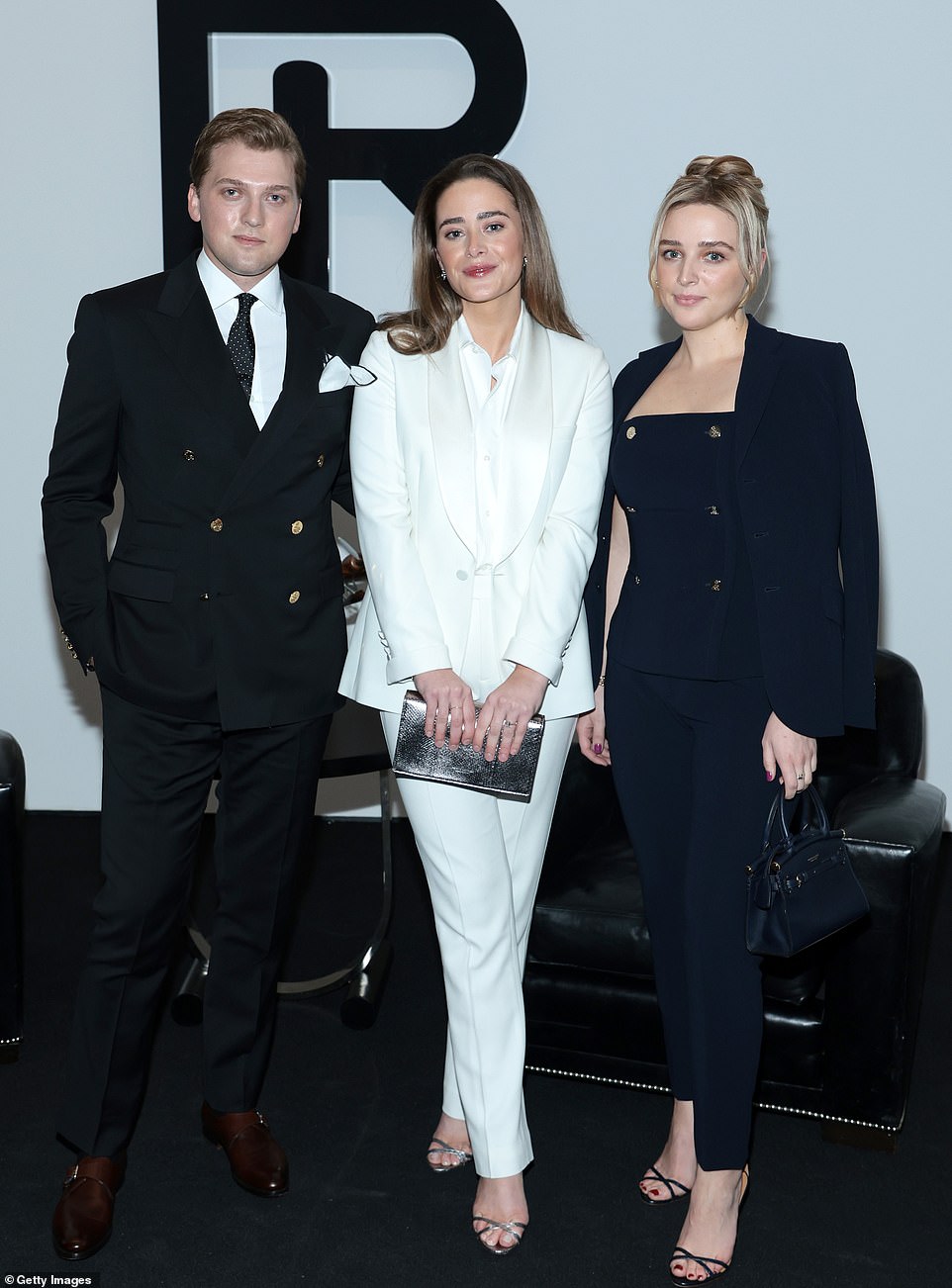 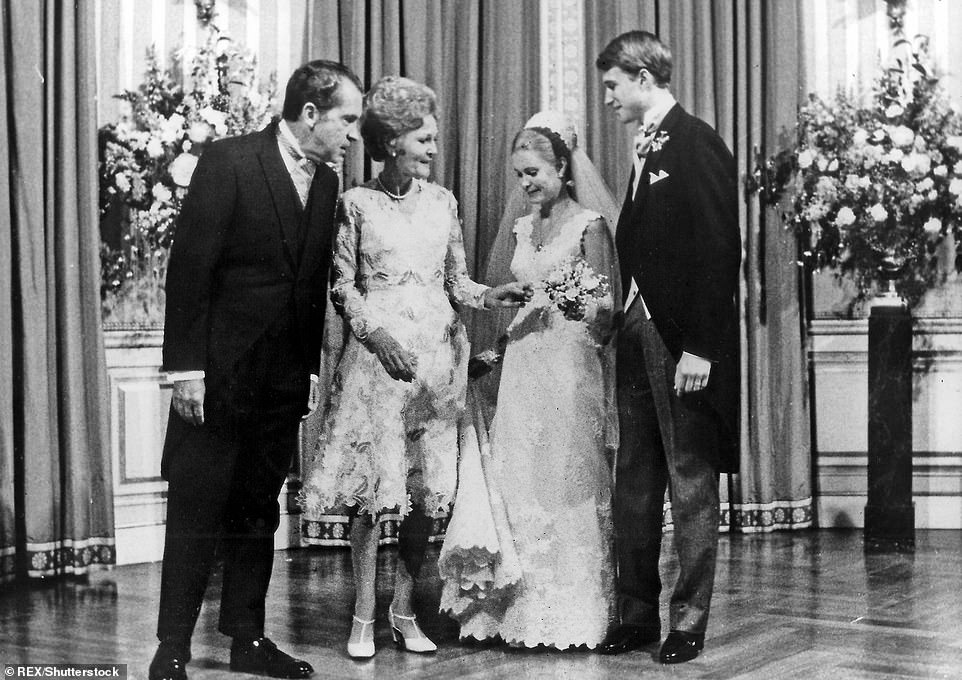 First daughter Tricia Nixon married Ed Cox in the Rose Garden on June 12, 1971 in one of the more famous White House weddings; her father, President Richard Nixon, walked her down the aisle

The last wedding to take place at the White House was on October 19, 2013, when Pesident Barack Obama’s photographer Pete Souza married Patti Lease in the Rose Garden. Obama attended.

The last family weddings were when on May 28, 1994 when Anthony Rodham – Hillary Clinton’s brother – married Nicole Boxer during Bill Clinton’s tenure.

First daughter Tricia Nixon married Ed Cox in the Rose Garden on June 12, 1971 in one of the more famous White House weddings.  Her father, President Richard Nixon, walked her down the aisle.

There also is a long history of presidential children getting married at the residence or holding a reception there. James Monroe, John Quincy Adams, John Tyler and Ulysses S. Grant all saw weddings during their tenures.

Modern first daughters Chelsea Clinton and Jenna Hager got married else where.

Chelsea’s father was not president at the time of her wedding. Jenna’s father was and George W. Bush hosted a reception for his daughter at the White House although her wedding was in their home state of Texas.