Health care costs for hospitals have spiked over the past two years, spurring some to ask for federal relief to continue regular operations.

A report published this week by the American Hospital Association (AHA) found that the average cost of care for each individual hospital patient jumped 20 percent from 2019 to 2021, with pandemic-related cost spikes slamming the facilities.

The cost of drugs used for each patient at a hospital jumped 38 percent over the two year period, fueling the overall price increases. Jumps in labor costs – mainly due to the increasing use of travel nurses – and medical supplies also contributed.

Overall, the costs incurred by hospitals in America have jumped 11 percent over the past two years, though many of those costs are passed on to consumers.

In response, the AHA is asking for federal assistant to help hospitals manage rising costs.

The AHA reports that drug prices are mainly fueling the growth in prices, up 37% over the past two years. Labor costs have increased due to the prevalence of contract nurses, and general inflation has also increased the cost of medical supplies

‘The pandemic has strained hospitals’ and health systems’ finances,’ the AHA wrote in the report.

‘Many hospitals operate on razorthin margins, so even slight increases in expenses can have dramatic negative effects on operating margins, which can jeopardize their ability to care for patients. These expense increases have been more challenging to withstand in light of rising inflation and growth in input prices.’

The organization notes that federal funding distributed by the government to assist hospitals during the pandemic dropped off before the Delta variant surge last summer – though there have been two major waves of the virus since.

It also notes that patients who did come in for treatment after the funding ended – whether because of Covid or for another condition – were likely to spend more time in the hospital.

Many had delayed medical care and other routine treatment for over a year when Covid emerged in early 2020.

Once the world started to reopen in early summer 2021, there was a surge of patients returning to hospitals to restart regular treatments for some chronic conditions, and receive check up and other regular screenings they had put off for a year.

This all happened as full time staffing levels decreased in many hospitals around the nation, leading to major systems becoming overly reliant on contract workers.

‘The combination of employee burnout, fewer available staff, increased patient acuity and higher demand for care especially during the delta and omicron surges, has forced hospitals to turn to contract staffing firms to help address staffing shortages,’ the AHA wrote. 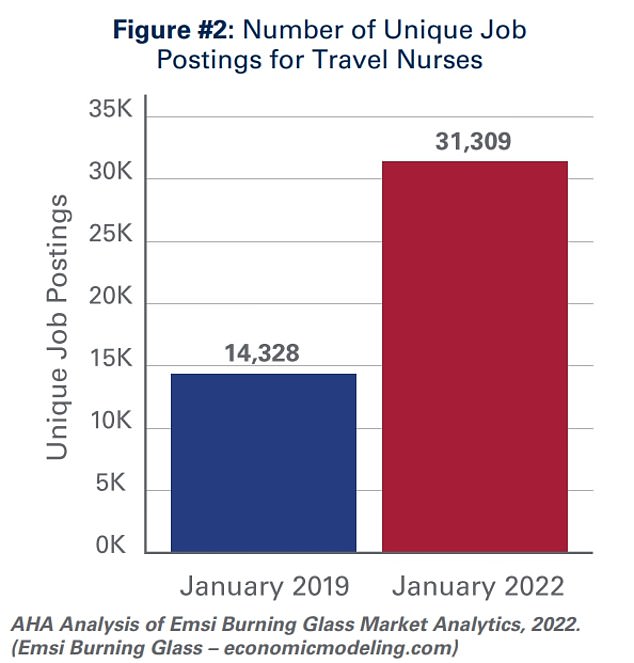 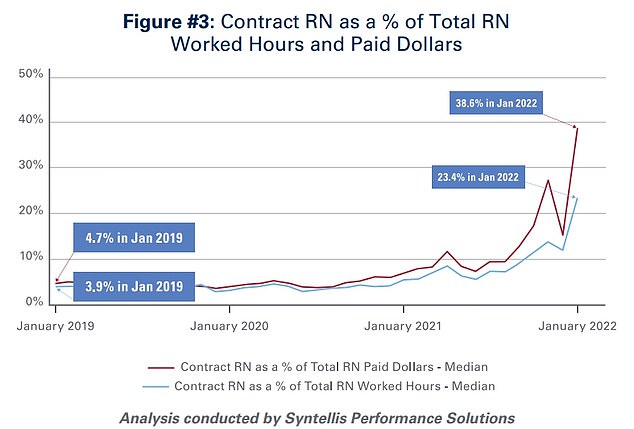 While travel nurses only make up around 23.4% of hours worked, they made up nearly 40% of the wages paid out by hospitals

The report notes that the number of job postings for ‘travel nurses’, a contract nurse who will take temporary roles at different hospital systems across the country to help fill short term staffing needs, surged during the pandemic.

At the start of 2019, travel nurses were making up four percent of hours worked at U.S. hospitals, a figure that jumped to 23.4 percent – a near six-fold increase – by January of this year.

According to the report, despite only making up 23 percent of hours works, the contract nurses made up just under 40 percent of wages paid out by the systems.

‘Though hospitals have long worked with contract staffing firms to bridge temporary gaps in staffing, the pandemic-driven-staffing-shortage has created an expanded reliance on contract staff, especially contract or travel registered nurses,’ the report states.

‘Travel nurses are in particularly high demand because they serve a critical role in delivering care for both COVID-19 and non-COVID-19 patients and allow the hospital to meet the demand for care, especially during pandemic surges.’

The AHA reports that 95 percent of hospitals in America used contact work of some kind to fill staffing shortages.

Drug manufacturers are also being blamed for increasing costs. The AHA reports that the companies are constant raising prices, with 810 brand name and generic drugs being hiked an average of five percent each during January 2022 alone.

Many expensive Covid drugs have hit the market as well, and have been frequently used for much of the past two years.

While the federal government initially covered these costs for hospitals and patients, funding has dried up, and hospitals are now required to purchase drugs themselves. 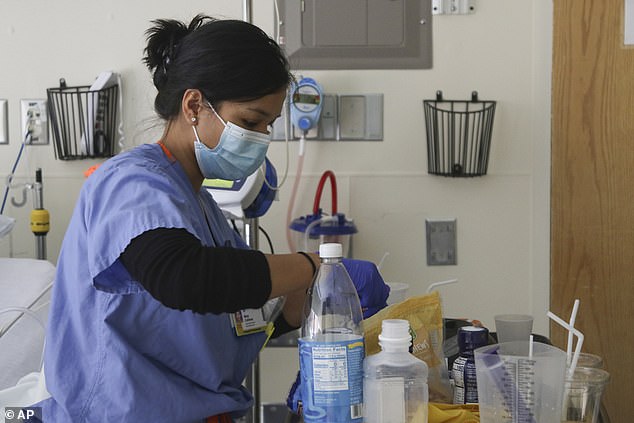 Travel nurses will travel around the country, working at multiple health systems in a short term role to help fill temporary shortages. They can make up to double or triple the average wage of a nurse at the same hospital

The costs of these drugs are eventually passed on to patients and their insurers, but a hospital dealing with a surge of patients will suffer from immediate large scale expenses. and not receive payment for their services for months, requiring them to run on a dangerous deficit.

The AHA also accuses insurers of working with their pharmacy benefit managers (PBMs) to engage in the practice of ‘white-bagging’.

‘Health plans and PBMs have engaged in a tactic that steers hospital patients to third-party specialty pharmacies to acquire medication necessary for clinician-administered treatments, known as “white-bagging,”’ the organization writes.

‘This practice disallows the hospital from procuring and managing the handling of a drug — typically drugs that are infused or injected requiring a clinician to administer in a hospital or clinic setting — used in patient care. These policies not only create serious patient safety concerns, but create delays and risks in patient care; add to administration, storage and handling costs; and create important liability issues for hospitals.’

Some patients may not have particular sympathy for hospitals, though.

Americans who go to the facilities for treatment often face exorbitant charges, especially when uninsured.

Before insurance, an American may end up paying tens of thousands of dollars just to give birth in the country, and will still be on the hook for around $7,000  on average after insurance. 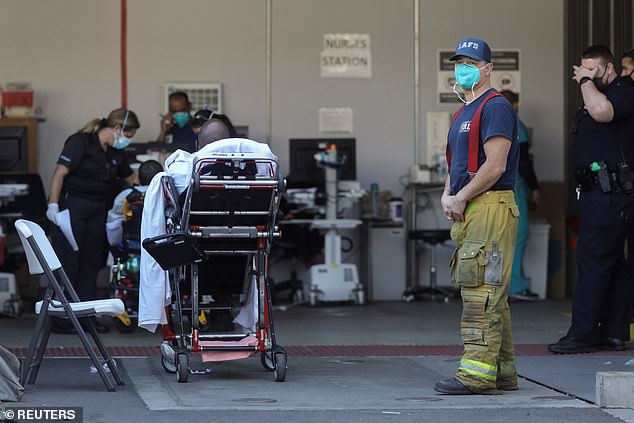 While hospitals do incur high costs for treatment, they often will pass on those costs, and then some, to patients. On average, a patient is paying more than four dollars for every dollar the facility spends on treatment

Nationally, hospitals in America charge $417 per every $100 of cost incurred – a four-fold markup.

There have also been reports over the years of Americans being charged hundreds, if not thousands, for minimal care. One story that caught attention in 2016 was of a man who was charged $629 for a band-aid at a hospital – a product purchased en masse by hospitals for pennies on the dollar.

Americans have also reported being charged thousands of dollars for a simple Covid test, which was supposed to be offered for free – with tax payers footing the bill – throughout the first two years of the pandemic.

An analysis by HealthLine found that around 80 percent of hospital bills have errors, many of which are charging patients exorbitant fees for treatment they never even received.