Darren Jolly and his partner Lucy Porter have welcomed their first child together.

The former Australian Rules footballer, 40, took to his Instagram account to announce the news alongside a gallery of photos.

‘Welcome to the world beautiful Olive Rita Porter Jolly. You are such a special gift and we love you so much!! ❤️,’ he captioned the post.

The post was quickly inundated with comments from their friends and co-stars who competed alongside him on The Block. 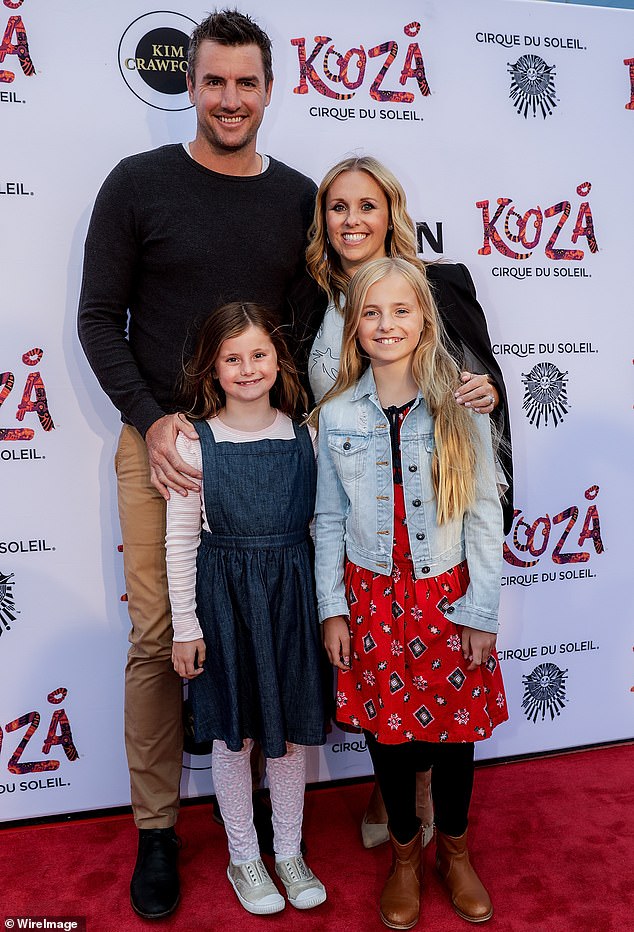 TV stars: Jolly and his ex-wife Deanne (pictured with their children in January 2017) were contestants on The Block, appearing twice in 2014 and 2015, and winning the latter season

Jolly and his ex-wife Deanne were popular contestants on The Block, appearing twice in 2014 and 2015, and winning the latter season.

But the couple hit headlines three years ago, when they sadly announced they had ended their 15-year marriage.

After their split, Jolly claimed on Instagram in October 2020 he hadn’t been in contact with his two daughters since splitting from Deanne in September 2019. 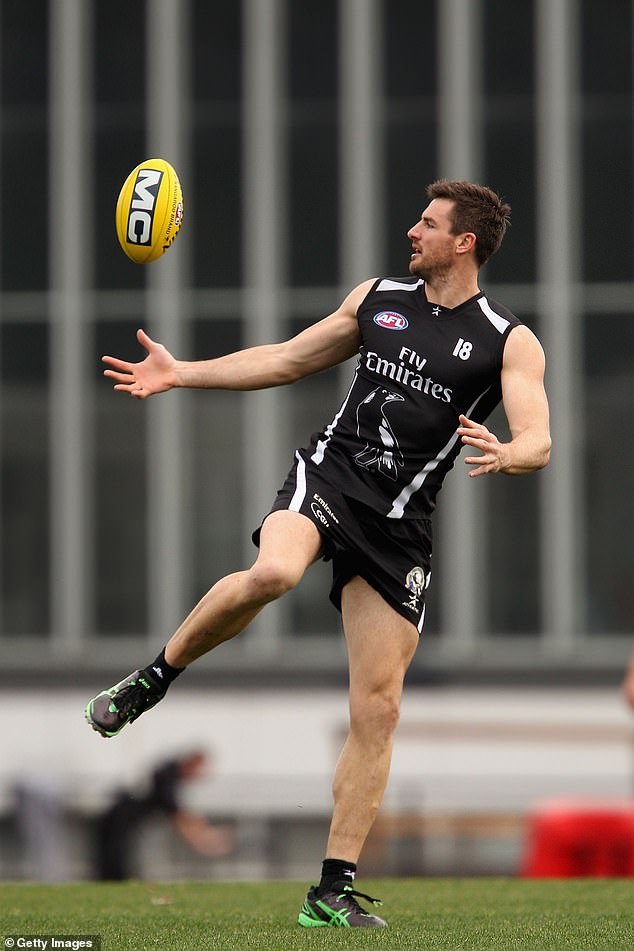 Footy star: Jolly played for the Sydney Swans and Collingwood Magpies during his AFL career

Fast forward to January 2021 and he set off alarm bells when he shared a troubling Instagram post in which he claimed he could not ‘go on much longer’.

He was found safe, with his girlfriend later taking to Instagram to advise Jolly was ‘receiving the best care he needs right now’.