The Block winner and overnight millionaire Omar Slaimankhel is the older brother of the footy star who was kicked off a Qantas flight from Bali after clashing with flight attendants last month.

Omar Slaimankhel and Oz Malik were crowned the winners in the final nail-biting episode of The Block on Sunday night – selling their property for an eye-watering $5,666,666 and taking home a record-breaking $1.6million in prize money.

However, Omar hasn’t been the only Slaimankhel brother to make the headlines in recent times – with his younger brother Zakir recently going viral over his fiery exchange with flight attendants who he alleged had been rude to his wife.

Zakir posted a photo with his millionaire brother in Melbourne on Sunday as family and friends gathered to celebrate the former NRL star’s massive win. 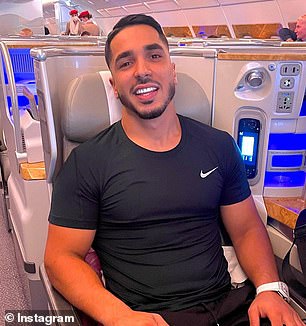 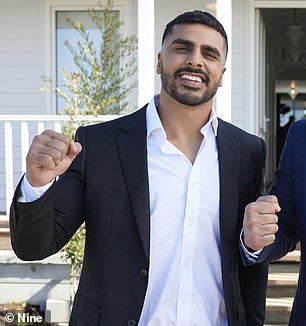 The Slaimankhel brothers have found themselves in the headlines in recent weeks, but for very different reasons (Zakir is pictured left, Omar is pictured right)

Just weeks earlier, Zakir found himself in hot water after a video of him demanding airline staff apologise to his wife went viral on TikTok.

The 27-year-old accused hostesses of being ‘very rude’ and ‘condescending’ to his family after they boarded a Qantas flight from Bali to Sydney last month.

He claimed an unidentified staff member told his wife referred to her hijab as a ‘head thingy’ while she changed their son’s nappy, and said she was ‘inhibiting the toilet doors from opening safely’ while she was standing in line.

The situation escalated when police escorted the family off the plane prior to departure with Qantas banning them from ever flying with the airline again.

In a statement to Daily Mail Australia, the airline claimed the couple were kicked off the plane because they were swearing and being ‘verbally abusive’ to staff.

‘Our staff also deny making any inappropriate comments regarding the passengers’ attire,’ a Qantas spokeswoman said.

‘This has been supported by other passengers who witnessed the interactions.’

In now-viral footage of the tense altercation captured by a passenger on the Sydney-bound flight, Mr Slaimankhel is heard demanding an apology from flight attendants. 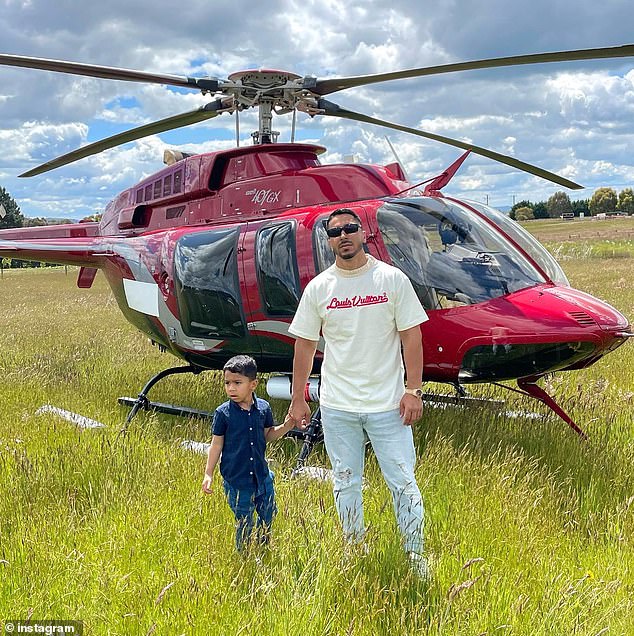 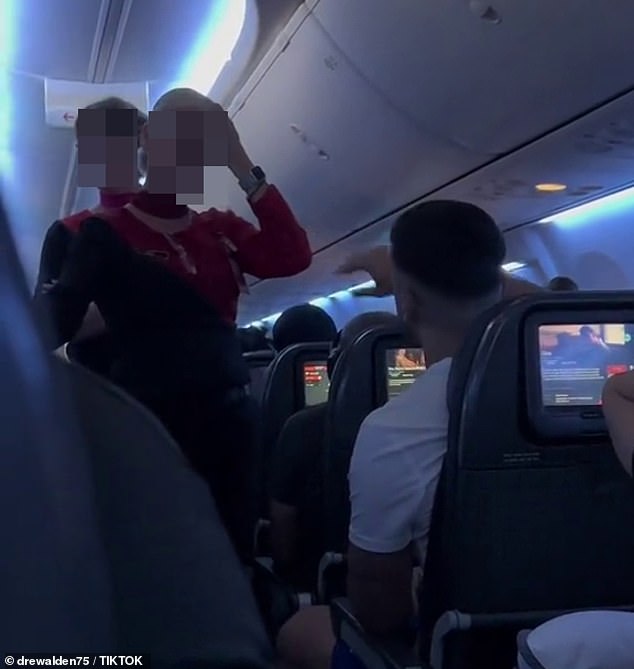 Zakir accused hostesses of being ‘very rude’ and ‘condescending’ to his family after they boarded a Qantas flight from Bali to Sydney last month.

‘Tell them to come apologise. I am telling you right now you are being rude, and it’s f****** disgusting,’ he tells an air hostess.

‘They made her cry, and she’s crying because they were being rude to her with a newborn baby, apologise,’ the man said.

‘You’re getting angry at my wife because both of them (their kids) are double teething. Tell them to come apologise now. It’s so disgusting what they did to her.’

Zakir’s brother Omar on Sunday walked away from The Block a millionaire after his house sold to IT entrepreneur Danny Wallis for an eye-watering $5,666,666.

However, his win attracted controversy with some accusing another man at the auction of being a ‘dummy bidder’ used to drive up the price of the house.

The bidder, Adrian Portelli, arrived in a flashy yellow Lamborghini and was captured high-fiving Omar and Oz as well as the winning auctioneer Tom Panos.

The contestants have dismissed claims of a dummy bidder as ‘disappointing’. 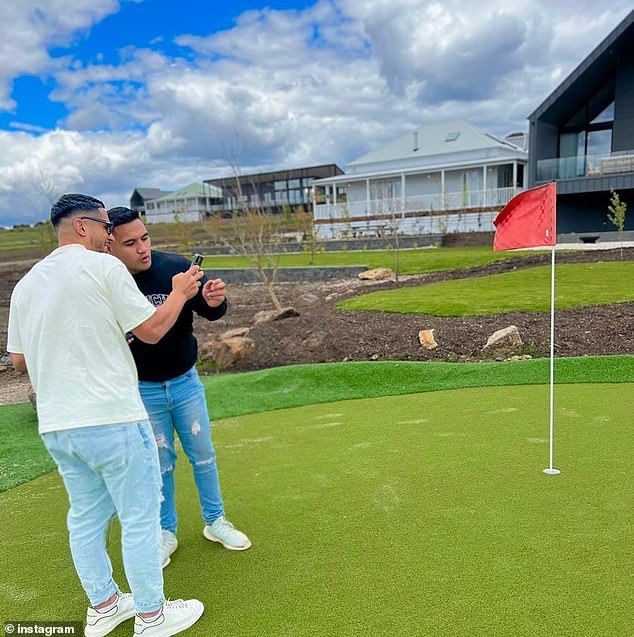 ‘It’s a shame that Oz and I do so well and we are here justifying our win a day after the auction, that’s all I am worried about – that a lot of people out there are going to hate, but that’s what happens,’ Omar told Daily Mail Australia on Monday.

He rubbished claims the pair were close mates with Portelli beforehand and he purposely opened the bidding at $4.5million, well over the reserve price.

‘Oz and I got together with our agents a fair bit and they mentioned we had to reach out to all our networking and see who would potentially be able to come to the house and have a look at it,’ he explained.

‘We reached out to a mutual friend (Portelli) who said he might be keen. He’s watched the show. He’s seen our house and he absolutely loved it when he did come and see it a few weeks ago.’ 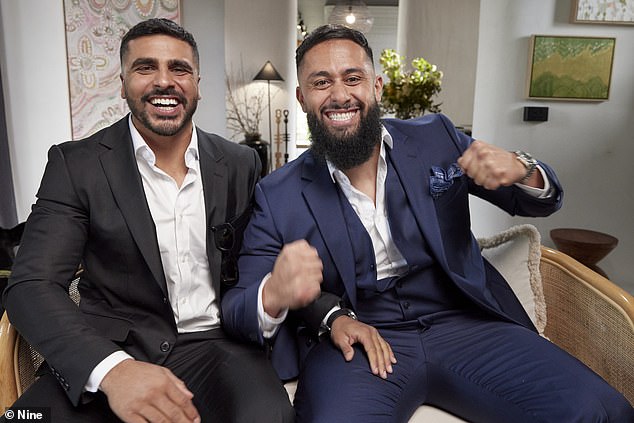 Speaking to Daily Mail Australia on Monday, Omar said he was ‘disappointed’ viewers would accuse him and Oz of bringing in a ‘dummy bidder’ and revealed the truth behind the pair’s history with Portelli

Portelli has also hit back at the claims he was a ‘dummy bidder’ and insisted he was a ‘genuine buyer’.

‘For everyone questioning the legitimacy of the auction, I was a genuine buyer with every intention to purchase that property,’ he wrote on Instagram.

‘Nobody is to blame for what happened. It’s an auction. Believe it or not but if you’ve got two people that genuinely want the property, a bidding war will commence.’

He continued: I’m happy to show my bank account for anyone that suggests these were dummy bids.’