The towns and cities leading the way when it comes to having the fastest charging networks for electric cars have been revealed in a new report, with Nottingham being the location with the best availability outside London.

With one in six new vehicle registered last month fully electric and 480,000 EVs currently in use on UK roads, the Government says it is going to focus on improving the public charging infrastructure to help those with – and set to buy – a car powered entirely by batteries.

The greatest need is for the installation of ‘rapid’ and ‘ultra-rapid’ devices, which are the fastest types and add around 100 miles of range to compatible EVs in around a quarter of an hour, reducing both charging periods and also queues of drivers waiting to add range for their journeys.

These are the top 10 towns and cities outside of London with the most rapid and ultra-rapid public chargers, which can add 100 miles of range to an electric car in as little as 15 minutes

The new report compiled by insurer Admiral in collaboration with Zap-Map highlights the Midlands as a hotspot for charging your electric car as quickly as possible.

With data for London split into individual boroughs, the capital doesn’t feature in the list – though it would have topped the charts based on its total device numbers.

Instead, the report says that the five cities with the most rapid and ultra-rapid chargers are Nottingham, Milton Keynes, Leeds, Birmingham and Coventry.

Nottingham currently enjoys a fairly comfortable lead, with a grand total of 122 rapid and ultra-rapid chargers at the end of April, over Milton Keynes with 106.

However, it is Birmingham that tops the charts in terms of just ultra-rapid devices, with 39 high-powered units installed across the city, the two companies said. 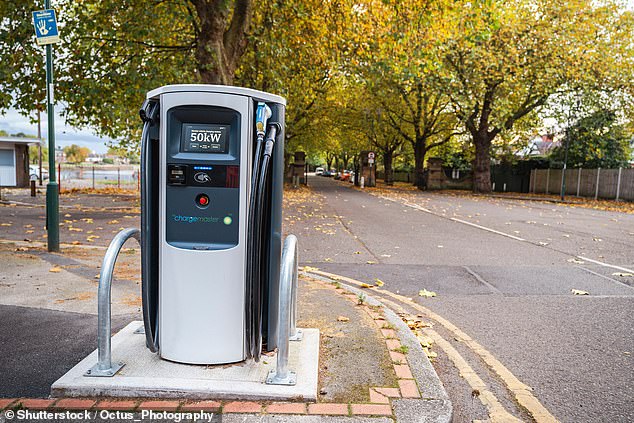 Nottingham has the most rapid charging devices of all towns and cities across the country, excluding London

These types of charger are different to those installed at homes and offices, which are commonly ‘slow’ or ‘fast’ devices that are suitable only for long charging periods – such as overnight or during the working day – and when there isn’t demand from various vehicles.

Rapid and ultra-rapid devices are designed for use in short bursts while offering additional range that will help motorists complete longer journeys.

They are therefore seen as vital for the Government to seamlessly meet its ambitions to transition away from petrol and diesel cars by the end of the decade. 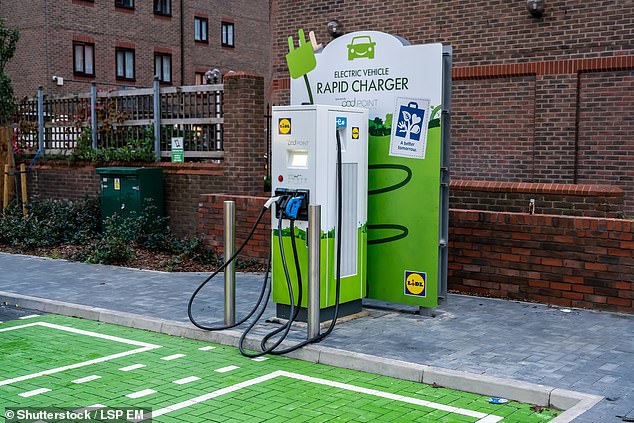 Already with just under half a million EVs on the road to date, owners are complaining about long waiting times to use public charging devices, especially at motorway services where access is vital for long trips.

When a slow charger will take all night to recharge an electric car’s battery overnight, a rapid device can take between 20 minutes to an hour to add around 100 miles of charge – and are found at many different locations from fuel forecourts to restaurants, hotels and retail car parks.

Even speedier are ultra-rapid devices, which can add more or less 100 miles of charge in around 15 minutes, and are most needed on motorway networks.

In the last year alone there has seen a 74 per cent increase in the number of ultra-rapid devices. 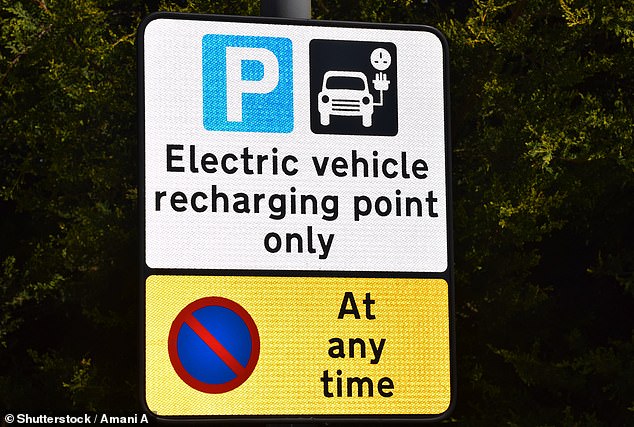 However, calculations by Mail Online has found that the number public chargers isn’t growing at the pace required ahead of 2030.

Ministers need to accelerate monthly public charge point installations by 350 per cent a month to meet the target of having 300,000 by the end of the decade.

We also identified a growing North-South divide in terms of availability to public charge points, with southerners having access to more than twice as many devices as their northern counterparts.

Affluent London and the South east of England were also found to have better access to public chargers than poorer parts of the UK, although many electric car owners who have been able to afford making the switch are most likely charging via devices installed at their homes.

Commenting on the report, Clare Egan, head of motor product at Admiral, said: ‘While most EVs will charge overnight at home, many people driving longer distances will need to charge up as quickly as possible. That’s why we’ve teamed up with Zap-Map to find the speediest cities to charge your car.

‘Those of us making cross-country trips this summer now know that the Midlands is a great place to recharge the battery and grab a quick coffee before getting back on the road for a well-deserved break.’

Melanie Shufflebotham, co-founder of Zap-Map, adds: ‘As the number of pure-electric cars on the road approaches half a million, a robust charging network is critical.

‘Over the past few years there has been huge investment in high-powered chargers and it’s great to see many cities across the UK having a strong provision.

‘There are of course a range of different needs when it comes to charging an EV, but continued investment in high-powered chargers for longer journeys is crucial as the number of EVs on the road continues to grow at pace.

‘Nottingham may well be leading the charge in this area right now, but it will certainly be interesting to see which city takes the top spot in two years’ time.’