A 10-year-old girl shot dead in America’s latest mass school shooting had begged her mother to stay home the morning of the massacre, her family has revealed.

Jailah Nicole Silguero, 10, was among 19 children killed in a mass shooting in Uvalde, Texas, Tuesday morning when 18-year-old Salvador Ramos burst into her classroom with a legally-purchased AR-15 rifle and opened fire.

Just hours earlier, Jailah had begged mother Veronica not to make her go to school that day but was told she had to attend – something relatives say Veronica is now punishing herself over. 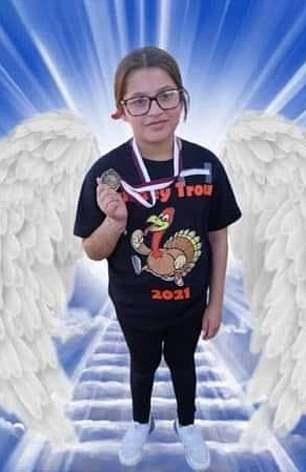 Jailah Nicole Silguero, 10, was among 19 children killed in the mass shooting in Uvalde, Texas, by a gunman armed with a legally-purchased rifle

‘That’s what her momma was really upset about last night: ‘If only I had let her stay home.’ She wanted to stay home with momma.’

Jailah died in the shooting alongside cousin Jayce Carmelo Luevanos, just a week after the family held a memorial for Veronica’s father who passed away in Mexico.

‘I told Veronica last night: “Just look at it as your daddy taking your baby with him,”‘ Gonzales added.

Veronica’s relatives described an hours-long wait Tuesday to get news of Jailah and Jayce’s, shuttling back and forth between the school and a nearby civic center – hoping desperately the pair would emerge as one of the lucky ones who escaped. 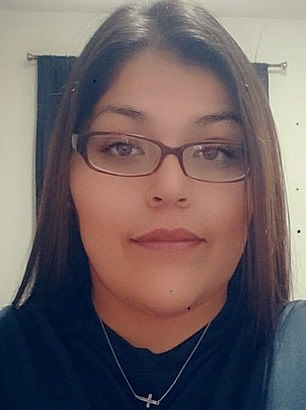 Just hours before the massacre, Jailah had asked mother Veronica Luevanos (pictured) whether she could stay home

At one point, they were asked to provide DNA swabs to help identify them as relatives of students at the school.

Then, late into the night, came the news they had feared: Both children had been killed in the massacre.

Grief spilled into confrontation Wednesday, as angry questions mounted over gun control – and whether this latest tragedy could have been prevented.

The tight-knit Latino community of Uvalde on Tuesday became the site of America’s worst school shooting in a decade, committed by a disturbed 18-year-old armed with a legally bought assault rifle.

Wrenching details have been steadily emerging since the tragedy, which also claimed the lives of two teachers.

Briefing reporters, Governor Greg Abbott revealed that the killed also shot his 66-year-old grandmother in the face before heading to Robb Elementary School.

Ramos went on social media to share his plan to attack his grandmother – who, though gravely injured, was able to alert police.

He then messaged again to say his next target was a school, where he headed clad in body armor and wielding an AR-15 rifle.

Pressed on how the teen was able to obtain the murder weapon, the Texas governor repeatedly brushed aside suggestions that tougher gun laws were needed in his state – where attachment to the right to bear arms runs deep. 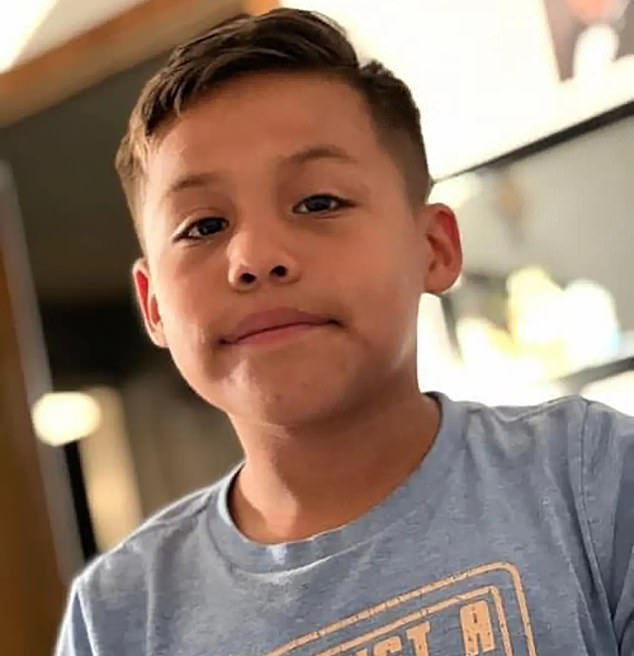 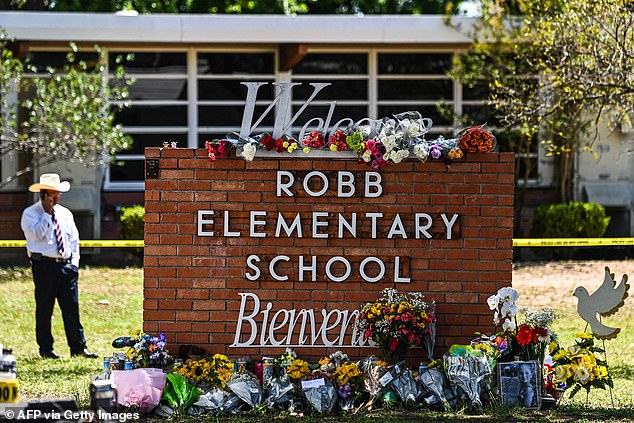 Robb Elementary will now be added to the list of American schools to have witnessed mass shootings, amid an epidemic of gun violence across the nation

‘I consider this person to have been pure evil,’ Abbott said, articulating a position commonly held among US Republicans – that unfettered access to weapons is not to blame for the country’s gun violence epidemic.

Abbott’s stance was echoed by the powerful National Rifle Association gun lobby, which issued a statement labeling the shooter as ‘a lone, deranged criminal.’

But the governor was called out by a rival Democrat, who loudly interrupted the briefing to accuse him of deadly inaction.

‘This is on you,’ heckled Beto O’Rourke, a fervent gun control advocate who is challenging Abbott for his job come November.

‘You are doing nothing!’ he charged. ‘This is totally predictable when you choose not to do anything.’

Biden announced Wednesday that he would soon visit Uvalde, as he renewed his plea for ‘common sense gun reforms.’

‘I think we all must be there for them. Everyone. And we must ask when in God’s name will we do what needs to be done to, if not completely stop, fundamentally change the amount of the carnage that goes on in this country.’

‘I am sick and tired of what’s going on and continues to go on,’ Biden said.