A dad in America has become an internet sensation after filming himself dressing up in a princess costume with his daughter and singing a song from Frozen together.

Aaron Matthews, 34, recorded the video of him and his daughter Cana, three, singing the Frozen song For The First Time In Forever at his home in Aledo, Texas, on April 3.

The father-daughter act wore black and green dresses like Anna does in the Disney film.

Aaron Matthews, 34, dressed as Anna from Disney’s Frozen to sing and dance with his daughter Cana, three

In the video Aaron and Cana can be seen singing along to the song while spinning and dancing around the room.

At one point he can be seen picking up Cana and spinning her around in the air.

Aaron posted on social media to explain why he put on the dress. He said: ‘Number one: I’ll do anything for these girls, I’ll do anything to make them laugh make them have a good time and frankly Frozen is her [Cana] absolute favourite show. We watch Frozen and Frozen II kind of on repeat every day. Frozen Fever, Olaf’s Frozen Adventure, all the Frozens!

‘Number two: We’re quarantined, we can’t go out and do anything so I’m running out of ideas to keep them entertained. 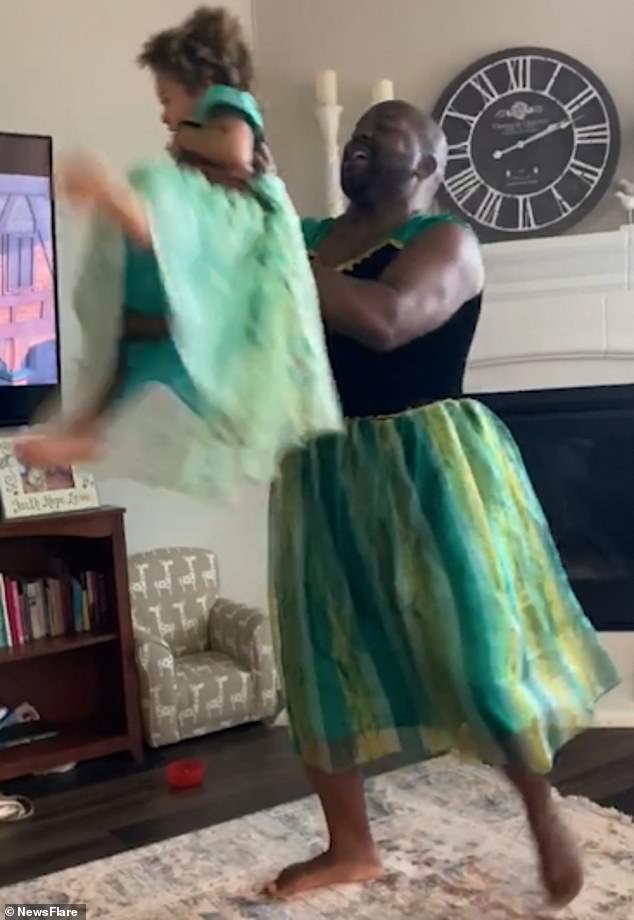 First Time In Forever: The DJ from Texas is seen lifting his daughter and spinning her in the air at one point in the video 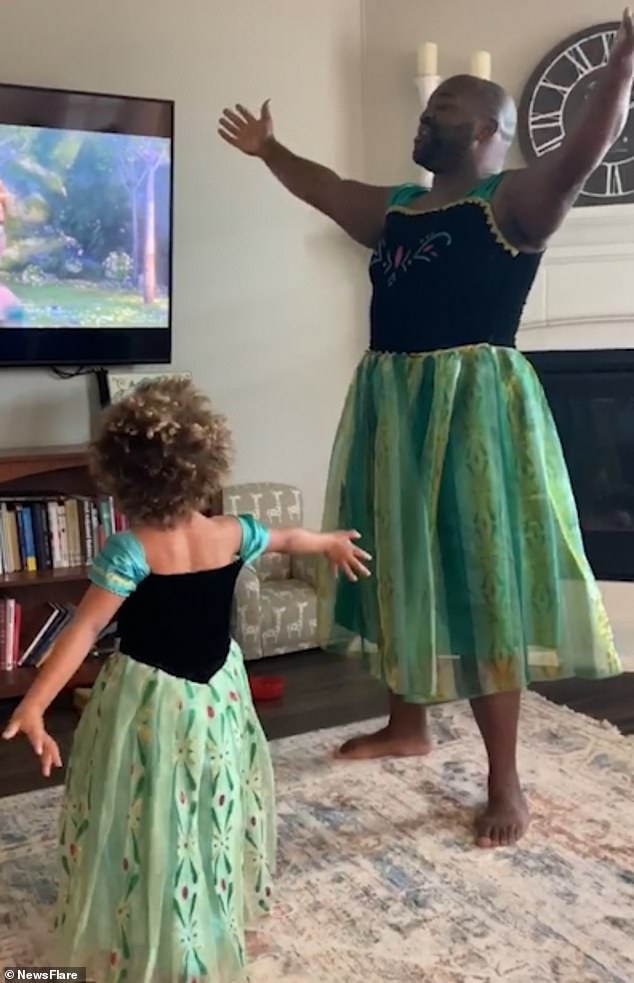 The father-daughter act sing and dance along to First Time In Forever. Aaron says it was another way of keeping his daughter entertained during lockdown

The video was originally posted on Facebook and has received 14,000 comments and 116,000 shares.

Aaron, who works as a DJ, told Newsflare: ‘It’s just a silly dancing video that also shows our mad singing skills, although my daughter stole the show with her gorgeous curls and radiant smile.

Some of his fans commented on the video complimenting Aaron on his unique quarantine parenting style.

Betty Nix said: ‘This is precious. Great daddy & your princess will always remember.’

While Jody Smiley said Aaron was ‘basically my dad of the year. I want to meet this man. He is my hero.’ 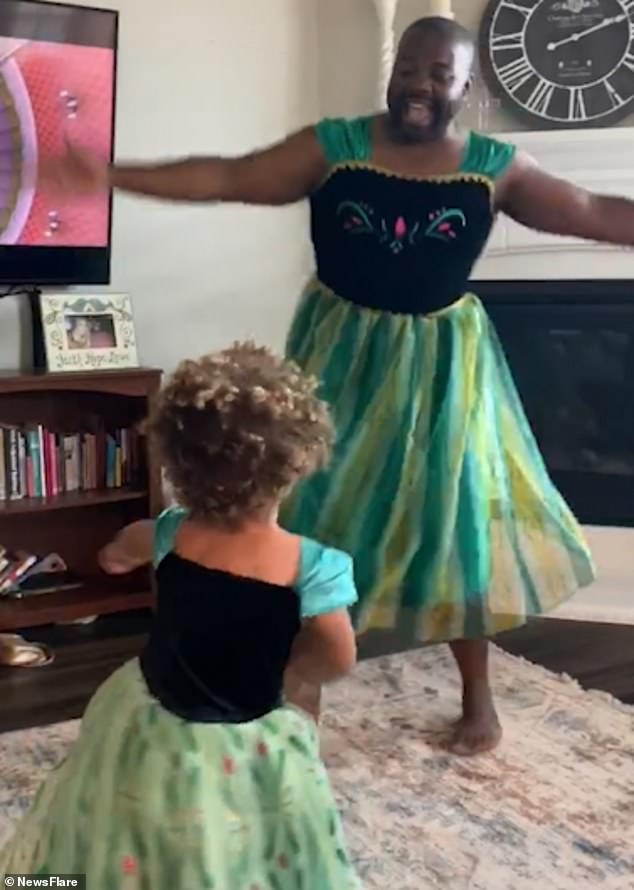 The video of Aaron and Cana dancing was shared over 116,000 times on Facebook since it was posted on April 3