With the lockdown forcing families to spend time together, many have resorted to holding virtual pub quizzes to keep them occupied. But as households across Britain are finding out, there’s only so many times you can be asked for the capital of Peru (Lima) or the chemical symbol for gold (Au).

And so NEIRIN GRAY introduces ‘ChroKNOWLEDGEy’ — a very different type of test that will captivate history buffs and duffs alike.

The premise is simple. Each letter contains a couplet of historical events, both of which took place in the same century.

There are 21 sets — one for each century since 0BC. And all you have to do is put them in the right order!

Knowing that every century must be used, and once only, will make it easier to help complete the jigsaw. You might find some easy but, be warned, some (especially in the Dark Ages) could leave you in the dark…

In our new quiz, the premise is simple, Each letter contains a couplet of historical events, both of which took place in the same century. There are 21 sets — one for each century since 0BC. And all you have to do is put them in the right order.

(i) Macbeth defeats Duncan I of Scotland.

(ii) Edward the Confessor dies childless, sparking a three-way power struggle for the crown of England.

(i) Henry VIII is excommunicated from the Catholic church over his divorce from Catherine of Aragon.

(ii) Nicolaus Copernicus publishes a heliocentric model of the solar system in which all planets orbit the Sun.

(i) Pontius Pilate presides over the trial of Jesus Christ and orders his crucifixion.

(i) The online encyclopaedia Wikipedia is launched.

(ii) A piece of insulating foam breaks off the fuel tank of U.S. space shuttle Columbia, causing the spacecraft to disintegrate upon re-entry into the Earth’s atmosphere which kills all seven crew members. 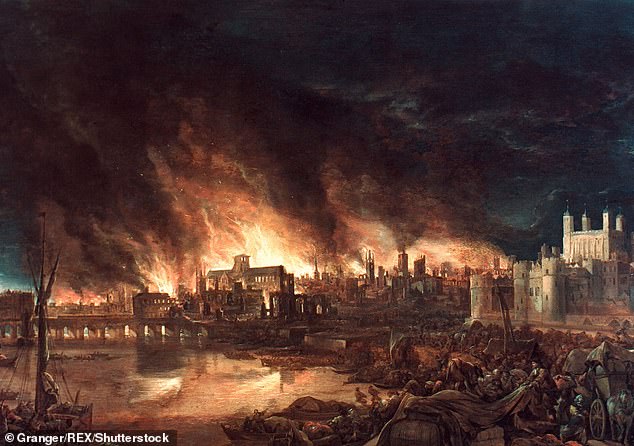 Pictured: A painting depicting the great fire of London

(i) Great Fire of London sweeps through the capital after starting in a bakery on Pudding Lane.

(ii) The English Civil War results in defeat for Charles I, who is then beheaded.

(i) Hadrian’s Wall is built to keep Caledonian tribes and barbarians out of Britannia.

(ii) Greek polymath Ptolemy publishes a model of the solar system in which all celestial bodies orbit a stationary Earth.

(i) Thomas Becket is brutally murdered by four knights at the altar of Canterbury Cathedral.

(ii) The Bishop of Paris organises the construction of Notre Dame. 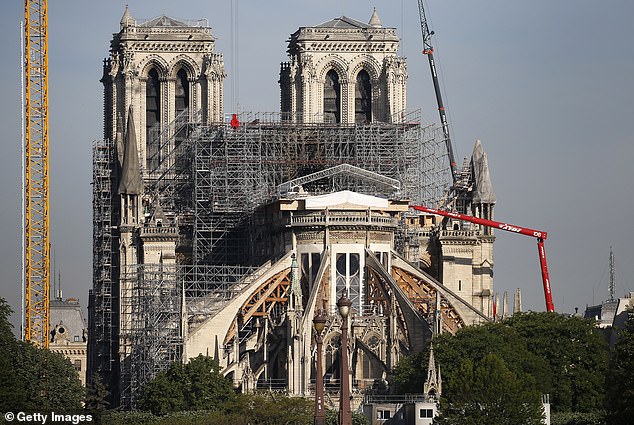 Notre Dame cathedral pictured on May 7 undergoing reconstruction after a fire, but in which century did did the Bishop of Paris organise for it to be constructed?

(ii) The Han dynasty collapses and China is divided into three kingdoms.

(ii) Saint Hippolytus forms his own contingent within the Church of Rome, causing him to be widely regarded as the first Antipope.

(i) The Black Death wreaks havoc across Europe, killing around half of its population.

(ii) Geoffrey Chaucer begins writing the Canterbury Tales. It is still unclear whether he ever thought the work complete.

(i) Roman Emperor Constantine turns Byzantium into the capital of the Roman Empire and names it Constantinople.

(ii) The ancient tradition of hosting the Olympic Games every four years in Olympia stopped on the basis that it was a pagan event.

(i) Charlemagne establishes himself as King of the Lombards.

(ii) The Venerable Bede writes the Ecclesiastical History of the English People.

(i) The Magna Carta or ‘Great Charter’ is signed by King John at Runnymede, near Windsor.

(ii) The explorer Marco Polo of Venice embarks on an epic journey to China. 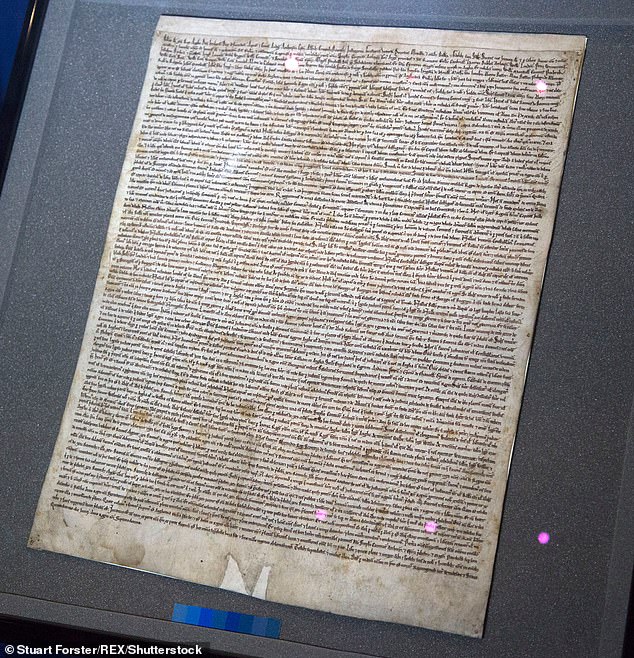 Pictured: The Magna Carta at Salisbury Cathedral in Wiltshire

(i) The English pirate Blackbeard — real name Edward Teach — is tracked down and killed by British naval lieutenant Robert Maynard and his crew in Carolina.

(ii) The constitution of the U.S. the first three words of which read ‘We the people . . .’ is ratified.

(i) The final Western Roman emperor is deposed and Germanic barbarians take control of the city of Rome.

(ii) The Vandals, with a reputation for destructive behaviour, capture the city of Carthage in modern-day Tunisia, demolishing various buildings and churches in the process.

(i) The guillotine is used for the last time by the French state to carry out an execution.

(ii) The first Nobel Prizes are awarded in Stockholm in the fields of physics, chemistry, medicine, literature, and peace.

(i) Viking settlers found the city of Dublin.

(ii) Alfred the Great becomes King of Wessex, after which he spends several years fighting off Viking invasions.

(i) Lions become extinct in Europe after the last specimens die in the area between the Black Sea and the Caspian Sea (circa).

(ii) King Edward the Martyr, the eldest son of Edgar the Peaceful, is murdered at Corfe Castle.

(i) Mohammad departs from Mecca and settles in Medina marking the first year in the Islamic calendar.

(ii) The first Arab siege of Constantinople is launched, marking major friction between the Arab Muslims and the Byzantine Empire.

(i) Charles Darwin travels to the Galapagos Islands on HMS Beagle. His findings would contribute to his theory of evolution.

(ii) Napoleon Bonaparte dies on the island of St Helena in the Atlantic Ocean. 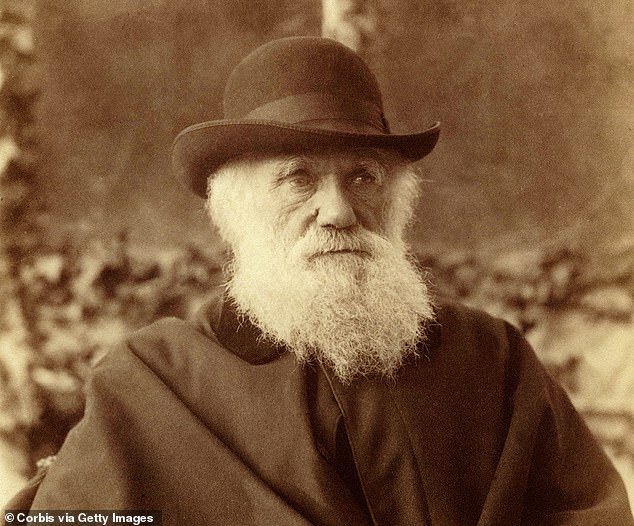 Pictured: Charles Darwin, who famously travelled to the Galapagos Islands on HMS Beagle. But in which century?

(i) Richard III is killed during the War of the Roses Battle of Bosworth Field.

(i) Saint Augustine travels to Britain and becomes the first Archbishop of Canterbury.

(ii) Justinian, the great jurist — whose legacy includes the Roman law that forms the basis of civil law in many modern states — becomes the Eastern Roman emperor.