Tesco offers to help aid Covid jab rollout by providing use of its distribution arm while Boots says it will open vaccination sites in Halifax, Huddersfield and Gloucester

Tesco and Boots have offered to help with the mass rollout of the coronavirus vaccines as the nation prepares to deliver ‘tens of millions’ of jab doses by March.

High street chain Tesco has reportedly offered its distribution arm, Best Food Logistics, to help with the deployment of the Oxford/AstraZeneca vaccine, which could include the use of its refrigerated lorries and warehouses to move the jab.

Meanwhile Boots said its three Covid-19 vaccination sites in Halifax, Huddersfield and Gloucester, are to open to patients this month and more could soon be on the way.

It comes as Boris Johnson today vowed that ‘tens of millions’ of vaccine doses will be given by March and said there will be 530,000 doses of the Oxford/AstraZeneca vaccine at around 540 GP vaccination sites and about 101 hospital sites on Monday.

High Street chain Tesco has reportedly offered its distribution arm to help with the deployment of the Oxford/AstraZeneca vaccine. (Stock image

Speaking on the Andrew Marr the Prime Minister said: ‘There are a few millions more Pfizer (vaccines) still to be used. We are rolling them out as fast as we can.’

Mr Johnson added: ‘I wish I could give you here and now any sort of elaboration on the figures you have already heard about how we hope to get up to two million a week and so on. I can’t give you that yet.’

Covid-19 restrictions, which have shut down many pubs and restaurants, may have opened up some capacity which could be diverted to the vaccine programme.

A Boots spokesman said: ‘Boots has extensive knowledge and experience of mass vaccination (having completed over a million flu vaccinations last year, for example) and we have developed a model for Covid-19 vaccination that is aligned with our exceptional safety, clinical and operational standards.

‘We stand ready to do much more and our national network of pharmacy expertise is prepped to support the NHS and the Government to accelerate the rollout of the vaccine.’

The Pfizer/BioNTech vaccine, which needs cold storage of about minus 70C, was the first jab to be approved in the UK.

Grandmother Margaret Keenan, 90, who on December 8 became the first person in the world to get the vaccination outside of a clinical trial, has now had her second jab.

Pfizer describes itself as one of the largest sterile injectable manufacturers in the world, which has a lot of infrastructure in place, including good inventory and relationships with suppliers.

Of its supplies and inventory in the UK, a Pfizer spokesman said: ‘The deliveries are on track and progressing according to our agreed schedule.

‘Pfizer has secured inventory and supply commitments in volumes sufficient to meet our production plans for 2021.’

It comes after the UK’s chief medical officers warned on Thursday that vaccine shortage was a ‘reality that cannot be wished away’. 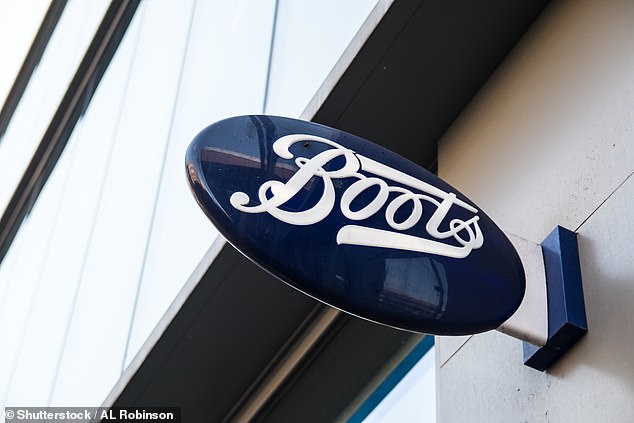 Boots has opened up three Covid-19 vaccination sites in Halifax, Huddersfield and Gloucester and more could be on the way. (Stock image) 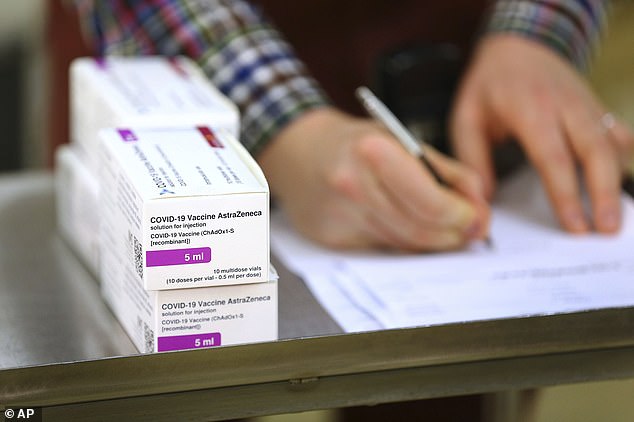 It comes as Boris Johnson today said there will be 530,000 doses of the Oxford/AstraZeneca vaccine at about 540 GP vaccination sites and about 101 hospital sites on Monday. (Stock image)

Rollout of the Pfizer/BioNTech jab began almost a month ago, but second doses of either vaccine will now take place within 12 weeks rather than 21 days as initially planned.

More than a million people have received their first coronavirus vaccination, but in a joint statement England’s chief medical officer Professor Chris Whitty and his counterparts in Scotland, Wales and Northern Ireland, said the public will ‘understand’ and ‘thank’ them for the plan to give first jabs as a priority, delaying the follow-up vaccination for others.

Sir John Bell, regius professor of medicine at Oxford, who was involved in development of the Oxford/AstraZeneca jab, has suggested that successive governments had left the nation unable to manufacture the vaccine at the pace needed in a pandemic.

A Government spokesman said: ‘The NHS has a clear vaccine delivery plan and the vaccine is being rolled out as quickly as doses can be supplied and quality checked, with over a million people already vaccinated right across the UK.

‘We have long recognised the importance of vaccine manufacturing, having announced an innovation centre in 2018 and invested £93 million earlier this year to rapidly accelerate its construction alongside establishing a rapid deployment facility to begin production ahead of the centre opening.’