An Atlas Air flight was forced to make an emergency landing after the plane caught fire midair over Honolulu.

The heart-stopping incident took place on Saturday after a military chartered Boeing 767 took off from Hickman Air Force Base, Honolulu, Hawaii, bound for Guam.

Cell phone footage taken by a passenger inside the plane shows a pitch-black cabin that is sporadically lit up by the raging inferno on the wing. 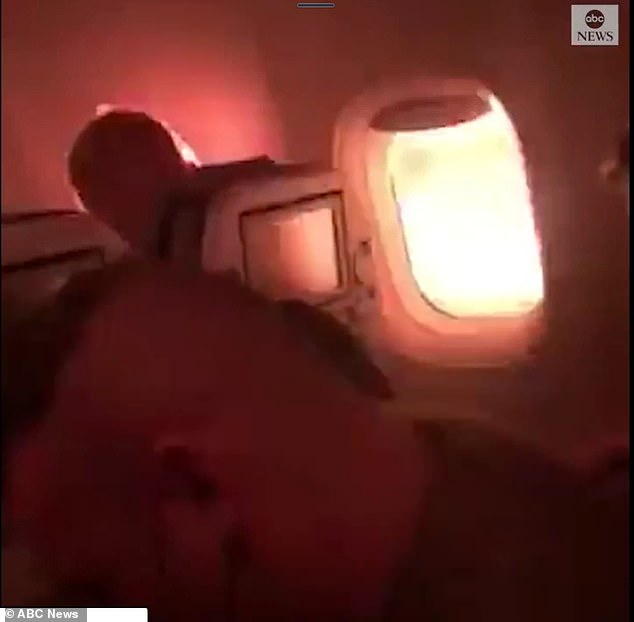 The flames appear just outside a cabin window as turbulence grips the aircraft.

‘Oh my god,’ one person says, ‘is it going to crash? Did you just see the fire come out of it?’

The pilot declared an emergency landing just minutes after takeoff and, fortunately, none of the 212 passengers on board were injured. 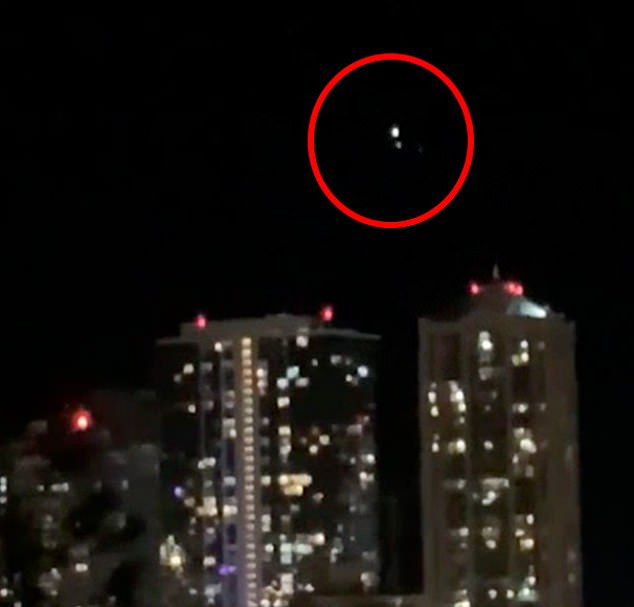 Plane on fire over the Daniel K. Inouye airport in Honolulu. We heard what sounded like an explosion and it started spitting out flames from what looked like the engine. Couldn’t see what airline but definitely a passenger plane. pic.twitter.com/Q2YiZ9vXHE

Local residents reported hearing a loud explosion around that time and said they saw flashes of light that may have been fire in the sky around 9pm.

‘It was quite loud. I’m pretty sure I heard my neighbors down below talking about it,’ Kevin Tynan, of Makiki, told KHON 2.

‘You can hear a lot of people, it was pretty in tenses for a while there,’ he added.

Air travel officials later confirmed that the plan experienced mechanical issues with one of its engines.

‘It was actually scary to watch because you’re scared is this plane going to explode? Is it going to go down?’ questioned Rick Bartalini of Kakaako. 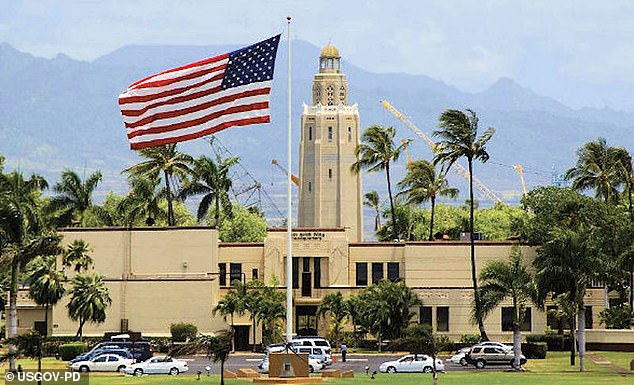 The flight, which had 212 passenger on board, took off from Hickman Air Force Base (pictured)

‘I was nervous because when I first saw it, it was pretty close. I was like oh my gosh,’ Tynan added.

Following the incident, Atlas Air released a statement announcing an inspection into the fire’s cause.

‘An Atlas Air passenger flight landed safely at Daniel K. Inouye International Airport in Honolulu following a mechanical issue with one engine. At Atlas, safety is always our top priority and we will be conducting a thorough inspection to determine the cause.’ wrote Atlas Air.

The incident remains under investigation.