Teri Hatcher and James Denton are teaming up once again as a married couple in the second season of Fox’s hit series, Fantasy Island, which officially premieres on Monday.

The Golden Globe winner, 58, and The Good Witch actor, 59, both notably starred in the popular ABC mystery drama,  Desperate Housewives, as Susan and Mike Delfino, and briefly reunited in 2021 to appear on the Hallmark film, A Kiss Before Christmas.

The talented duo will once again be seen on the screen together as husband and wife in the third episode of Fantasy Island’s newest season.

Reunion! Former Desperate Housewives co-stars, Teri Hatcher, 58, and James Denton, 59, will team up once again as a married couple in the second season of Fox’s hit show, Fantasy Island

Teri and James have been cast to star as a married couple named, Dolly and Dutch, who decided to take a trip to Fantasy Island in order to configure the ‘next chapter’ in their lives with their children fully grown and moved out, according to TV Line.

However, their idealistic getaway takes an unexpected turn when the couple are wrapped in a ‘twisted’ game, hosted by actor and comedian Andy Richter, that is solely focused on their rocky marriage.

The iconic duo will make an appearance in the second season’s third episode, which is slated to air on the Fox network on January 16.

The premise of the hit series, which premiered its first season in 2021, follows, ‘People who walk in with a desire, but end up reborn to themselves through the magical realism of Fantasy Island,’ according to an IMDB synopsis. 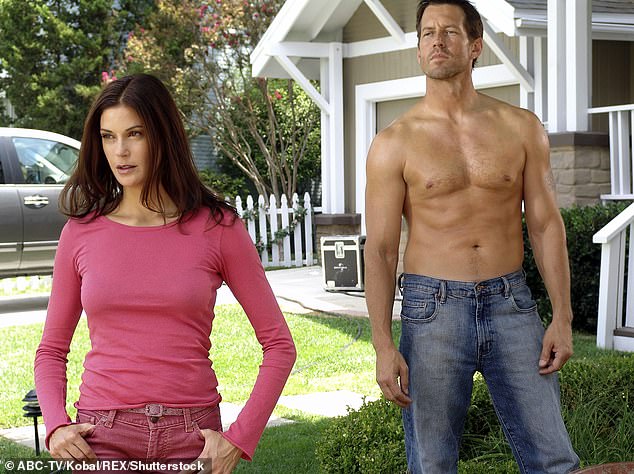 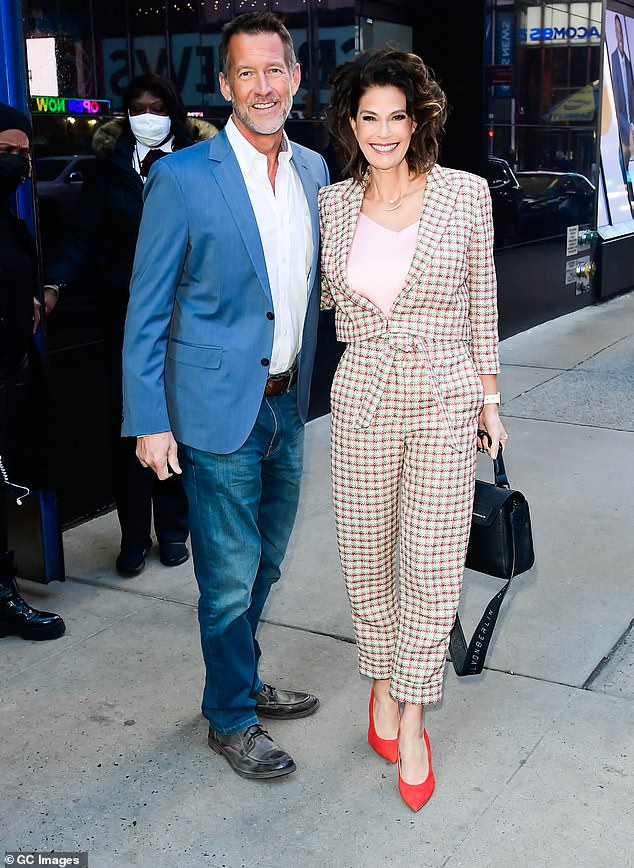 Other projects: The Golden Globe winner and The Good Witch actor briefly reunited in 2021 to star in the Hallmark film, A Kiss Before Christmas; the two seen in November 2021 in NYC

Other talented cast members that will make an appearance on Fantasy Island, which is a sequel to the original series that aired from 1977 to 1984, include Roselyn Sanchez, Curb Your Enthusiasm actress, Cheryl Hines, Lucifer star Rachael Harris, and actor John Gabriel Rodriguez.

Teri and James previously starred as Susan and Mike Delfino on Desperate Housewives after saying ‘I do’ on the screen during the show’s third season, with Delton’s character tragically being killed off later in the series.

The Coraline actress revealed to People in 2021 that she had a ‘crush’ on James when they were working together on the award-winning series.

When asked if she ever did have a crush on the actor, Teri admitted to the publication, ‘The answer is yes, absolutely.’ 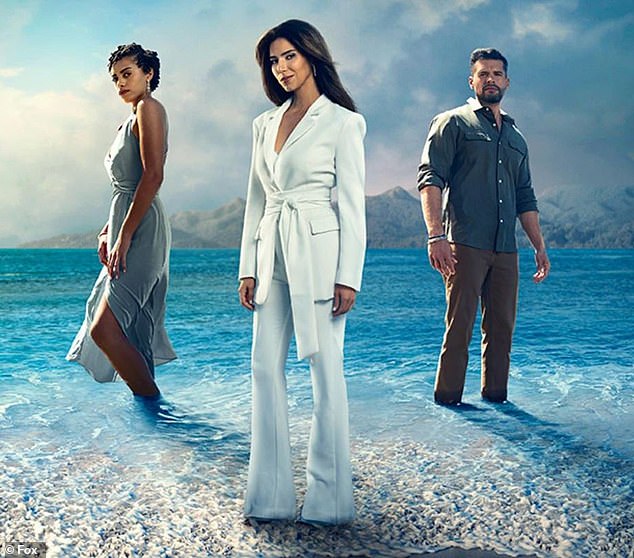 Sequel: Fantasy Island is a direct sequel to the original series that first aired in 1978 and came to an end in 1984 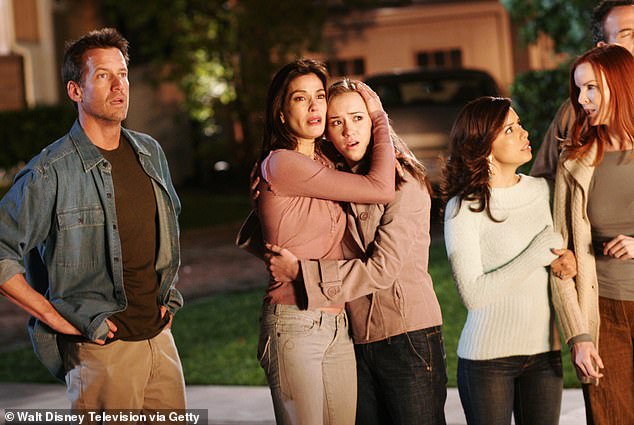 Iconic duo: Teri and James starred as Susan and Mike Delfino on the hit ABC series, Desperate Housewives, which aired for a grand total of eight seasons

The talented pair had the chance to reunite on the holiday Hallmark film, A Kiss Before Christmas, earlier in 2021. At the time, it had been a total of nine years since the actors had worked together.

During an interview with E! News’ Daily Pop, Teri had discussed how the two were able to star in the same project together after so many years.

The award-winning actress expressed that both she and James have kept in touch, even after Desperate Housewives came to an end. ‘The whole thing started because he called me, and he was like, ‘I’m producing this movie. You probably don’t want to do it, but would you even consider reading it?’

The mother of one then recalled telling Denton, ‘I was like, ‘Are you kidding me? This sounds like the perfect way for us to reunite!’

When promoting the Hallmark film, Teri explained on Good Morning America that taking on the role alongside James, ‘was really for the fans.’

Devoted Desperate Housewives fans don’t have to wait long until they can see their favorite TV couple reunite once again on Fantasy Island later this month. 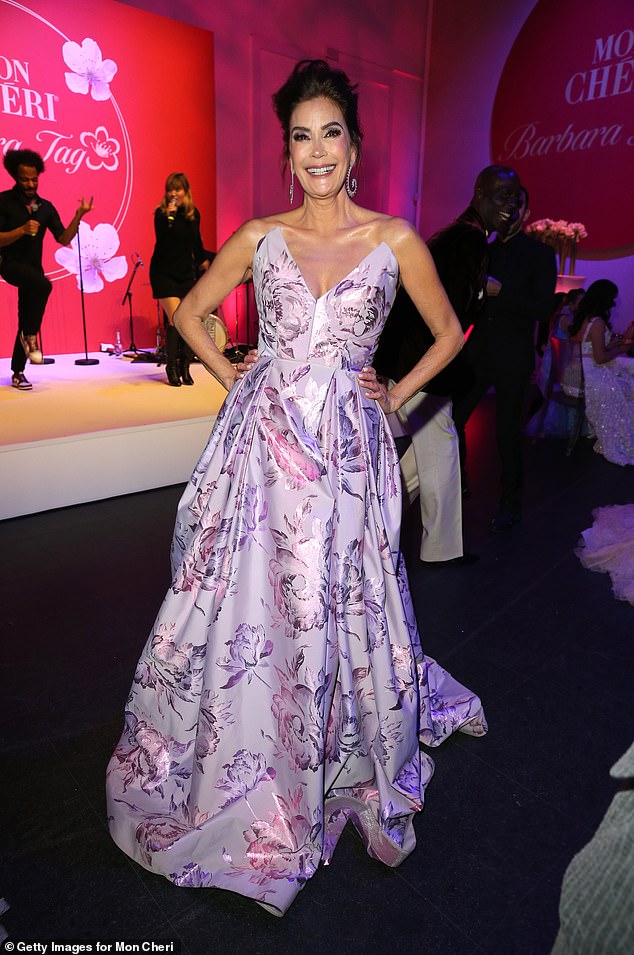 Appeasing fans: Fans will have the chance to see the Desperate Housewives stars appear on the screen together once again on Fantasy Island, rather than Wisteria Lane; Teri seen in November 2022 in Germany 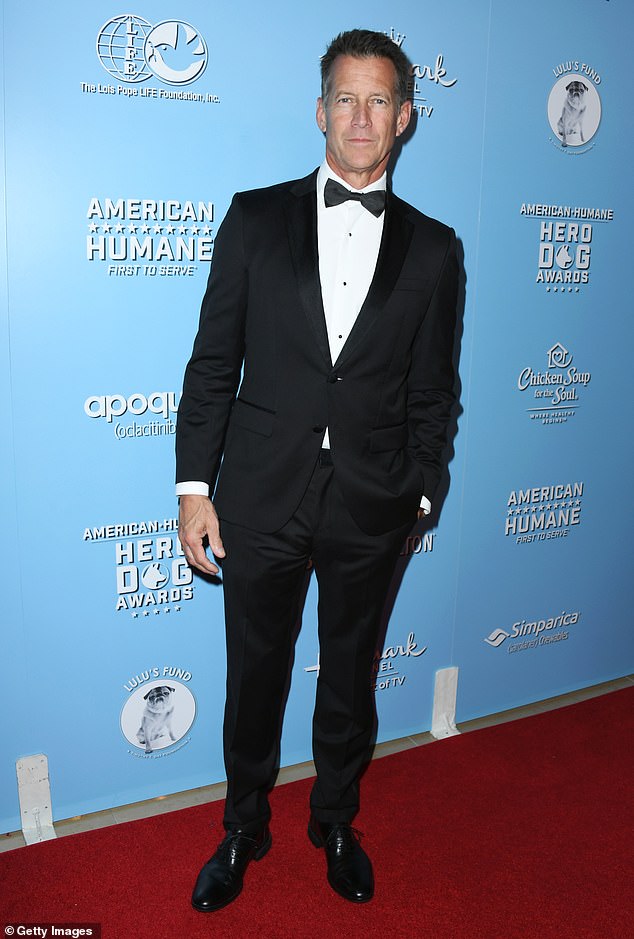 ‘Crush’: The Coraline actress had admitted to People in 2021 ‘absolutely’ had a crush on James when the two starred in the hit ABC mystery series together; Denton seen in October 2019 in Beverly Hills