All-clear for Covid-19 tests at home: Tens of millions of 30-minute virus swabs are set to be sent out… but you can only use them to confirm you need to isolate – NOT to make decisions on whether to mix with family and friends

Rapid Covid tests have been cleared for use at home – but with strict conditions attached, it has emerged.

Regulators have given the go-ahead for lateral flow devices (LFDs), which give results in 30 minutes, to be used at home by members of the public.

Boris Johnson’s hopes of avoiding future lengthy lockdowns rest in part on approval of the tests, of which there are tens of millions already stored in UK warehouses.

The Medicines and Healthcare products Regulatory Agency (MHRA) allegedly blocked a plan to post millions of the tests to households last week.

The lateral flow devices (LFDs), which give results in 30 minutes, are to be used at home by members of the public. (Stock image)

But now they have been given the all-clear, according to the Financial Times.

However, it says the regulator has placed strict conditions on their use – which may limit their appropriateness as an alternative to social distancing.

The MHRA is said to be ‘keen to emphasise that the devices are allowed to be used only to ‘find’ cases of Covid-19 infections, so that people who were not aware they had the virus are able to isolate’.

‘They are not to be used to ‘enable’ people to make life decisions,’ they added.

In a lateral flow test, fluid is taken in a swab of the nose or the throat and applied to a piece of absorbent paper that will change colour to indicate whether or not the virus is present, taking just 15 to 30 minutes to produce a result.

Ministers have suggested LFDs as a way to help regions come out of tougher lockdowns, enable relatives to visit care home residents and let schools open on time in January.

But there is fierce debate about whether they are effective enough to allow people to make decisions about their behaviour and movements.

The University of Oxford initially found the tests picked up 77 per cent of cases, rising to over 90 per cent of the most infectious.

However, accuracy fell from 79 per cent when used by experts to 58 per cent when carried out by ordinary people without any training. 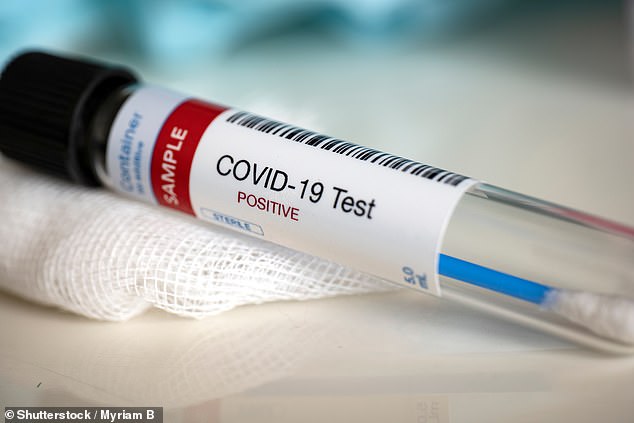 Real-world testing in Liverpool found the LFDs only picked up 49 per cent of cases.

The Scientific Advisory Group for Emergencies (Sage) said earlier this month that lateral flow testing ‘should not be seen as a way on its own of enabling high-risk activities to take place, but could reduce the risk of activities that are due to occur anyway’.

It comes as plans for the rollout of rapid Covid testing centres were shelved as they were now ‘unnecessary’.

Ministers had considered converting existing sites to use them for LFD tests.

Yesterday it was claimed the Government had halted the plans due to concerns over the accuracy of the tests. But last night the Department of Health and Social Care (DHSC) rebutted this, saying they had ‘explored the option’ of increasing capacity.

However it was ‘proved unnecessary’ and instead they are continuing a pilot scheme, which began yesterday, to test it in a live environment.

The DHSC said evaluations from Public Health England and Oxford University show the tests are accurate enough to be used in the community.

The pilot will run for two weeks, and people with symptoms who booked the test will be able to take an LFD test if they wish, followed by a standard polymerase chain reaction (PCR) swab test.

The PCR test is more accurate but needs samples to be sent to a lab and processed by experts, which requires a 48-hour turnaround.