By Alison Boshoff for the Daily Mail

British tennis sensation Emma Raducanu had just £44 in her company account before her stunning win at the US Open made her a £12 million fortune.

Ms Raducanu, 19 set up the company Harbour 6 limited in February 2020. She is its sole director.

It filed its first set of accounts on Thursday (APR 14th) covering the period up to February 2021.

The accounts show how vertiginous her rise has been; she’s come from barely making any money to winning £1.8 million in prize money at the US Open and then signing big money endorsement deals with companies including Porsche, Evian and Dior.

Ms Raducanu entered the US Open as a qualifier in September 2021, and stunned the world by winning. She was the first female British tennis Grand Slam winner in 44 years.

Since then she has been named the BBC’s Sports Personality of the Year and been given an MBE in the New Year’s Honour’s list.

She became a brand ambassador for Porsche last month.

Along with actress Anya Taylor-Joy and model Iris Law she is one of Dior’s celebrity ambassadors.

She also has a deal with mobile phone giant Vodafone, said to be worth £3 million a year and with Evian (who formerly had Sharapova as a ambassador). 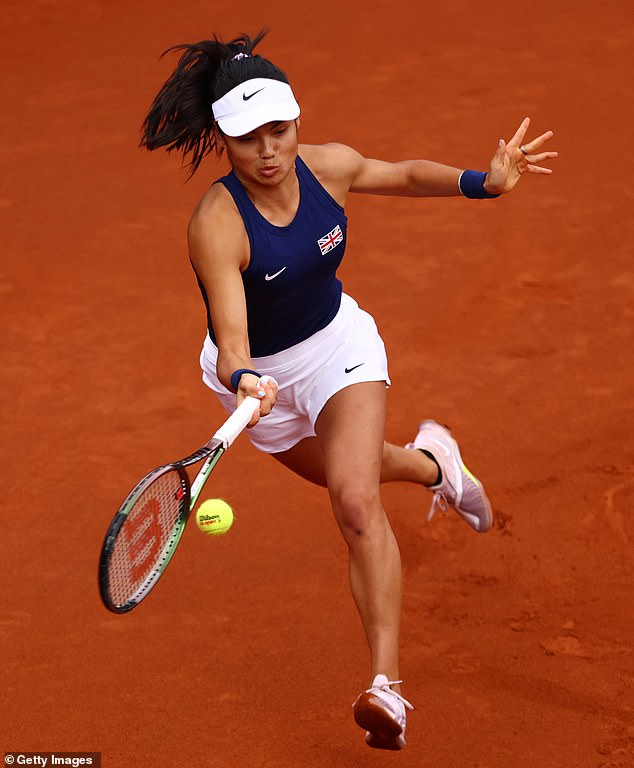 She also has a deal with mobile phone giant Vodafone, said to be worth £3 million a year 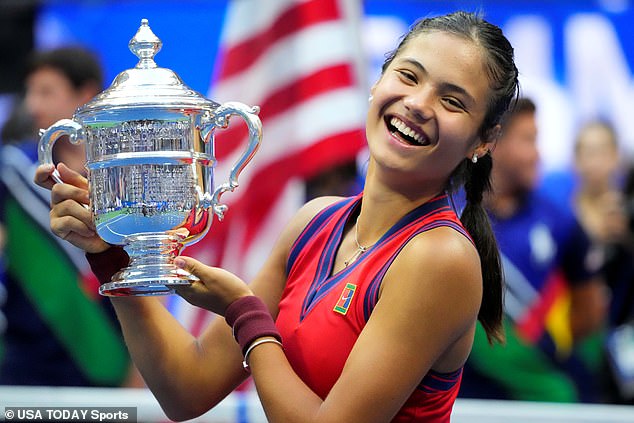 She entered the US Open as a qualifier in September 2021, and stunned the world by winning

A deal was signed with the jewellers Tiffany after her successful Wimbledon run last June, so she wore Tiffany throughout her US Open matches.

She is a global ambassador for British Airways, who will fly her to tournaments and training around the world.

She’s been on the books of Nike for nearly four years but this deal is understood to have been renegotiated. The Nike outfit which she wore when winning the US Open has been donated to the Tennis Hall of Fame in Newport, Rhode Island.

She’s also thought to be renegotiating her equipment deal with Wilson rackets.

The accounts confirm that she has dual citizenship – she describes her nationality as ‘British/Canadian’ on her share certificate.

Born in Canada to a Romanian father and Chinese mother, she was raised near Orpington, Kent.