Anthony Albanese may face many daunting leadership moments but few are likely to imprint on his memory more than meeting Perth grandad John Bradley, whose green mankini left very little to the prime ministerial imagination.

With the few strips of fabric protecting his modesty almost lost to the side view, Mr Bradley strode confidently across the Telethon set to meet the ‘horrified’ Prime Minister.

A laughing Mr Albanese, who was wearing an eye-catching colourful telethon pyjama top, was heard saying ‘good on you’.

Gesturing to his non-prime ministerial night-time attire, Mr Albanese said: ‘I got off lightly’.

Initially his daughter’s husband, who owns a seafood business, bet $1000 he wouldn’t walk a stretch of beach in the mankini. 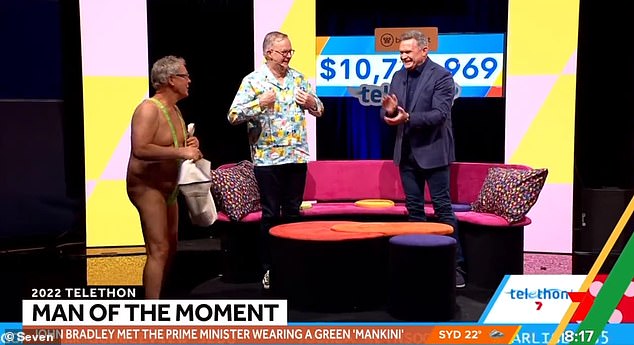 Mr Bradley haggled the bet up to $10,000 and dutifully took the walk on Thursday.

A second bet for an additional $15,000 was then made that challenged Mr Bradley to wear the mankini and present two cheques to the Prime Minister.

‘He had a look of horror on his face,’ Mr Bradley said.

Mr Bradley told Seven’s Sunrise show on Monday morning that it was a bit of a rude introduction to Perth’s annual fundraiser for Mr Albanese. 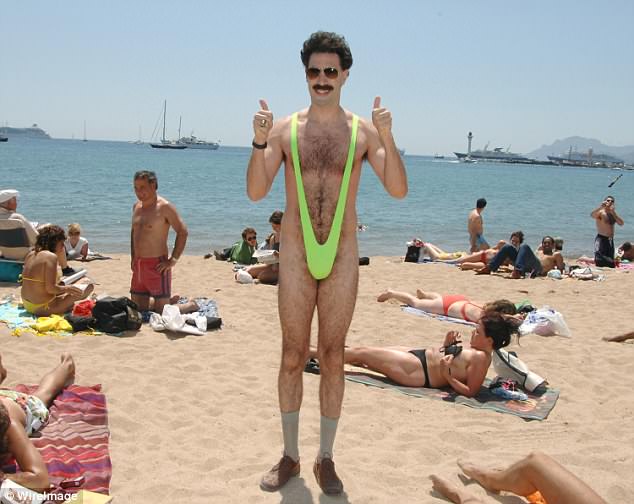 Sacha Baron Cohen made the character of Borat famous in the self-titled 2006 film, with the image of Cohen in a green one-piece ‘mankini’ synonymous with the character

‘I don’t think he was used to what happens at telephones and those type of things always happen,’ Mr Bradley said.

He also revealed his wife had a similar reaction.

‘She’s not very happy about it,’ he told the laughing interviewers.

‘She said “that’s the first and last time you are ever going to do that”.’

Asked by David Koch if he had thought about wearing ‘flesh-coloured undies’, Mr Bradley said he had tried on about 10 pairs belonging to his wife but didn’t feel that honoured the bet. 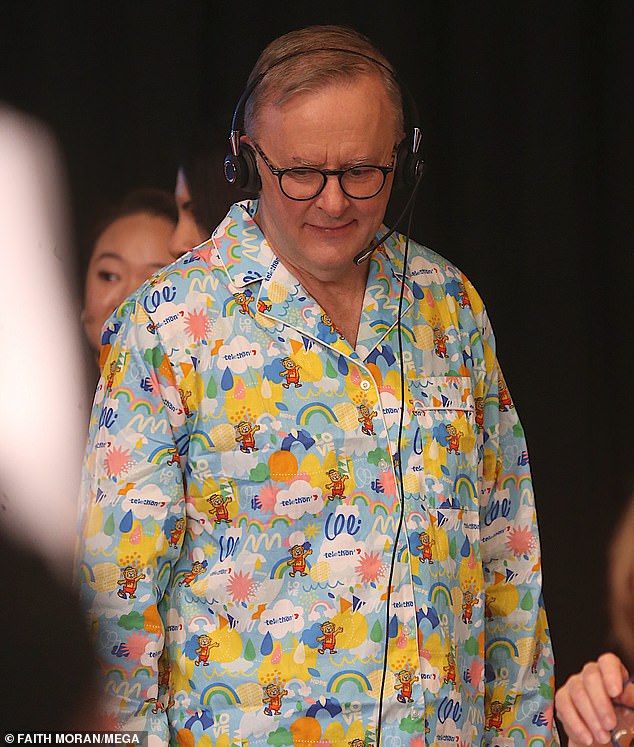 ‘The deal was I’d go in the mankini and that’s always the way it’s going to be,’ he said.

‘I had no problems with it.

‘The only thing going through my mind was the money for the kids and that’s the only reason I did it.

‘I wasn’t too worried about the whole thing at all.’

Mr Bradley’s unselfconsciousness contributed to the more than $71 million being raised at the event, as shown on the most recent update on the organiser’s Facebook page.