A murder probe has been launched in Dublin after a group of teenagers found the dismembered remains of a young man in a bag.

The remains, which have not yet been identified, are believed to be those of a 17-year-old boy who went missing several days ago.

The suspected victim was believed to have been abducted as part of a major gangland feud in the Irish capital.

Detectives in Dublin have launched a murder investigation after a dismembered corpse was discovered dumped in the middle of a housing estate in Dublin, pictured 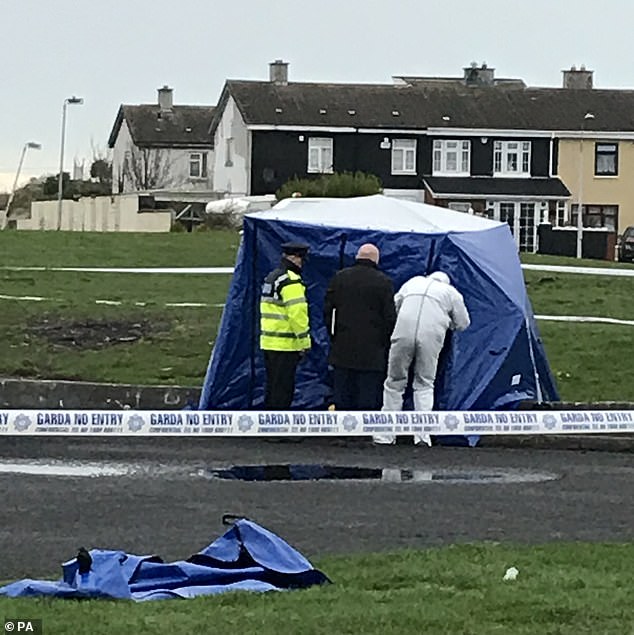 The remains were found in a bag outside houses at the junction of Moatview Gardens and Moatview Drive in Coolock.

The remains were removed from the scene on Tuesday by ambulance to the City Morgue for a post-mortem examination, while the scene has been preserved for a forensic examination.

The victim has not yet been identified.

The discovery comes amid concerns over a missing teenager. It is understood that the teenager had recently been threatened.

A local priest told local RTE news that neighbours were frightened by the incident.

‘Children come to the school in the area, close to where the body was found, and will have walked by there this morning.

‘It’s quite frightening and at the same time we need to redouble our efforts as a community to find ways to rally around each other and show support, and especially to show our young people this is not the way. This is wrong.’ 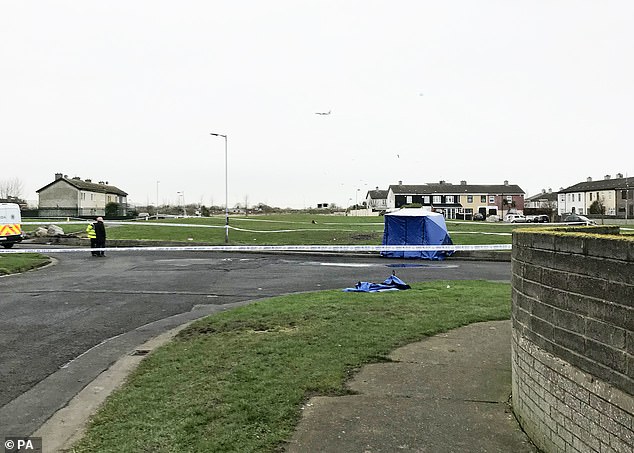 The body was found at in Coolock, on Dublin’s northside on Monday by a group of teenagers

Gardai have appealed to anyone who has concerns over any friend or relative they have not heard from in several days to contact them at Coolock garda station.

The Dublin City Coroner has been notified and the State pathologist was due to visit the scene on Tuesday.

Gardai are attempting to identify the body parts with the assistance of Forensic Science Ireland.

They want to speak to anyone who was in the Moatview Gardens and Drive area of Coolock, or in any adjoining roads, between 9.30pm and 10pm on Monday.

In a statement gardai said: ‘In particular gardai are seeking assistance from all road users who may have dash-cam footage in their vehicles which may assist investigating gardai and any assistance any person may have can contact gardai in Coolock garda station on 01 6664 200.’