‘I feel really guilty’: Asymptomatic teen reveals she was cleared to get a nose job BEFORE receiving her COVID-19 test results – only to test POSITIVE the day after her surgery

By Erica Tempesta For Dailymail.com

A teen has revealed that she got a nose job before getting her COVID-19 test results back because she didn’t have any symptoms, but she ended up testing positive the day after the procedure.

TikTok user @lsdbebe opened up about the situation in a viral video, explaining that her plastic surgeon went ahead with the scheduled rhinoplasty because he really didn’t think she had the novel virus.

‘I wish I was kidding,’ she captioned the clip,’ which has been viewed more than three million times since it was posted last week. 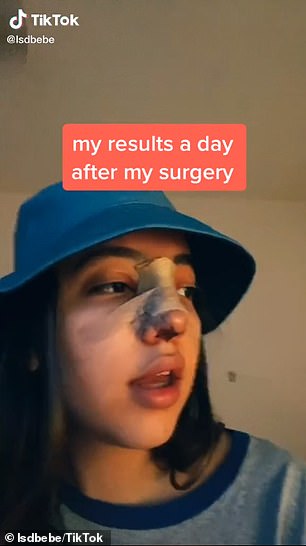 Bad timing: TikTok user @lsdbebe revealed in a viral video that she tested positive for COVID-19 the day after she underwent a rhinoplasty 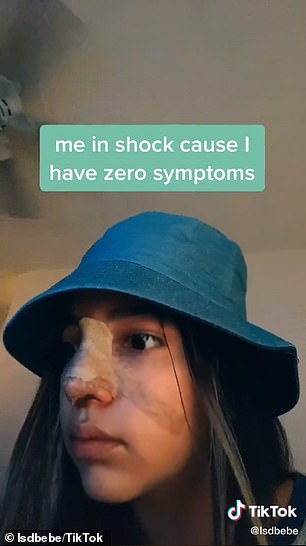 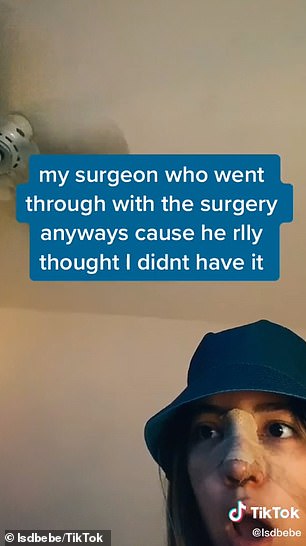 Bad call: She explained that her plastic surgeon went ahead with the rhinoplasty before receiving her coronavirus test results because he didn’t think she had it

Many commenters blamed the teen for the careless mistaken, while others insisted it was the surgeons fault for not postponing the procedure.

She received so many questions about what happened that she ended up filming a follow-up video in which she detailed how she ended up getting the surgery despite her results not being in yet.

‘I’ve been in quarantine since March, and I only started going out this month for my doctor’s appointments — and only for that,’ she said. ‘My surgeon said I had to get tested for corona to be able to get the surgery, so I did.’

According to the TikTok user, the lab administered the test incorrectly the first time, which meant she wouldn’t get her test results back until after her surgery. 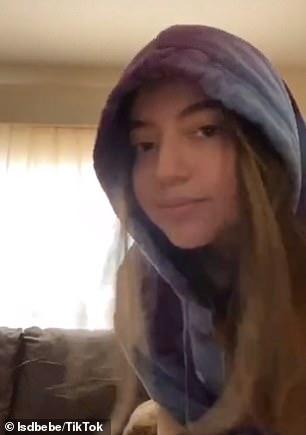 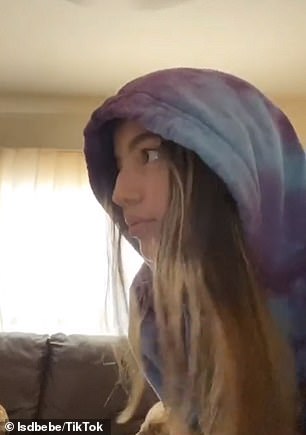 Confusing: The teen, pictured before her surgery, said she had been in quarantine since March and only left her house for doctor’s appointments

The dad told her surgeon about what happened, but he was confident that she didn’t have the virus because she ‘did not display symptoms’ and nor did her father.

‘So he let us go through with the surgery anyway and said that we can give him the results late,’ she explained. ‘I do recognize that this was also partly my fault and that I should have waited at home until I got my results.’

She admitted that she and her dad were ‘ignorant’ to think she was healthy just because neither of them had any coronavirus symptoms.

‘I already felt really guilty about it yesterday, and we have informed everyone we’ve been in contact with because of the surgery,’ she said at the end of the video. 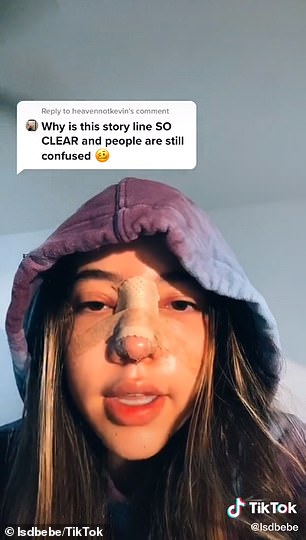 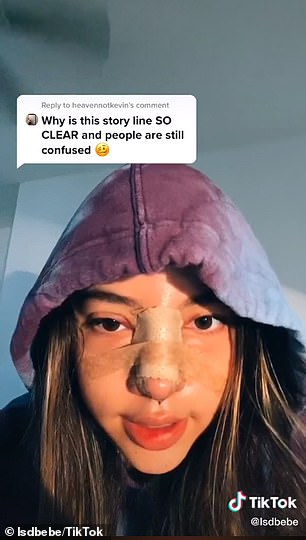 Telling her story: In a follow-up clip, she admitted that she and her dad were ‘ignorant’ to think she was healthy just because neither of them had any coronavirus symptoms 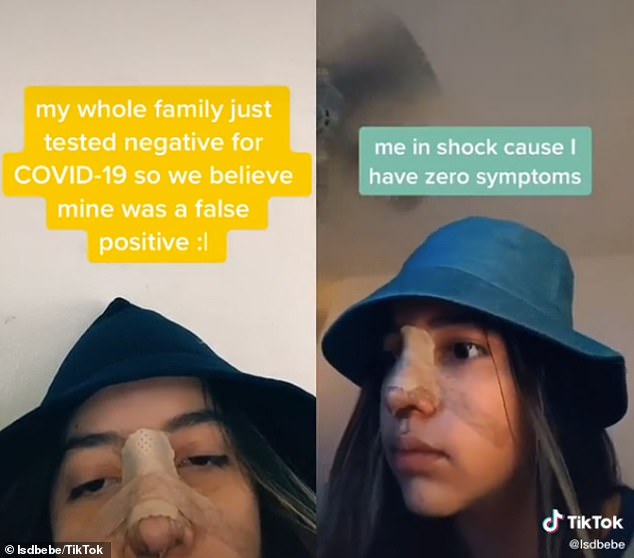 What to believe? A few days later, she shared that her entire family just tested negative for COVID-19, leading them to believe her test results were a false positive

‘So, yes, stay safe everyone. Take it seriously.’

In the comments, she admitted she had no idea where she got the virus from because she had only been going out for blood tests and doctor’s appointments.

A number of people felt that her surgeon should be blamed for the reckless mistake — not her. She was simply listening to a medical professional.

A few days later, she revealed that her entire family just tested negative for COVID-19, leading them to believe her test results were a false positive.

‘Still gonna quarantine but like wtf,’ she wrote in the caption.