A disabled teacher whose Centrelink payments were slashed after he won lotto was on a pension because he was held hostage by convicted murderers.

However, he was shocked to discover his $821.20 a fortnight disability pension would be cut to $328.20 because Centrelink considered him a ‘professional gambler’.

Mr Hill was on the pension because he suffered severe psychological damage when he was held hostage by Townsville prison inmates in 2019.

He was teaching hardened criminals literacy when a riot broke out in the main part of the jail and his nine students threatened him with their pens.

‘Usually they’re pretty well behaved but one of the guards thought it would be funny to tell them I was a former prison officer and I was spying on them,’ he told Daily Mail Australia.

‘That had a pretty adverse effect, these guys are doing life for murder for a reason, they’re not super bright.’

Mr Hill said the prisoners blocked him from leaving the room and told him: ‘If we have to kill anyone, because you’re an ex-prison officer you’ll be the first one.’

The inmates wielded their pens like knives and threatened to stab him to death for the hour he was trapped in the classroom.

‘A pen can do a lot of damage if you stick it in the jugular. I knew, OK, this is serious, it scared the f**k out of me,’ he said. 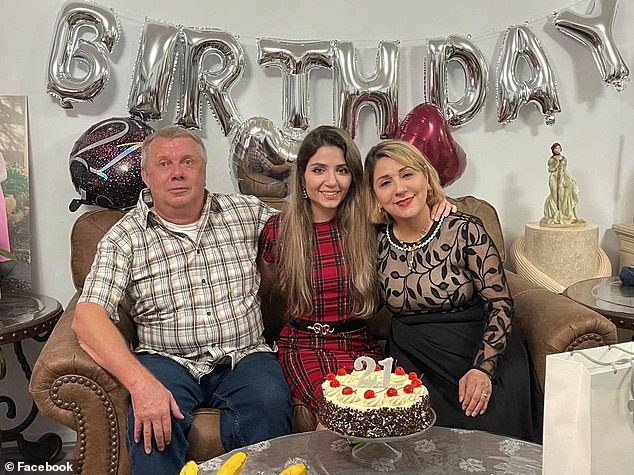 Mr Hill (pictured with his family) was on the pension because he suffered severe psychological damage when he was held hostage by Townsville prison inmates in 2019.

Two prison guards were stationed outside the room but appeared to be unaware of what was going on inside, leaving Mr Hill to draw on his prison training from decades ago.

‘I talked my way out of it by telling them that even if they were doing life for murder and thought they had nothing to lose, were they really willing to give up their lives?’ he said.

‘Because the unwritten rule is that if you harm a hostage you won’t get out of there alive.

‘Even though I was scared I couldn’t show any fear, if you show fear they have power over you.’

After a terrifying hour, the inmates gave up and went back to their cells, leaving Mr Hill unscathed.

He flew straight back to his home in Brisbane but was dragged back for the last five days under threat of being sued for breach of contract.

Fortunately there were no more issues, but he was extremely stressed about spending more time at the jail. 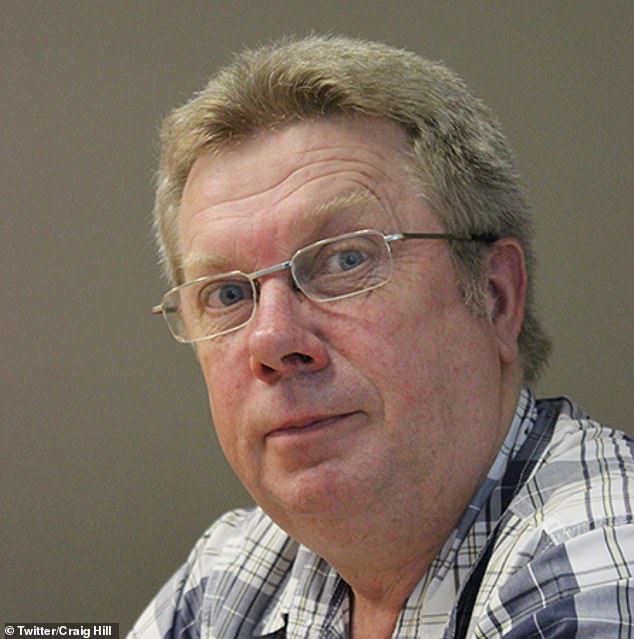 Mr Hill already suffered PTSD and schizophrenia from his three years working as a prison officer at Goulburn Jail, diagnosed in 2003 a decade later and the hostage taking exacerbated it to the point where he can no longer work as a teacher

‘He told me teachers don’t deserve meals, and would be forced to eat their lunch in the computer room,’ he said.

‘He told us teachers were “non-persons”.’

Mr Hill already suffered PTSD and schizophrenia from his three years working as a prison officer at Goulburn Jail, diagnosed in 2003 a decade later.

He said being taken hostage exacerbated his PTSD and made him unable to continue as a teacher and barely able to leave the house.

‘After a few weeks I couldn’t concentrate, I have a lot of stress and anxiety, I get panic attacks especially when I leave the house,’ he said.

‘Once a month or so I have a good day and I’m able to go out, maybe to the local pub for trivia but after a couple of hours I’ll have a panic attack and have to go home.

‘I have nightmares about the jail, I wake up in a cold sweat.’

Mr Hill was approved for WorkCover just 18 days after he applied for it after Queensland Corrective Services coped to it, but it ran out after two years.

Since then he has got by on his pension, and his wife’s carer payment as he is reliant on her to deal with the outside world. 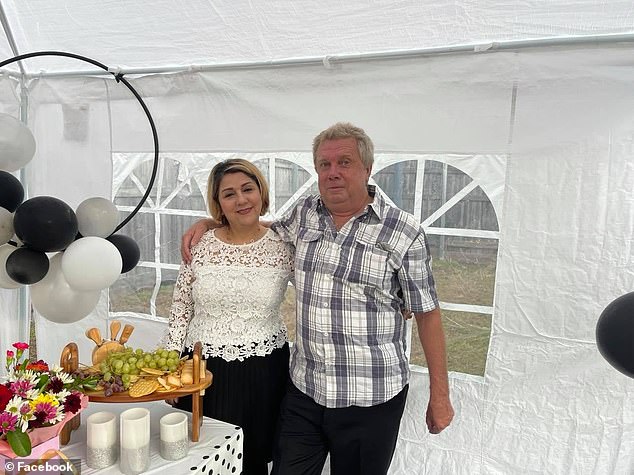 Mr Hill claimed after he asked for a review, Centrelink officers also cut his wife’s (pictured with him) carer’s allowance by about the same amount as his pension

So when he won the $60,000 prize he thought he had finally caught a break, only for Centrelink to immediately slash his payments.

The Australian Taxation Office confirmed his winnings were not taxable income, as is the case with all gambling payouts to average punters.

Mr Hill claimed after he asked for a review, Centrelink officers also cut his wife’s carer’s allowance by about the same amount as his pension.

‘I did the right thing and contacted Centrelink and they told me because it was paid monthly it counted as income from gambling,’ he said.

‘So I asked if I could deduct all my gambling losses over the past 20 years and they said no, you only become a professional gambler on the day you win.

‘If I’d won $600,000 on the Powerball it wouldn’t affect my pension but because it’s paid monthly I’m a professional gambler, it’s ridiculous.’ 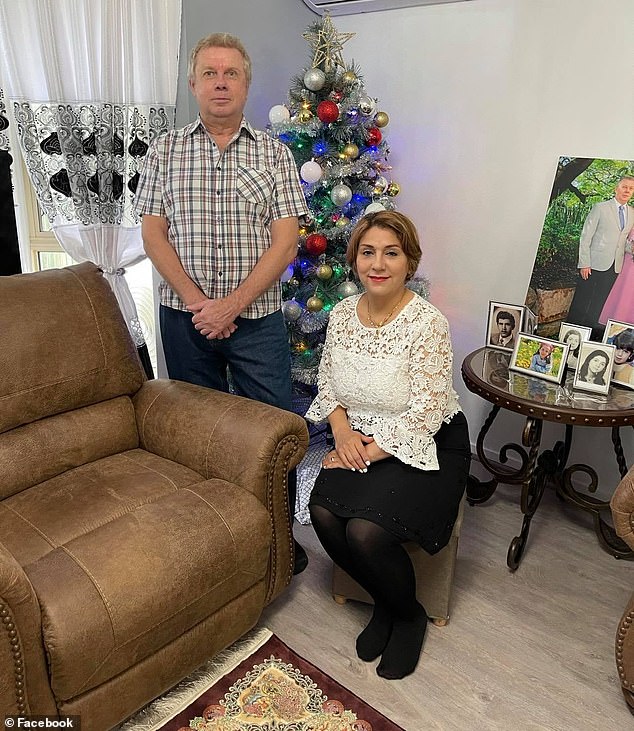 Since his WorkCover ran out he has got by on his pension, and his wife’s carer payment as he is reliant on her to deal with the outside world

Mr Hill claimed Centrelink officers told him he could take the dispute to the Administrative Appeals Tribunal but then his entire pension for the past seven years could be audited.

‘There’s a culture in some of these departments where they see clients as the enemy but if they didn’t have clients they wouldn’t have jobs,’ he said.

Mr Hill said he was very far from being a professional gambler, only playing Powerball when the jackpot got high and buying Set For Life regularly since 2015.

‘I’m not betting on the horses or going to the casino, I maybe have a bit of a lash on the poker machines once in a while,’ he said.

Mr Hill, a former Australian Democrats vice president, said Government Services Minister Bill Shorten could intervene but his office had not been cooperative.

He also asked The Lott to ask if the winnings could be paid all at once to avoid the issue, but he claims the company refused to do so and didn’t give a reason.

‘Everyone has the capacity to fix the problem but no one wants to,’ he said.

He does sporadic clerical work from home that he declares on a profit and loss statement he submits to Centrelink every three months. 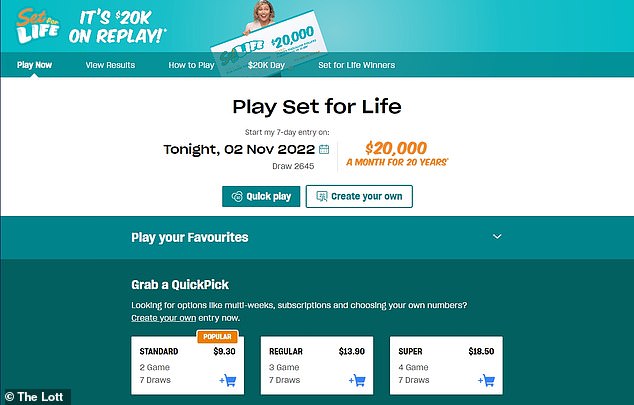 ‘Lottery winnings that are received periodically, for example on a monthly basis for an indefinite length of time, are assessed as income for the period to which they relate,’ it told Daily Mail Australia.

‘This is consistent with the principle of targeting assistance to those who need it most. A periodic lottery winning is an ongoing source of income which can be used for a person’s own self-support.’

The department admitted that if Mr Hill had received the payout as a lump sum it wouldn’t have been assessed as income.

However, any assessable assets bought with it would be, and any ongoing income – such as rent from a property or bank interest – would be. 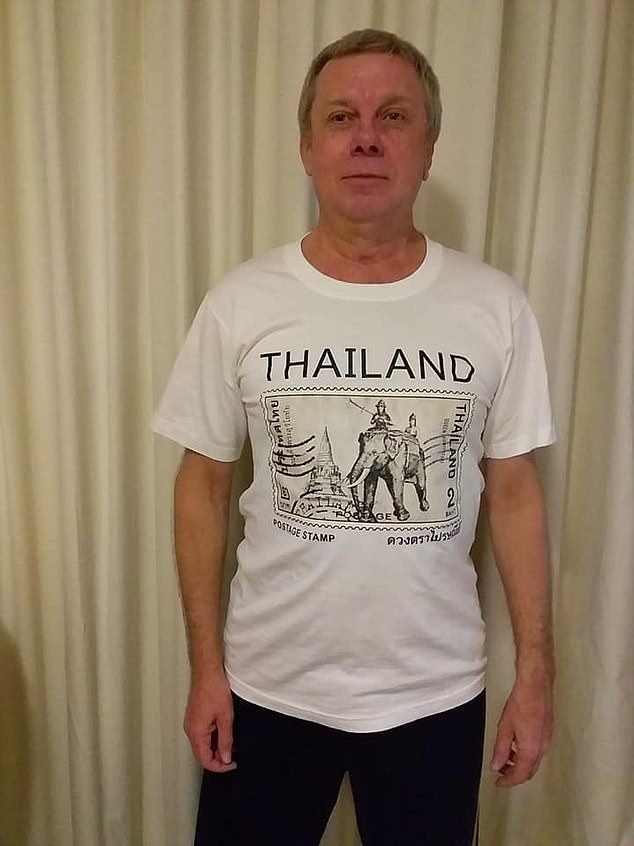 Mr Hill said he was very far from being a professional gambler, only playing Powerball when the jackpot got high and buying Set For Life regularly since 2015

Just because the lottery winnings were tax free didn’t have any bearing on whether they could be assessed as income.

‘The social security system measures a person’s need for income support and their capacity to contribute towards their own support,’ it said.

The department said Mr Hill’s wife’s carer payment was affected because the pension income test uses the gross income of both partners, even if one of the partners does not receive a pension.

‘This is based on the principle that couples are able to pool their resources for their mutual benefit,’ it said.

‘Accordingly, the income of each member of a couple is assessed for the purposes of the social security pension income test.’