Primary school teacher accused of illegally accessing the emails of six colleagues ‘had been ostracised after making an official complaint that they were boosting pupils’ grades’, court hears

A teacher who spoke out about alleged cheating at a primary school has told a court she had endured ‘months of hell’ and was told to watch her back.

Donna-Maria Thomas raised concerns about ‘overgrading’ and said pupils were being told ‘don’t write that, write this’.

Her allegations, which came out at her trial on Thursday, relate to Aldingbourne Primary School near Chichester, West Sussex.

The 45-year-old is accused of illegally accessing up to six of her colleagues’ email accounts to see if they were talking about her.

She is appearing at Portsmouth Crown Court for trial after pleading not guilty to securing unauthorised access to computer material.

Giving evidence on Thursday, Thomas told the court: ‘The cheating is overgrading the children, so helping them, telling them to change their answer, don’t write that, write this.

‘It could be not marking accurately the test papers they did or just not having evidence to back up what we have teacher-assessed them.’

Jurors heard that she reported her concerns and an investigation was launched.

Her defence barrister Daniel Darnbrough asked her if that investigation changed her relationship with anyone at the school.

She said: ‘Yes, with everybody at the school.

‘People were openly hostile to me. People made derogatory comments. People would walk out of rooms when I walked in.’

Thomas said she was regularly asked when she was leaving and added that her lunch went missing.

In an email read out in court, she described how one member of staff had warned her to watch her back because ‘they are all gunning for me’.

She added to the court: ‘I wasn’t happy but I knew that what I did in disclosing the cheating was the right thing to do.

Thomas said she identified a ‘definite undercurrent’ and there were members of staff who would not forgive her for being ‘disloyal’ to the headteacher.

In her police interview, part of which was read out in court on Thursday, she told officers she had endured ‘six months of hell’.

She said: ‘I felt vulnerable at school in a position where people are looking for ways to get rid of me because of the whistleblowing.

‘I have had now nearly eight months of having to watch my back, watch what I say.’

She said this was ‘because I told the truth in a very difficult situation’ and added that she believed people were ‘plotting’ ways to get rid of her. 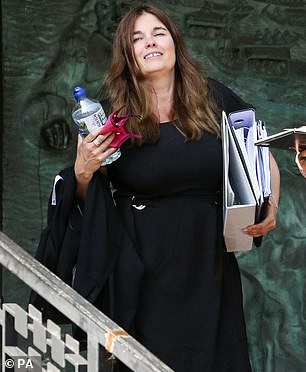 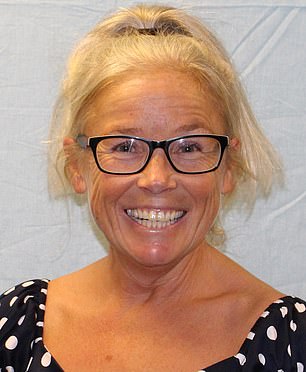 Relationships at the primary school ‘soured’ when Thomas discovered a holiday to Ibiza she had already booked flights for was authorised by ‘mistake’ and she was forced to cancel. Her row with headteacher Liz Webster (pictured) then escalated and Thomas began making a string of complaints to school governors, Portsmouth Crown Court heard yesterday 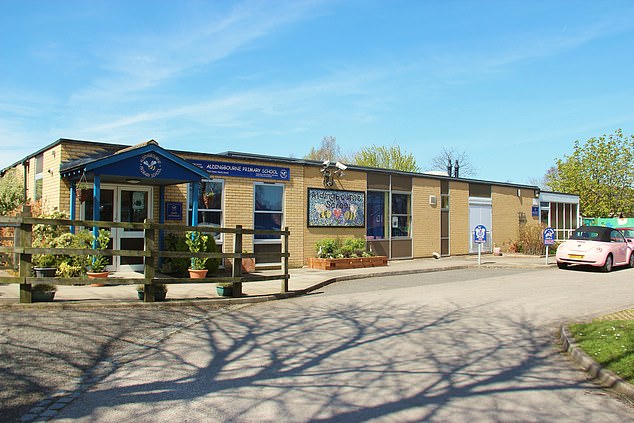 It comes after a court heard she is accused of illegally accessing up to six of her colleagues’ email as part of a feud with the headmistress for cancelling her holiday.

Prosecutors told the jury relationships at the school ‘soured’ when Thomas discovered a holiday she had already booked flights for was authorised by ‘mistake’ and she was forced to cancel.

She then allegedly began logging into the private school accounts of at least five staff members ‘without authorisation’, scouring emails for anything ‘she could use’.