A devastated mother has pleaded for more widespread awareness of a deadly heart condition that was originally diagnosed as asthma after it claimed the life of her five-year-old son.

Finley (left) was the ‘best big brother’ to younger sibling Hayden (right), and were ‘so close’ 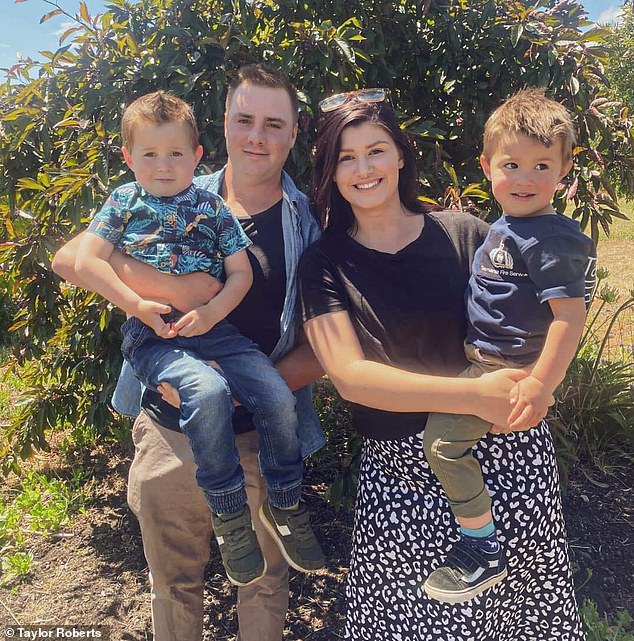 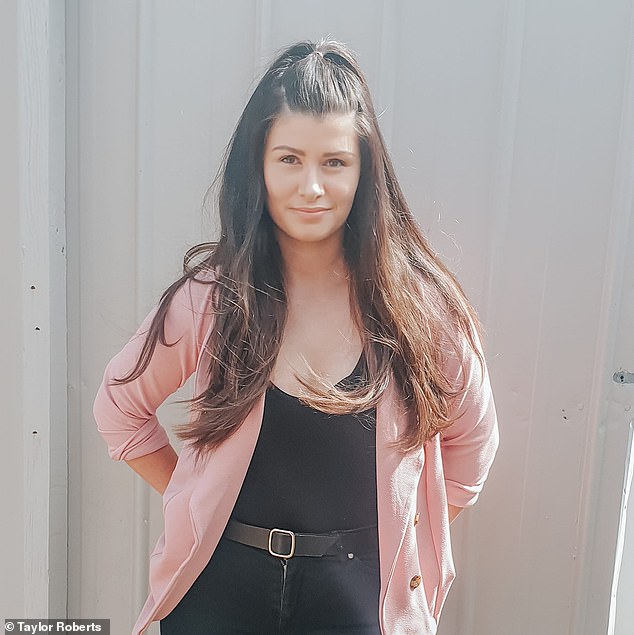 Taylor Roberts (pictured) said ‘losing my eldest son was losing the person who made me a mother, who made us a family’

‘Losing my eldest son was losing the person who made me a mother, who made us a family,’ the Hobart mum said.

‘My biggest heartbreak in losing him isn’t for myself and what I’ve lost, but for what his brother has lost.’

‘They were only 16 months apart and so close, he was the best big brother to Hayden and the best role model for him.’

In early April, Finley had a seizure at the home she shares with her partner Josh and younger son, Hayden.

After rushing the boy to hospital, the family were told he had suffered a stroke caused by a restrictive cardiomyopathy – a rare condition where the walls of the lower chambers of the heart are rigid.

After a brief recovery, where Finley enjoyed Easter celebrations with his family, the child relapsed into unconsciousness days later.

The Hobart mother woke one morning to an unusual sound and went to check her son in his bedroom.

She found Finley barely conscious and yelled out for Josh to call an ambulance as she thought her son had suffered another stroke.

Medics performed CPR on the boy for two-and-a-half hours but he couldn’t be revived.

Finley’s autopsy revealed the rare condition – a disease where the heart muscle becomes abnormally thick, making it harder for the heart to pump blood.

‘After doing so much research on restrictive cardiomyopathy I was taken aback by him having a different diagnosis, but that explained why he was not able to be revived in the hospital,’ Ms Roberts told Daily Mail Australia.

Ms Roberts said Finley had been diagnosed with asthma at the age of one, but his actual condition – which has symptoms similar to asthma – turned out to be far more severe. 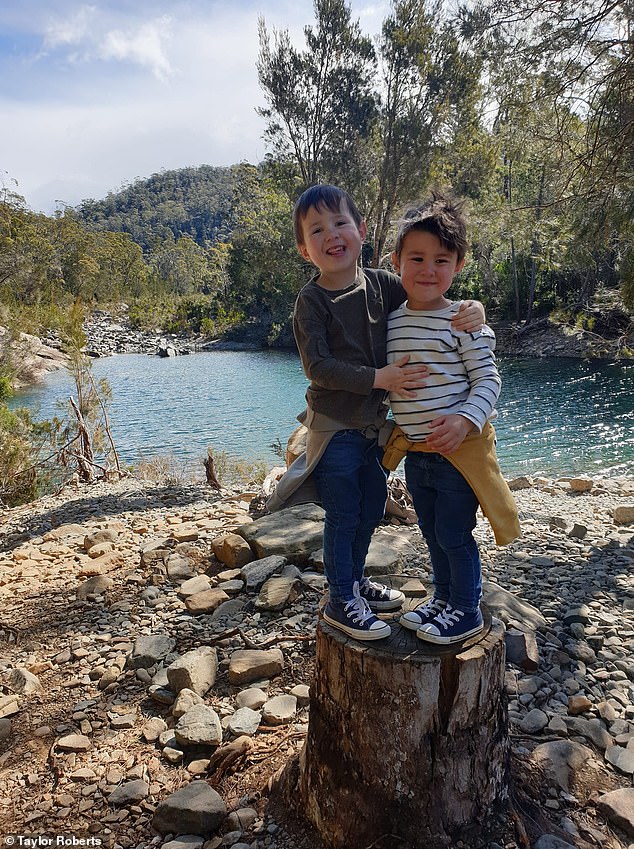 The hypertrophic cardiomyopathy condition Finley (pictured, left) died of is often genetic, which has his mum worried for her other son Hayden (right)

Ms Roberts said she now feels Finley was too quickly diagnosed with asthma at the time, with the family taking the word of the doctors as most people do.

The mum said looking back there were opportunities for medical professionals to investigate further into his condition, of which she feels quite disappointed.

She hopes that after getting the word out, other doctors might keep the disease in the back of their minds when they come across children with asthma symptoms.

Ms Roberts also said the condition Finley died of is often genetic, which has caused her concern for other son, Hayden.

To remember her ‘selfless’ boy, she has started a fundraiser where people can purchase a potted plant that will be put into a garden the family want to create in Finley’s honour.

The family have had a lot of community support after Finley’s passing, including a convoy of big trucks, old cars and fire trucks lining the streets for his wake earlier this month.

‘He wanted to be a dump truck driver and had decided that Hayden would be a digger driver,’ Ms Roberts told Daily Mail Australia.

The Tassie mum remembers her Lego-loving child as a ‘selfless’ boy who put others before himself and would share without hesitation.

‘I think of Finley, he was always worried about his brother and his friends, often holding their hands to cross the road or warning them they might trip on something in the playground,’ Ms Roberts said.

‘Waking up without him for another day is a feeling I can’t describe, but knowing how much everyone cares makes it little more bearable,’ the mother said on social media after his wake. 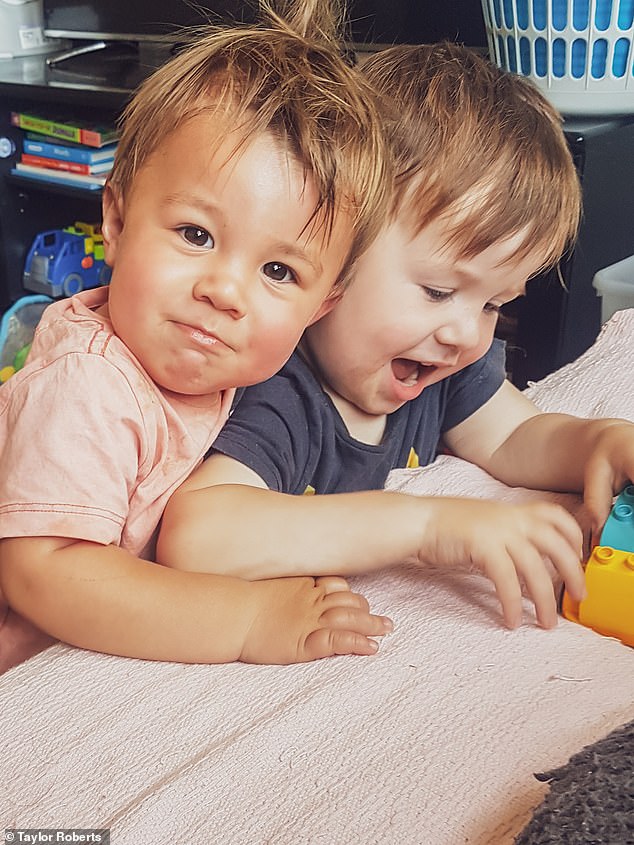 Finley (pictured, right) with Hayden was always concerned about the welfare of his brother 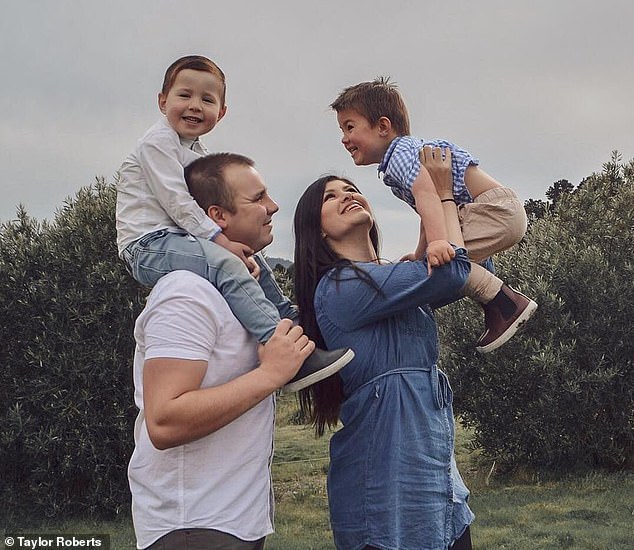 ‘Waking up without him for another day is a feeling I can’t describe, but knowing how much everyone cares makes it little more bearable,’ Ms Roberts said about Finley, (pictured, top left) 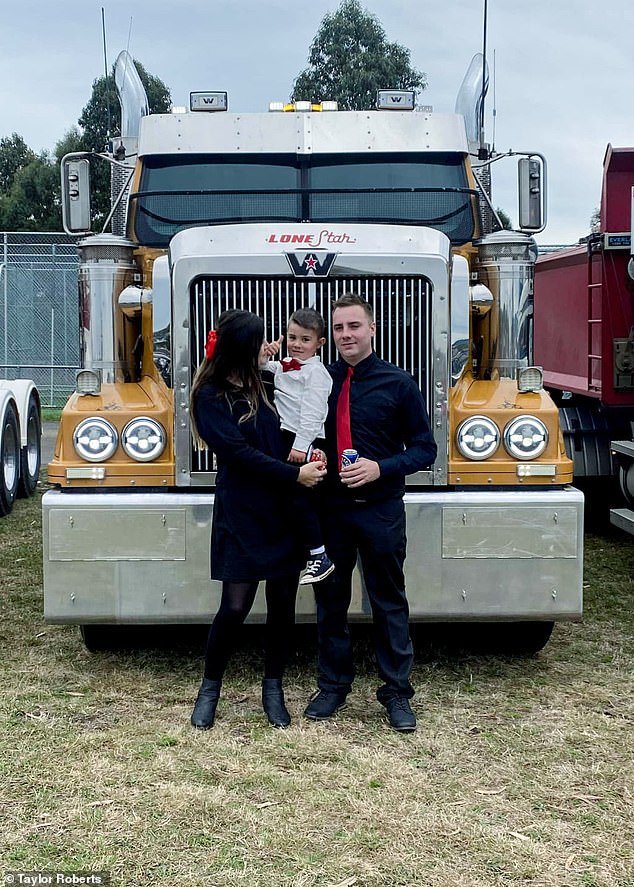 The family (pictured left to right: Taylor, Hayden and partner Josh) have had a lot of community support after Finley’s passing. A convoy of big trucks, old cars and fire trucks lined the streets for his wake earlier this month

Hypertrophic cardiomyopathy (HCM) is a genetic disorder in which the heart muscle becomes abnormally thick, with the muscle making it harder for the heart to pump blood.

The thickened heart muscle can eventually become too stiff to effectively fill the heart with blood. As a result, the heart can’t pump enough blood to meet the body’s needs.

It often goes undiagnosed because many people with the disease can be asymptomatic and can lead normal lives with no significant problems.

Yet in rare cases the thickened heart muscle can cause shortness of breath, chest pain or problems in the heart’s electrical system – resulting in life-threatening abnormal heart rhythms or sudden death.

A number of conditions can cause shortness of breath and heart palpitations so It’s important to get a prompt, accurate diagnosis and appropriate care.

Prevalence of HCM has been estimated at 0.16% to 0.29% in the general adult population and can affect any age or ethnic group, or gender

Symptoms of the rare condition include:

– Fainting, especially during or just after exercise or exertion

– Heart murmur, which a doctor might detect while listening to your heart

– Shortness of breath, especially during exercise