Tasmania is breathing a collective sigh of relief, with no Covis-19 cases detected as a result of testing around the primary contacts of a coronavirus-infected hotel quarantine escapee.

The island state’s south, including Hobart, was forced into a three-day lockdown on Friday evening after the case, a NSW man, spent about 18 hours in the community.

The 31-year-old, who arrived in Hobart on Monday night without a valid border pass and was ordered into quarantine, has refused to co-operate with contact tracers.

He was arrested in the city’s northern suburbs on Tuesday afternoon after fleeing the Hobart Travelodge, and then tested positive.

Tasmania’s south-east was plunged into a three-day lockdown on Friday. Pictured: A woman in a face mask in Hobart on Friday 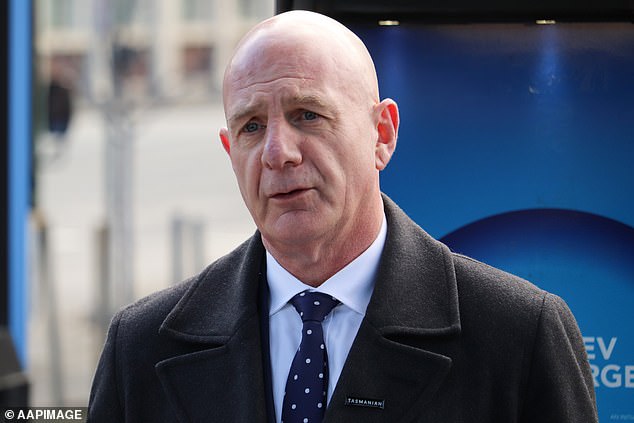 Health authorities say it is still too early to tell whether the lockdown can be lifted on Monday evening as planned.

He said 168 primary close contacts of the man had been identified. Of them, 95 have returned negative results.

Mr Gutwein said Saturday had been another record day of testing for the state, with a total of 1769 results processed.

No new exposure sites have been identified. 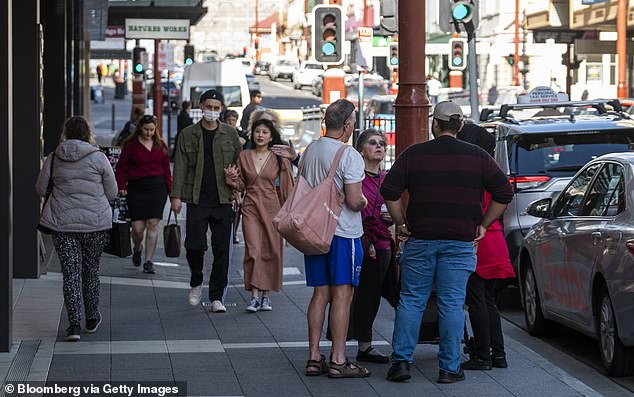 Mr Gutwein said on Saturday the next 48 hours remained critical and asked all Tasmanians in the south to work together to get on top of the situation as quickly as possible.

The infected man, who flew into Hobart via Melbourne, has been fined $3000 for the breaches.

Mr Gutwein said on Saturday he wanted police to ‘throw the book’ at him, saying the penalty did not fit the crime.

‘This is a breach that has brought southern Tasmania to a standstill,’ he said.

Tasmania Police say the circumstances of the man’s case will be examined once the public health response has concluded.