Tamzin Outhwaite has revealed that she feared dying when she took part in new BBC’s Freeze The Fear.

Yet Tamzin, 51, has admitted she was concerned that taking part could trigger a heart attack, with her fears heightened by the fact that her mother tragically passed away after suffering from cardiac arrest.

Struggle: Tamzin Outhwaite has revealed that she feared dying when she took part in new BBC’s Freeze The Fear

Tamzin told Love Sunday: ‘My mum died of a very sudden heart attack and, in my head, jumping into ice-cold water could trigger something like that.

‘My main fear was, “Am I going to have a heart attack when I hit the water?”‘

She added:  ‘I trusted everyone with my emotions. I just felt like I’d had a meditation and I definitely felt a sense that my mum was around, which was a lovely, warm feeling. 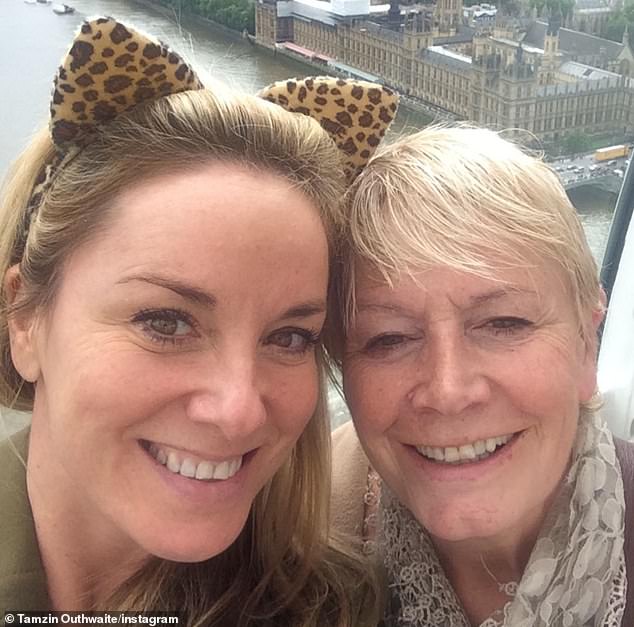 Fears: Tamzin, 51, was concerned that taking part could trigger a heart attack, with her fears heightened by the fact that her mother tragically passed away after suffering from cardiac arrest (pictured with her late mother Anna)

Tamzin’s mother Anna Santi died suddenly of an aneurysm in 2018 aged 67, which she described at the time as ‘the worst thing ever’.

In an interview with OK! magazine, Tamzin opened up about her mother’s passing.

She explained: ‘My mother’s death was so shocking. She died suddenly from an aneurysm at the age of 67.

‘She was my best friend and having her taken suddenly from me was the worst thing ever.’ 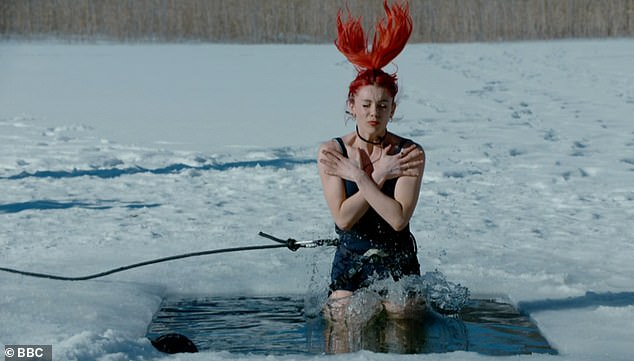 She said of her death: ‘I try to see the good in everything that life throws at me and in this case the only positive was that I didn’t see her suffer, she was in no pain.’

Six-part series Freeze the Fear with Wim Hof is hosted by Holly and Lee Mack, 53.

It sees eight celebrities embark on a once-in-a-lifetime adventure under the training of extreme athlete Wim.

Wim, also known as The Iceman, guides the VIPs though a series of challenges designed to test their limits, both physically and mentally.

Figures suggest there are 200,000 hospital visits because of heart attacks in the UK each year, while there are around 800,000 annually in the US.

A heart attack, known medically as a myocardial infarction, occurs when the supply of blood to the heart is suddenly blocked.

Symptoms include chest pain, shortness of breath, and feeling weak and anxious.

Heart attacks are commonly caused by coronary heart disease, which can be brought on by smoking, high blood pressure and diabetes.

Treatment is usually medication to dissolve blots clots or surgery to remove the blockage.

Reduce your risk by not smoking, exercising regularly and drinking in moderation.

Heart attacks are different to a cardiac arrest, which occurs when the heart suddenly stops pumping blood around the body, usually due to a problem with electrical signals in the organ.