Tammy Hembrow is no stranger to flaunting her sensational figure.

And the star, 28, set pulses racing yet again on Wednesday as she donned a skimpy colourful bikini for a photoshoot.

Tammy flaunted her flat stomach and ample chest as she posed in the striking swimwear which showcased her figure.

Tammy Hembrow, 28, (pictured) flaunted her sensational figure in a colourful bikini as she shared a special New Year’s message to her fans

Tammy was seen touching her bikini top in the photos as she sat on the sun lounge of her Gold Coast home.

‘Wealthiest thing to have this year is peace of mind,’ she captioned the post.

Tammy recently revealed she’s split with Matt Poole during a photoshoot in Sydney.

She confessed it was ‘tough work being a single mother of three,’ according to one of the makeup artists on set. 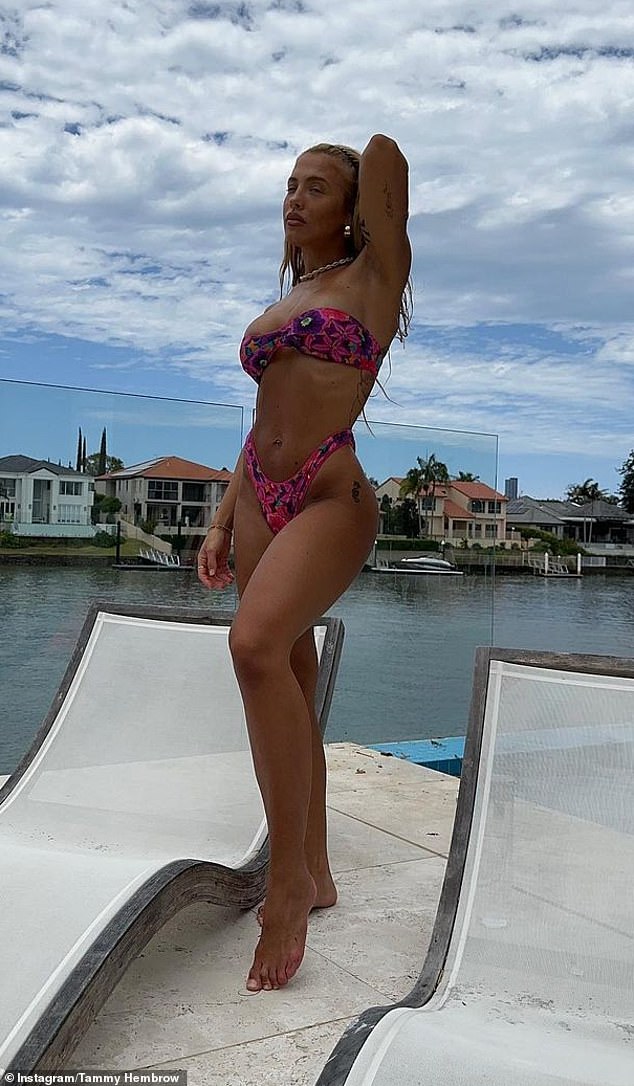 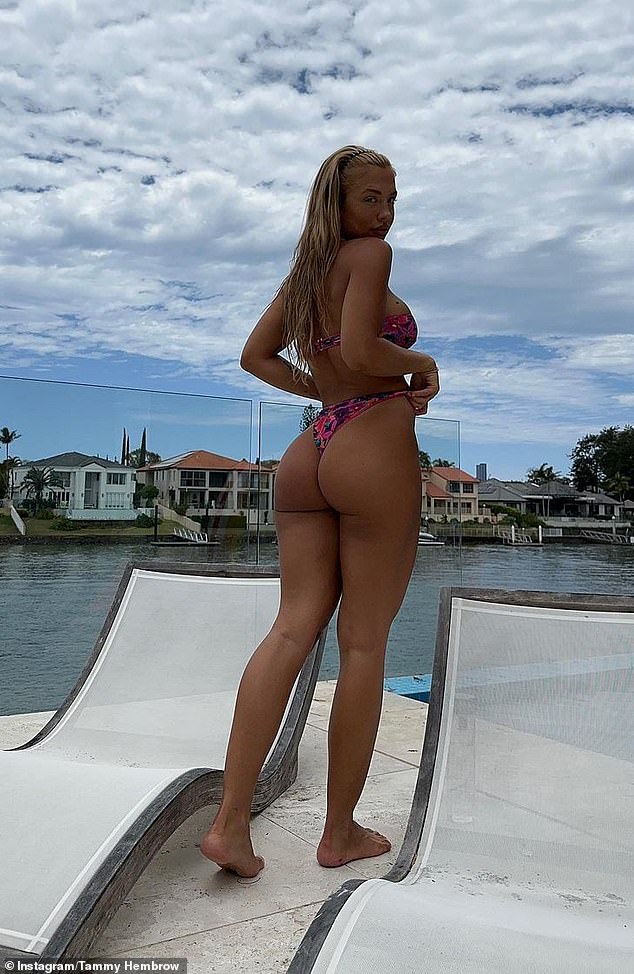 ‘Wealthiest thing to have this year is peace of mind,’ Tammy captioned the post

The source told Daily Mail Australia: ‘Tammy said she and Matt split a little while ago and that he was now doing his own thing – which is why she brought her baby Posy daughter to set’.

‘Tammy said they were doing the best to keep a friendship while sharing their little one’.

It comes after Tammy hit back at a fan when asked if she and ironman Matt have split.

When asked why Matt hadn’t featured in any of her recent YouTube videos, Tammy replied: ‘That’s just a part of my life I’m choosing not to share anymore.’ 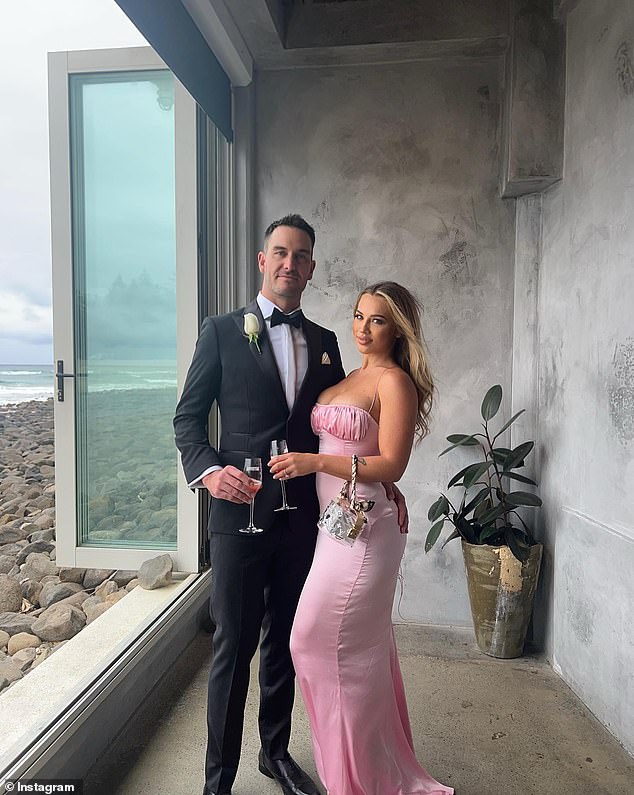 ‘And out of respect for everyone and for my kids I just don’t feel like I need to give an explanation.’

It was first rumoured the couple had split in August, just three months after welcoming their daughter Posy in June. 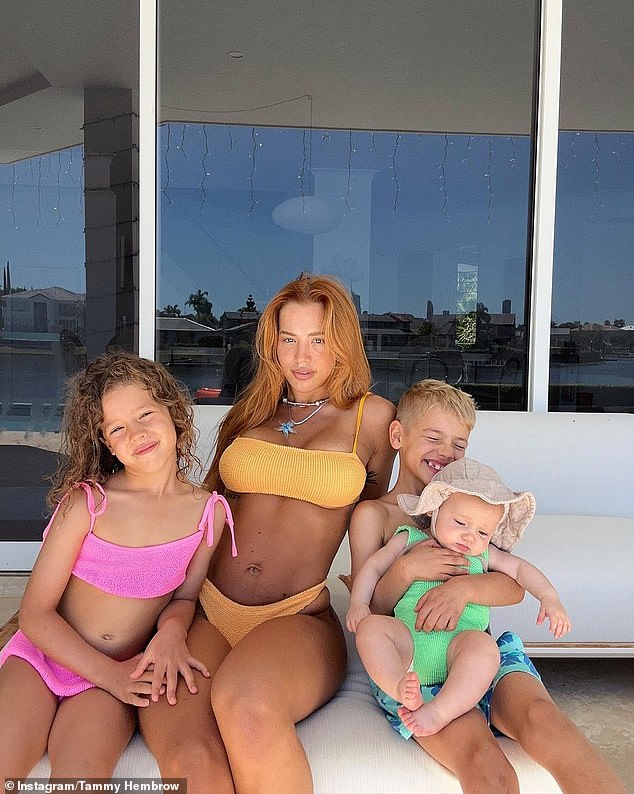 Hembrow confessed it was ‘tough work being a single mother of three,’ according to one of the make-up artists on set

Just two weeks after revealing they were engaged, they announced they were also expecting their first child together.

Daily Mail Australia has reached out to Tammy and Matt for comment. 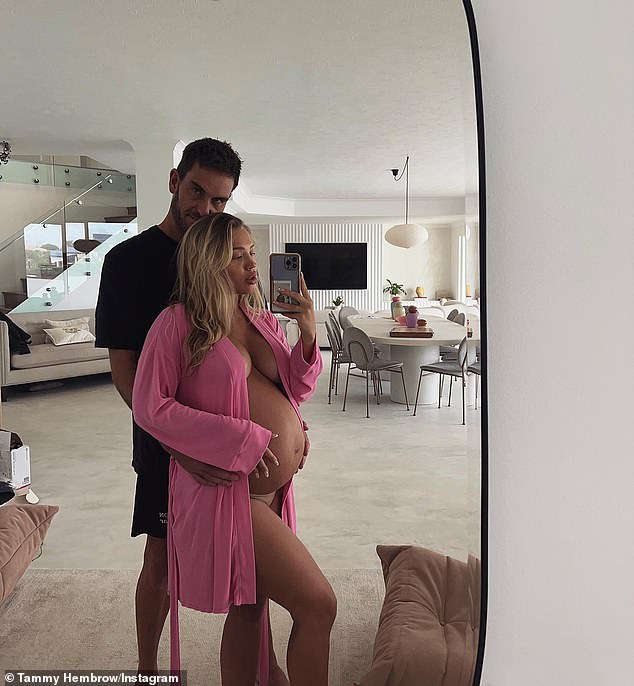