By James Sharpe For The Mail On Sunday

Tammy Abraham is one of the nice guys. Engaging, smiling, charming. Too nice, if you ask Jose Mourinho.

This is a manager who told his Tottenham team he wanted them to play like a ‘bunch of c***s’ so it is no surprise to hear what the Roma boss has told his England striker: ‘Stop being nice, be a monster.’

Abraham, who completed his £35million move to Roma from Chelsea in the summer, came off the bench in England’s win over Albania and could lead the line against San Marino on Monday when World Cup qualification is expected to be secured.

The 24-year-old grins when asked what Mourinho has taught him during his time at Roma.

‘Just to be a monster, really,’ he says. ‘One of the things he said was I was too much of a nice player and that you have to show that aggressiveness as you are getting older as a striker.

‘It’s not always about being nice on the pitch. You need that character, you need that presence to frighten defenders and I think that’s something I’m learning and getting better at.’

Abraham admits he has found the move tough. Different country, different culture. But, more than anything, different defenders. 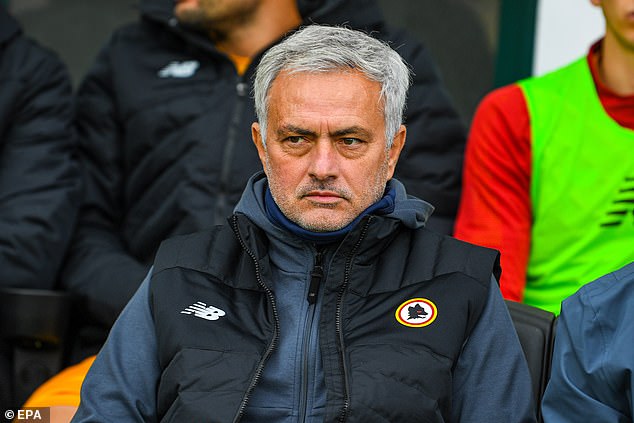 He wants to emulate Romelu Lukaku, who turned himself into a complete striker by testing himself against miserly Italian defences at Inter Milan. So far this season Abraham has netted three goals in 12 Serie A games with another couple in the Europa Conference League.

‘One thing I didn’t expect was it to be so tough,’ he says. ‘Players are very smart and defending is very important in the Italian style of play. In England we are so used to attack, attack, attack and for me it’s about learning the other way, how to break down those teams.

‘It’s part of the learning curve and you see the likes of Lukaku who have gone abroad and come back to England and for me it’s about developing myself.’

Abraham is used to taking risks and flying the nest. He left home at 18 to join Bristol City on loan from Chelsea. 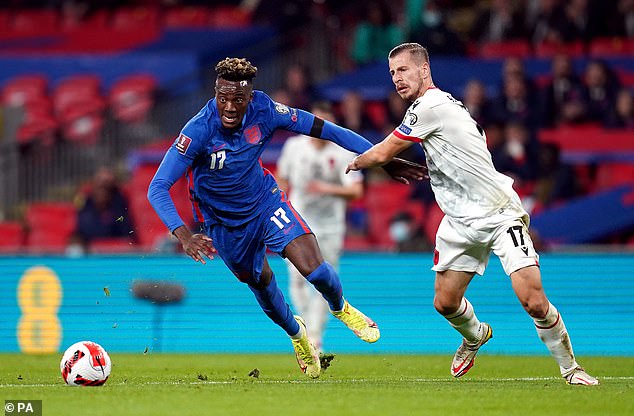 This, though, is the biggest of the lot. A big decision to leave Chelsea, the club he joined at under-eight level. Another to leave the spotlight of the Premier League with a World Cup now only a year away. But with his opportunities limited under Thomas Tuchel, he felt he had no choice.

‘At first that was at the back of my mind, do I really want to leave the Premier League? It’s the best league and where everyone wants to play. You always have doubts in your mind.

‘But going to Serie A and a team like Roma, which is a massive club, I don’t think people will really forget you as long as you are doing your thing, scoring and playing well. That makes a noise in itself.

‘I just have to keep doing the right things and as you can see Gareth keeps an eye on players playing abroad as well. I’ve gone to spread my wings and hopefully I can keep up the level of performances I need to stay in the England team.’