EXPRESS INFORMER > News & Politics > TALK OF THE TOWN: Why Lady Bath sleeps with the TV on

TALK OF THE TOWN: Why the ghostly green woman of Longleat House means Lady Bath must sleep with the television on

You may think living in 130-room Longleat House would have been a joy for the Marchioness of Bath, Emma Thynn, but I hear she has to sleep with the TV on – to drown out the haunting sounds of ghosts.

One of the spirits is a former viscountess who haunts the Wiltshire stately home as the Green Lady.

Other ghostly goings-on involve murdered manservants and massacred monks. I’m not surprised to hear Lady Bath has to find a way to drown out things that go bump in the night, but I do wonder why she went on one of the historical house’s famous ghost tours!

A source tells me: ‘When the tour ended, the other visitors got to go home but Lady Bath had to stay and sleep there!

‘It’s huge, with lots of draughts and creaks. You can hear the lions in the safari park, but it’s the other noises at night that terrify her most.’

The Marchioness of Bath, Emma Thynn, pictured, sleeps with a television on to cover up the noises at night at Longleat House in Wiltshire

If you’ve put on a few pounds during lockdown, take heart from Dawn French – who is most definitely NOT going on a diet. ‘I found that macaroni cheese is the answer to all fear,’ the Vicar Of Dibley star says.

‘The comfort in it is amazing. And… five toffees a night. And I’m talking about after brushing your teeth. Don’t chew, just suck very gently.’ 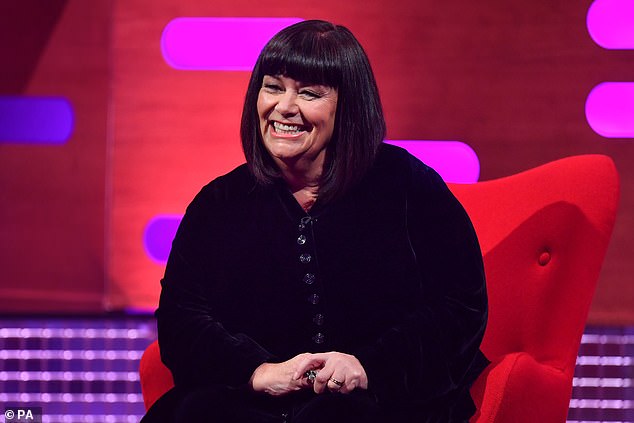 Nice boots, Irina, but who ties your laces?

Irina Shayk looked as if she had walked straight off a fashion runway and on to the streets of New York with this striking ensemble – and the most bonkers boots of the season.

The 34-year-old supermodel did anything but blend in, wearing the bright white pair of knee-high boots from Italian streetwear label GCDS, which retail at £520.

The former Victoria’s Secret star matched them with a striped turtleneck shirt underneath a large puffy black Burberry overcoat to keep her warm in the chilly New York weather. In her left hand was a £510 small black handbag.

But don’t try copying Irina and wearing these boots when you pop down to the shops – everything will have closed by the time you’ve laced them up!

Nice boots, Irina, but who ties your laces? 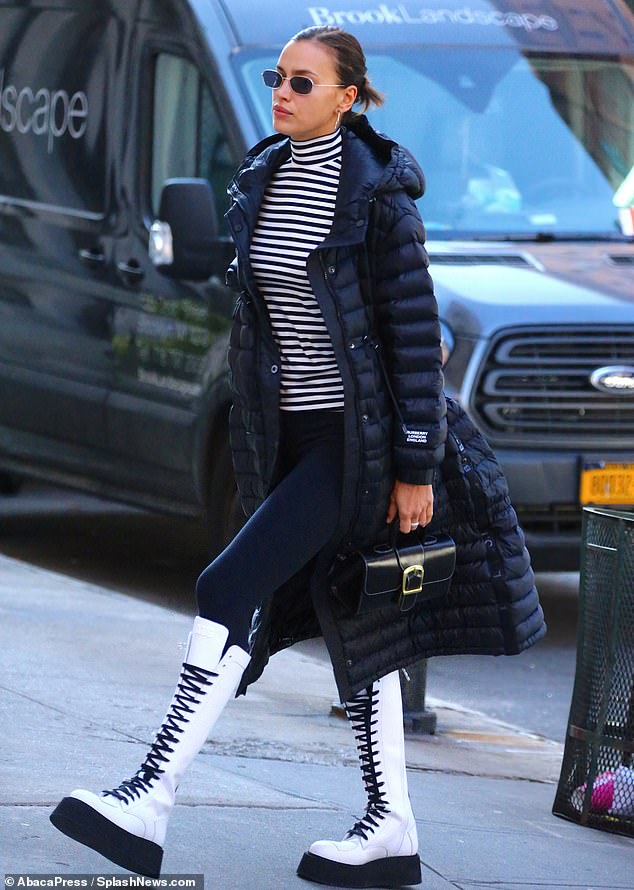 The 34-year-old supermodel did anything but blend in, wearing the bright white pair of knee-high boots from Italian streetwear label GCDS, which retail at £520