Don’t you love it when one US-born aristocrat lays into another?

Former Californian figure skater Rose Adkins Hulse has launched an attack on Meghan Markle, saying the duchess ‘made a big mistake’ with Megxit.

Rose married her aristocratic husband George Hulse – who’s the grandson of a baronet, Sir Hamilton Westrow Hulse – in 2017, just before Meghan married Prince Harry, so she understands the pressures.

‘I think she made a big mistake,’ Rose told Tatler. ‘I don’t think she was willing to be a part of that [Royal] way of life, she wanted to make her own rules and that is sad. As a role model, Meghan could teach that all people are the same… no matter their colour. That was a very powerful thing being part of the Royal Family. Instead she went back to California to do a deal with Netflix.’

If only there were more aristocrats with the guts to speak out so candidly!

Former Californian figure skater Rose Adkins Hulse has launched an attack on Meghan Markle, saying the duchess ‘made a big mistake’ with Megxit 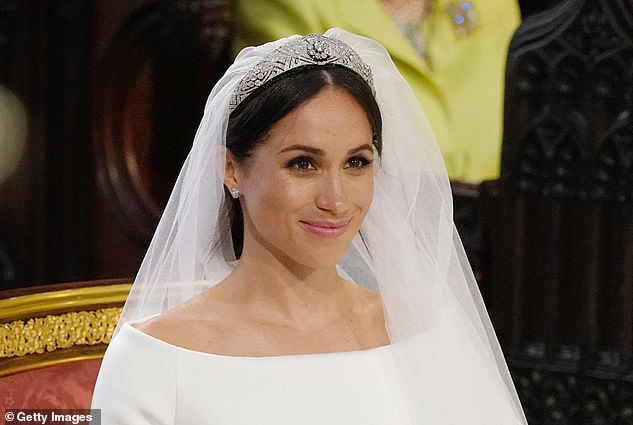 Adkins Hulse is convinced Megan, pictured, has made a mistake by leaving the UK

My lips are sealed, but…

Which former prime-time television presenter has become well-known for attending extremely risque parties – but assures his friends that he’s only there to watch?