TALK OF THE TOWN: Prince Harry’s former wingman is set to fly to LA to heal rift as pair plan to meet up after coronavirus lockdown ends

Prince Harry and his former wingman Tom ‘Skippy’ Inskip have finally put their differences aside and patched things up.

Both men are now parents and fatherhood has given them some much-needed perspective, I’m told. The pair plan to meet up after the lockdown ends in the United States, where they both live.

Their once-close relationship deteriorated after Skippy reportedly dared to suggest to Harry that he should think twice about marrying Meghan Markle. 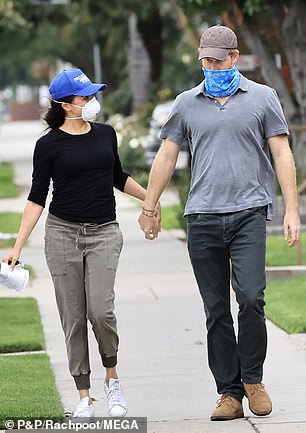 Patching things up: Tom Inskip with Prince Harry at a wedding in 2013 (left) and the Duke of Sussex seen with Meghan Markle, both wearing face masks, in Los Angeles (right)

Although Skippy and his wife Lara were invited to the wedding ceremony at St George’s Chapel, Windsor, in 2018, they were notably absent from the lavish evening reception at Frogmore House.

Instead, they had to watch as the Royal couple’s new friends such as Oprah Winfrey and George Clooney made their way to the event.

Now I’m delighted to reveal that Skippy, who lives in Washington DC and works at US tech giant Afiniti, is making plans to take his company’s private jet to Los Angeles with his newborn son Albert to meet Harry and his toddler Archie.

A friend tells me: ‘Harry and Tom fell out but things are back on track now.

‘They’re now fathers and they both realise they need to share these precious times together, given they have so much history together.

‘They’ve been through thick and thin, and while they did fall out, they realised that life is too short to be estranged. They would like their children to grow up together.’ 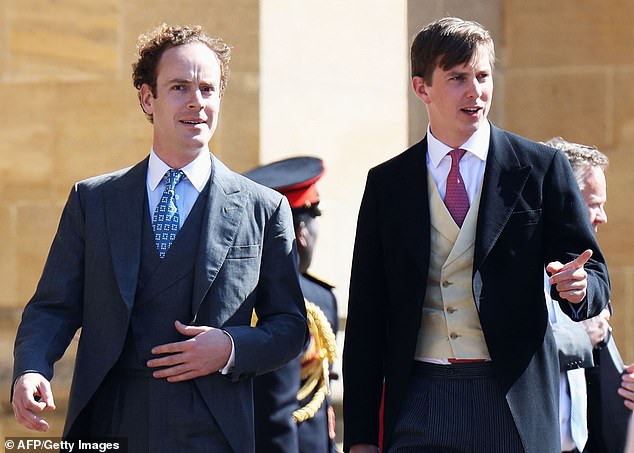 Mr Inskip (left) arrives for the wedding ceremony of Prince Harry and Meghan Markle at St George’s Chapel, Windsor Castle, in Windsor, on May 19, 2018

The pair have been close since they met at Eton. Skippy was one of those in Las Vegas in 2012 when Harry was infamously caught playing naked billiards with showgirls in a hotel suite.

Harry had a key role at Skippy’s wedding in Jamaica in 2017, which was one of Meghan’s first public appearances as the Prince’s partner.

James Middleton’s marshmallow and greetings card company Boomf has been given a little more oomph.

The Duchess of Cambridge’s brother has raised almost £1 million from investors to expand the quirky firm. After posting losses since its inception in 2013, Boomf finally broke into profit last year.

James, 33, has spoken of the depression he suffered as the business struggled. Good to see it heading in the right direction at last. 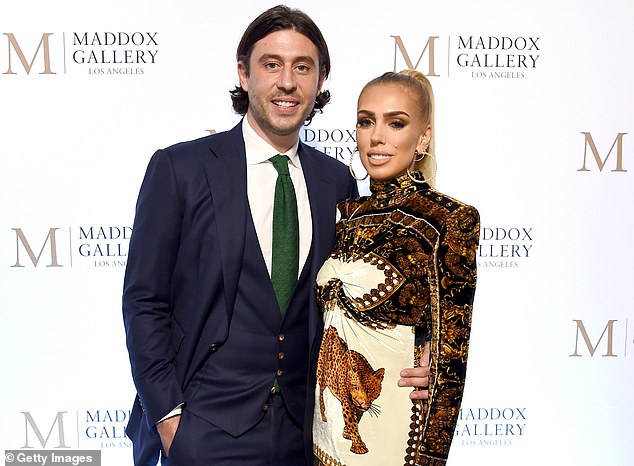 Her partner, Sam Palmer, has threatened to visit the house of a person he accuses of being an internet troll, daring the man to ‘say to my face’ comments he’d made online.

Sam, 36, has form for this sort of thing: last month he challenged Petra’s ex-husband, James Stunt, 38, to a ‘no-holds-barred street fight’. Now remember, Sam, you have to keep two metres apart…