TALK OF THE TOWN: Newsflash! Amol Rajan reveals the truth over panic attack drug as he shows nerves of steel to tackle the Bashir fiasco

By Charlotte Griffiths for The Mail on Sunday

Radio 4 star presenter Amol Rajan has revealed he took a sedative before his rather relaxed Today programme debut.

The presenter started his job at Today on May 17 and admitted to having three shots of rum and ‘a bit else’ ahead of the show’s 6am start because he suffered from a panic attack followed by insomnia, thanks to pre-show nerves.

This prompted fevered speculation that the ‘a bit else’ he mentioned was marijuana, as he is known to be an advocate of legalising cannabis and other drugs. 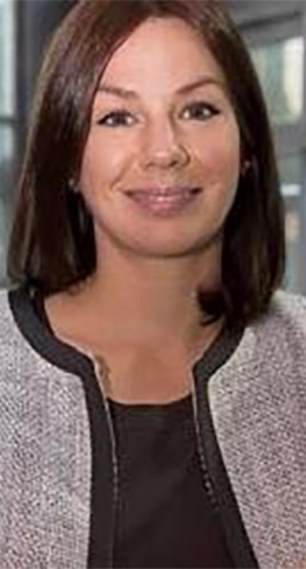 Radio 4 star presenter Amol Rajan has revealed he took a sedative before his rather relaxed Today programme debut. He later praised his wife, Charlotte Faircloth, right, for helping him with his pre-show nerves

But last week Amol told me his drug of choice was legal, telling me: ‘On the “bit else”, I’ve had so many people asking about this, and haven’t said anything yet. So here’s the scoop. It was sleeping pills. They’re called Donormyl. I think that half a tablet is the normal dose. I had a quarter initially and then a half with the rum.’

Amol, 37, who left his job as Radio 4’s The Media Show presenter in March in preparation for his job at Today, was cautious about promoting the sedative, which is the strongest sleeping pill available without prescription.

He added: ‘The reason I was a bit gnomic on Twitter, and again on Today, is that I don’t really think I should be promoting sleeping pills generally, or any brand specifically.’

Amol has previously admitted on Twitter that he suffered badly from nerves. He said in a tweet to his 103,000 followers on the day of his first show: ‘Last night I had a full-on panic attack. Worked myself up into a frenzy, catastrophising about first shift. Had three massive rums and a bit else. Got one hour kip, in at 3.45. Survived. Thank you so much for all the niceness and constructive criticism.’

To Amol’s credit, he tried various healthy and holistic methods before resorting to booze and pills. He added on Twitter: ‘In the depths of my self-inflicted horror last night I downloaded various apps to help with sleep. I don’t think I’ve ever heard anyone talk in such detail about navigating the Bay of Biscay. And the act of downloading them intensified the doom spilling through my head.’ Whatever nerves Amol had over starting on Today, he and the BBC have shown courage in pressing ahead with a documentary about William and Harry titled The Princes And The Press – even though they will now have to tackle the fiasco over Martin Bashir’s infamous interview with Princess Diana

He also took time to thank his Today co-presenters on Twitter: ‘A massive thanks to the whole team for looking after me… and to my wife, who sorted me out.’

Whatever nerves Amol had over starting on Today, he and the BBC have shown courage in pressing ahead with a documentary about William and Harry titled The Princes And The Press – even though they will now have to tackle the fiasco over Martin Bashir’s infamous interview with Princess Diana.

The two one-hour-long investigative episodes will be about the brothers, their wives and their turbulent relationship with the media – not least the BBC.

The documentary will be presented by Amol, who is also fronting ten Radio 4 podcast episodes for BBC Sounds to go with it. And in a brave move, the release date has been put back to give the BBC time to include parts of William’s on-camera take-down of the BBC and Harry’s statement lashing out at the Corporation.

My source described the decision to keep the documentary on the schedule as ‘gutsy in the light of Bashir’.

Amol tells me: ‘We’re now looking to air this autumn. We need to do more work on them to reflect the huge amount going on between the Royals and the media, not just the Bashir scandal, but Harry’s recent interviews – and everything else.’

Originally the series was intended to focus heavily on Harry’s interview with US TV queen Oprah Winfrey.