After the fallout from her dalliance with Dominic West and the bitter weather here, who could blame Lily James for wanting to head out to Los Angeles?

But she’s not exactly going for some R&R – Lily is getting stuck into some serious work, with one of her projects set to see her play Baywatch star Pamela Anderson.

She is due to play Pammie in a TV series about her tempestuous relationship with hell-raising rocker Tommy Lee, drummer with heavy metal band Motley Crue. They married in 1995 after only knowing each other for 96 hours.

Avengers Endgame star Sebastian Stan is due to play the rocker.

California dreaming: Lily James (pictured above, in December 2018) is getting stuck into some serious work, with one of her projects set to see her play Baywatch star Pamela Anderson

Lily, who has lived in North London for years, is, in fact, planning to relocate to sunny LA for the foreseeable future to focus on her career – and escape what she sees as the unfair treatment she received after being pictured getting affectionate with married actor West during a trip to Rome.

In the forthcoming movie The Paris Trap, she plays a woman who is the victim of mistaken identity on a trip to the French capital in what is being pitched as a ‘Hitchcockian thriller’.

Then comes bank robber drama Peggy Jo, with Lily, 31, due to play the title character in a true-life tale of a female bandit on a crime spree across Texas in the 1990s. 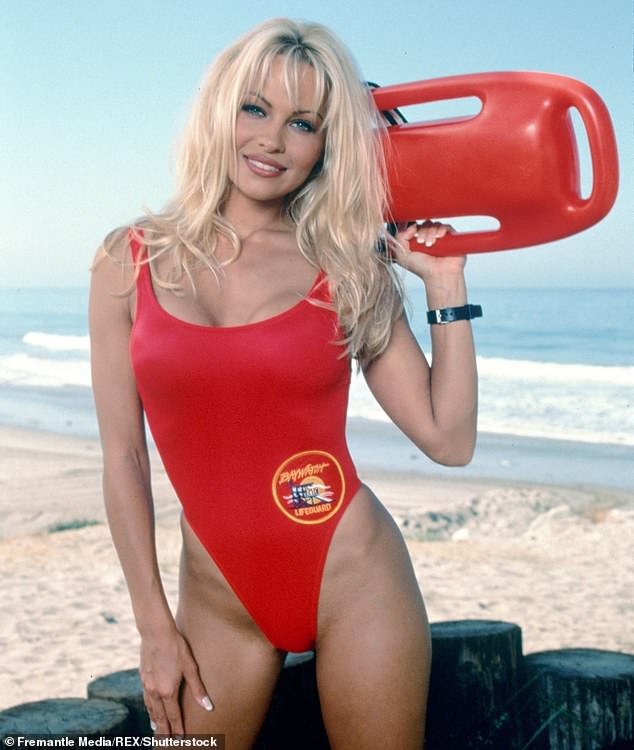 Pamela Anderson as C. J. Parker. Lily is due to play Pammie in a TV series about her tempestuous relationship with hell-raising rocker Tommy Lee

A source close to the star says: ‘It will be good for Lily to escape some of the unwanted attention she has been receiving in the UK and to concentrate on some juicy roles.’

However, there is also the pull of her rumoured new beau Michael Shuman, 35. She was pictured last week kissing the Queens Of The Stone Age guitarist, who lives in LA.

‘She is seeing where things will lead,’ the source adds. ‘They will be able to spend more time together over there.’

Salma’s such a cool customer 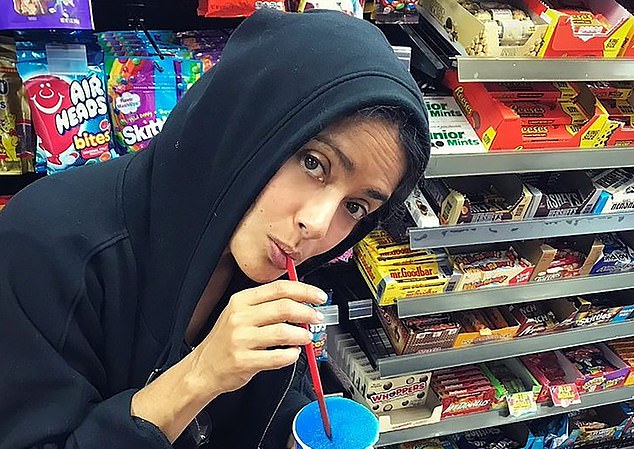 Be careful the next time you’re in the queue at a shop – you could meet Salma Hayek.

The Hollywood star swapped her usual impeccable look for a navy blue hoodie as she sipped from a lurid blue slushy ice drink at a convenience store near her home in Los Angeles.

The actress, 54, told last week how naysayers said her career would be over by her mid-30s.

She said: ‘We’re not “over” at this time, or at another time. If you’re creative, enthusiastic and curious about life, life can be exciting for ever. The entire time.’ Maybe it’s all the chemicals she gets from those slushies…

Her super-slim figure looks as if it has been forged from hours in the gym and a diet of edamame beans, but Poppy Delevingne has revealed the secret of her enviable waistline.

‘Quavers for breakfast, lunch and dinner,’ the socialite, 34, joked to her 1.7 million Instagram followers. So even models turn to cheesy crisps to get through lockdown!