Taliban militants pulled guns on United Nations aid workers and took off with 3.7 tonnes of Australian flour meant to be delivered to some of Afghanistan’s poorest families as the war-torn country faces a catastrophic famine.

The Australian Government donated the vital baking staple through the World Food Program as part of a $100 million handout which also includes other UN agencies.

Federal insiders said they were ‘aghast’ at last month’s brazen theft in the northern Badakshan region, and secretly considered what action to take until the consignment was eventually handed over.

Taliban militants pulled guns on United Nations aid workers and took off with 3.7 tonnes of Australian flour meant to be delivered to some of Afghanistan’s poorest families as the war-torn country faces a catastrophic famine. Pictured: A Taliban soldier in Kandahar on September 1 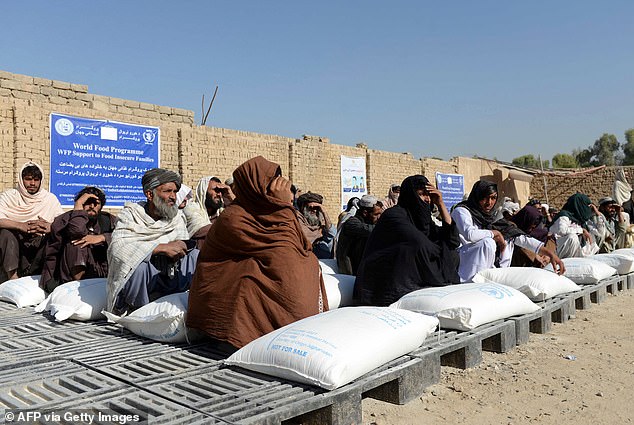 Pictured: Afghan people sit besides sacks of food grains distributed as an aid by the World Food Programme on October 19, 2021

‘We were ready to say something publicly and get a whole bunch of countries behind us. In the end, it wasn’t necessary because after the UN agencies made their representations, it was returned,’ a source told The Australian.

Afghanistan has unravelled since Islamic fundamentalists seized control of the nation in August, following the withdrawal of US forces after two decades.

The WFP says 23 million Afghans risk acute malnutrition and death in the coming months with a million children at high risk of dying ‘without immediate treatment’.

Millions of dollars in donations will be needed over the winter to avert a worst-case scenario, the WFP said, but cash is being withheld by governments that are fearful donations will be plundered by the Taliban.

‘Hunger is rising and children are dying.’ WFP director David Beasley warned recently. ‘We are on a countdown to catastrophe and if we don’t act now, we will have a total disaster on our hands.’

When the impoverished nation, rampant with corruption, was being propped up by the West it was dependent on overseas aid for about 40 per cent of its GDP. 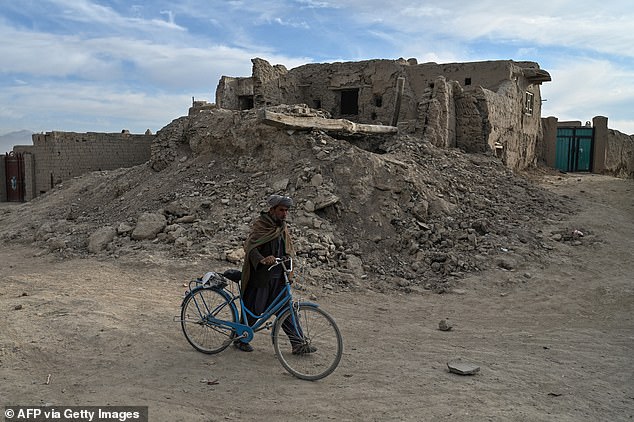 The WFP says 23 million Afghans risk acute malnutrition and death in the coming months with a million children at high risk of dying ‘without immediate treatment’. Pictured: a man pushes his bicycle past the ruins of destroyed houses in Arzo village on the outskirts of Ghazni

But with the Covid pandemic, drought and subsequent takeover by authoritarian militants, the situation has dramatically worsened and Afghanistan is now on the verge of economic meltdown.

The value of its currency plunged as food prices soared, many workers are going unpaid, vital businesses shut down and families were even forced to sell their own children to as slaves to stay alive.

An Afghan father last month sold his nine-year-old daughter to a 55-year-old man as a child bride so he could buy food.

Young Parwana Malik was handed over to a stranger as her father Abdul wept and pleaded for him to not hurt his child, CNN reported.

‘This is your bride. Please take care of her. You are responsible now, please don’t beat her,’ he said in heartbreaking footage.

Similar scenes have played out in much of the country under the brutal rule of the Taliban. 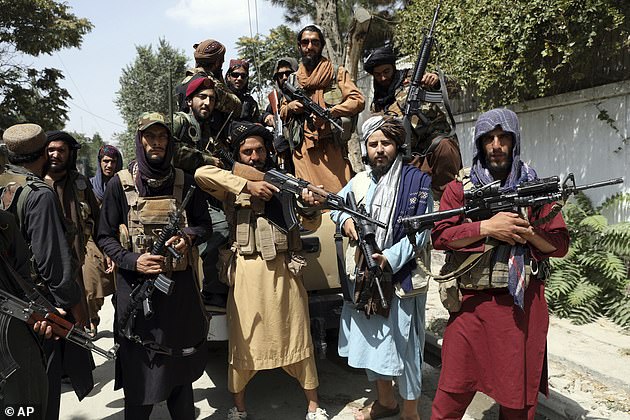 Taliban fighters pose for a photograph in Kabul, Afghanistan, on August 19 earlier this year

BBC reporter Yogita Limaye travelled to a village outside of Herat, in the west of the country, and spoke to a mother who sold her infant daughter for $500 to pay for food for her other children.

The buyer was an unnamed man who claimed he wanted to raise the girl to marry his son, but there is no guarantee of his intentions.

He paid just $250 upfront, enough to feed the family for a few months, and will pay the rest when he returns to collect the baby ‘once she can walk’.

One of the hurdles for Australia’s NGO aid organisations desperately trying to provide some support is the confusion around unintentional breaches of UN sanctions.

Many Taliban leaders who must be must be contacted for permission to supply aid have sanctions against them for terrorism and other crimes against humanity. 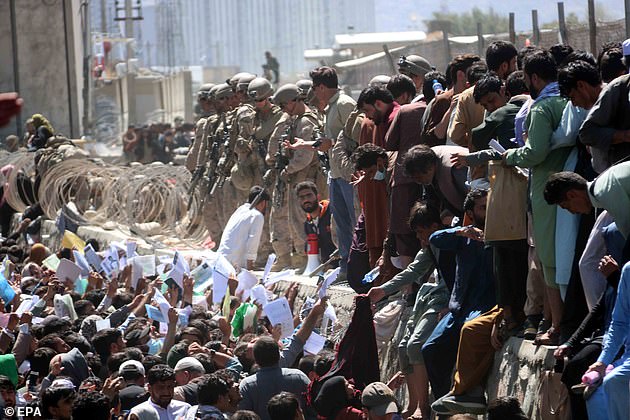 Afghanistan has unravelled since Islamic fundamentalists seized control of the nation in August, following the withdrawal of US forces after two decades 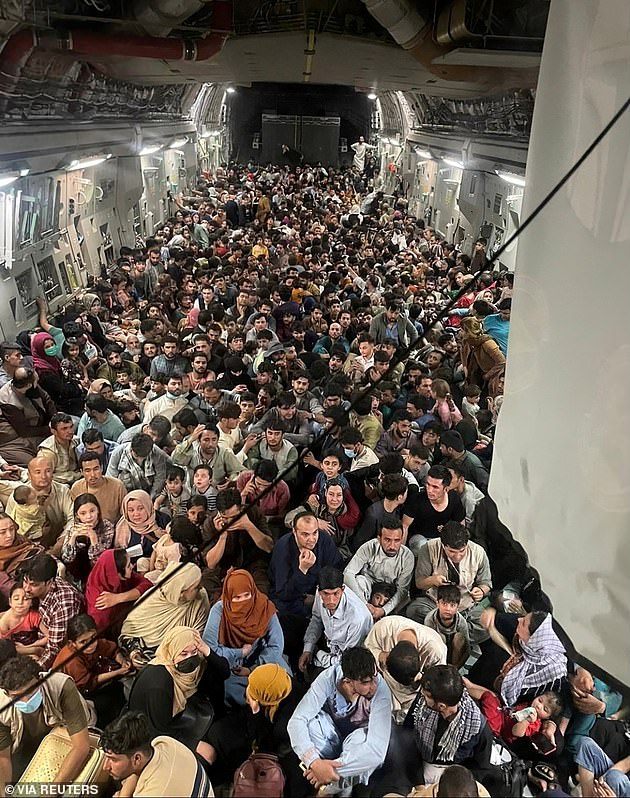 The Department of Foreign Affairs will not give any legal assurances to charities who breach these international laws while providing aid.

Australian Council for International Development chief Marc Purcell said the stance needed to be softened in order to save lives.

‘There is a formal process where you can apply for humanitarian exemptions. Some have done that but nothing’s happened… not even a private assurance they’re not going to come after us,’ he said.

‘It’s a simple thing we’re asking… not to be prosecuted for doing humanitarian work.’

DFAT said they do not have the authority overrule internationally drafted sanctions by the UN.