Sydney’s first major event post-lockdown is revealed with hopes for 5,000-strong crowds – and it’s even sooner than ‘Freedom Day’

The first big ticket event in post-lockdown Sydney will be Australia’s richest horse race – The Everest.

Organisers have lobbied the NSW government to hold the lavish spectacle on Saturday October 16 at Royal Randwick Racecourse, two days before the anticipated ‘Freedom Day’.

Although official approval is yet been awarded, Racing NSW and the Australian Turf Club are expected to get the rubber stamp from premier Gladys Berejiklian in coming days, Nine News reported.

A crowed of 5000 double-dosed spectators will be permitted to attend, with race-goers made to scan in using NSW’s soon-to-be revealed Covid vaccine passport system.

The first big ticket event in post-lockdown Sydney will be Australia’s richest horse race – The Everest. Pictured: Race-goers at The Everest in 2019 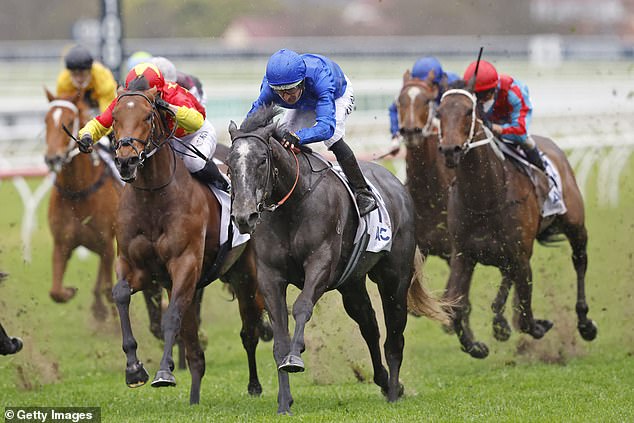 Organisers have lobbied the state government to hold the lavish event on October 16 at Royal Randwick Racecourse (pictured), two days before the anticipated ‘Freedom Day’ 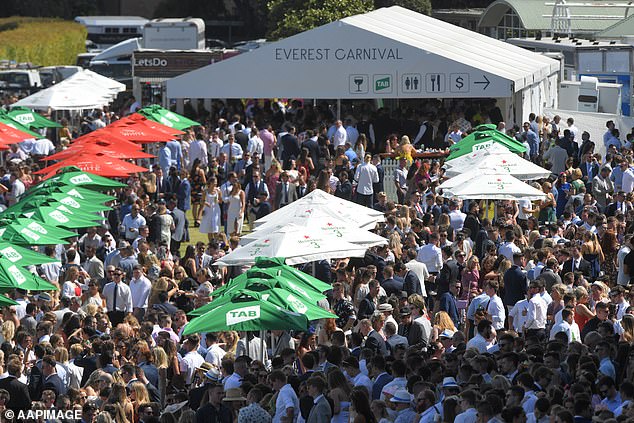 Also given the green light by the Berejiklian government on Wednesday was The Golden Eagle.

‘History will be made as twelve of the fastest horses compete for $15 million in prizemoney,’ organisers said.

‘And two weeks later the world’s best four-year-old’s do battle in the third running of the $7.5m The Golden Eagle at Rosehill Gardens on Saturday, 30 October 2021.

‘Set across both Royal Randwick and Rosehill Gardens, the Everest Carnival will once again put Sydney on the world stage hosting a stellar eight weeks of world-class racing from September to November.’

Sydney is set to remerge from its gruelling lockdown, now in its 13th week, when the state’s vaccination rate hits 70 per cent. 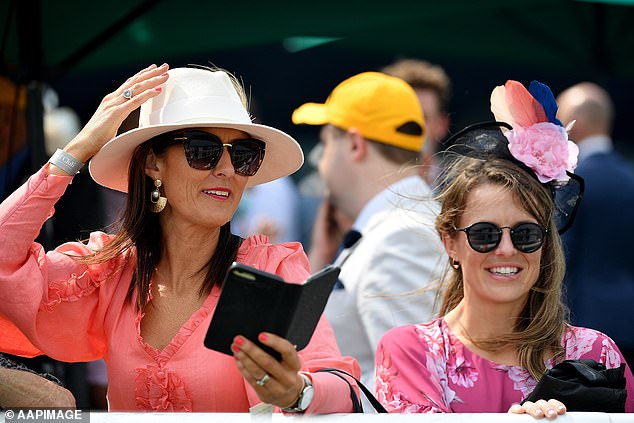 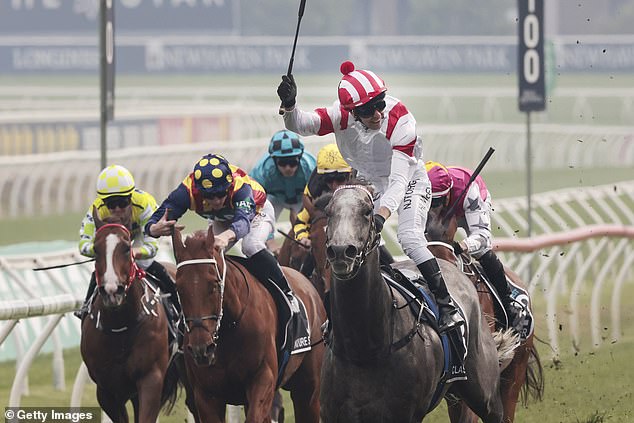 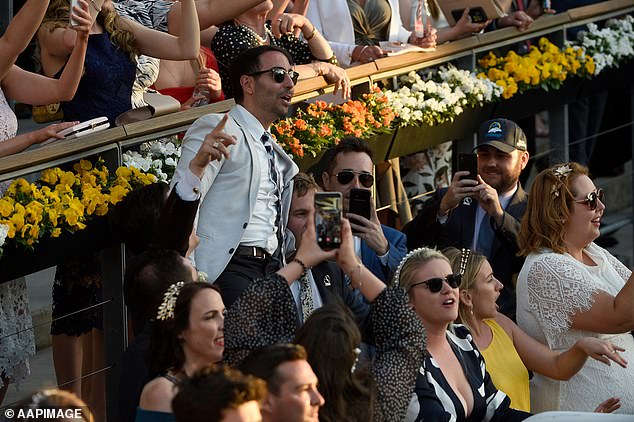 A crowed of 5000 double-dosed spectators will be permitted to attend, with race-goers made to scan in using NSW’s soon-to-be revealed vaccine passport system. Pictured: The Everest in 2019

The breakthrough is tipped to come on about October 18 with 80 per cent of NSW residents already receiving their first dose as of Wednesday.

Racing NSW and the Australian Turf Club have argued that because the event is mainly outdoors – where the virus is less likely to spread – it should be given the go-ahead.

The also say the vaccination rate will either have surpassed the 70 per cent marker set out by federal government modelling or be so close to eclipsing the target, it will make minimal difference to safety.

Another factor which may see the annual event, first launched in 2017, get across the line is the need for the state government to test out its new technology.

Although pubs, restaurants, gyms, retail stores and personal services like hairdressers won’t be able to throw open their doors until the state eclipses its jab target, the vaccine passport system still needs some tinkers before it goes state-wide. 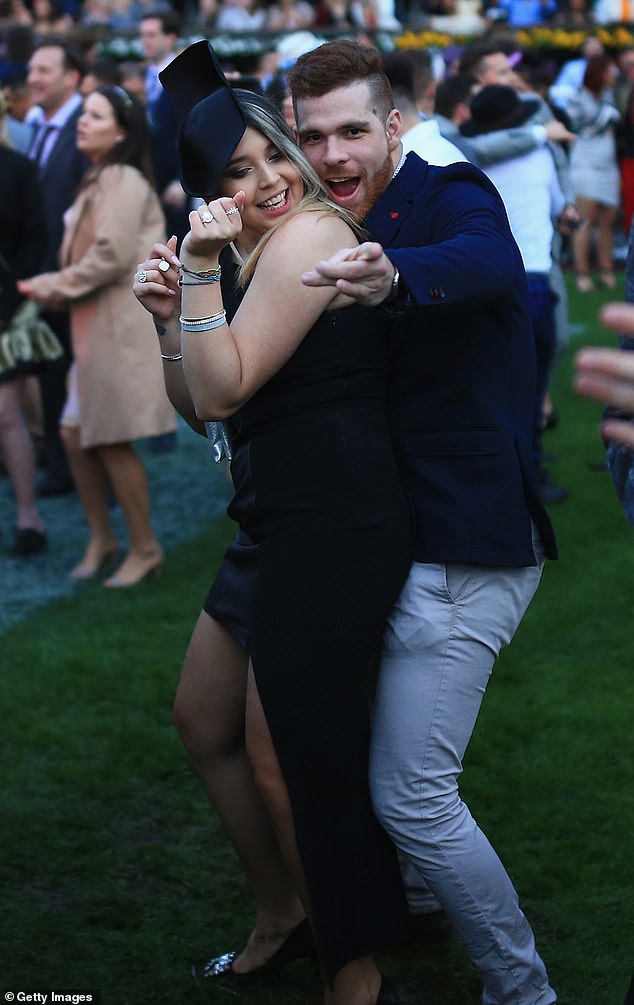 Sydney will remerge from its gruelling lockdown, now in its 13th week, when the state’s vaccination rate hits 70 per cent. Pictured: A couple at The Everest in 2018 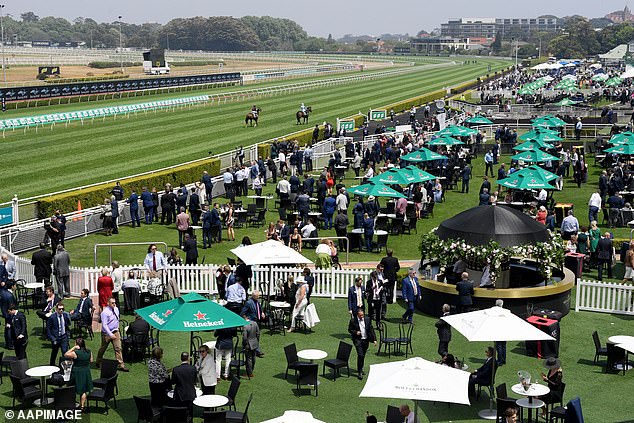 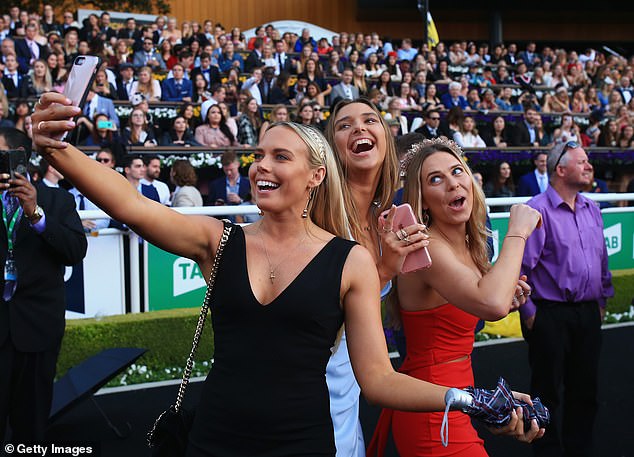 Health authorities and policymakers are desperate to pilot the app to iron out any potential technical problems.

The state government are expected pilot the scheme in regional areas with low Covid case numbers as early as October 4, with customers and patrons at non-essential venues required to prove their vaccination status via QR code using the Service NSW app.

Anyone who doesn’t get the ‘green light’ will be refused entry at the door.

If The Everest is given the okay to run, mask mandates will still be in place except when seated, eating or drinking. 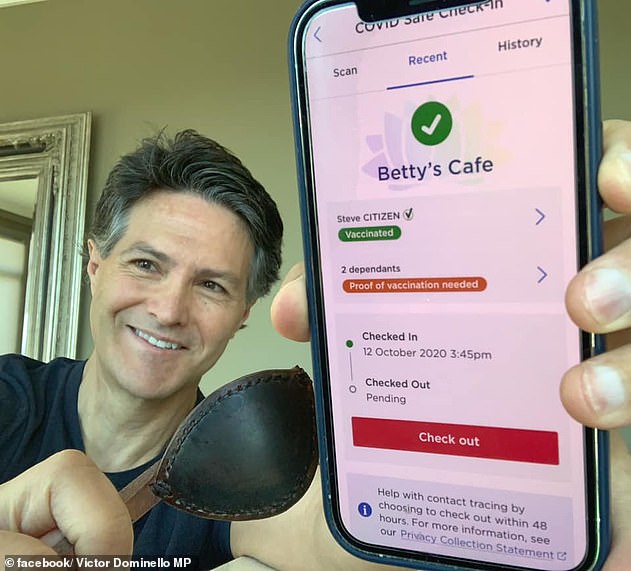 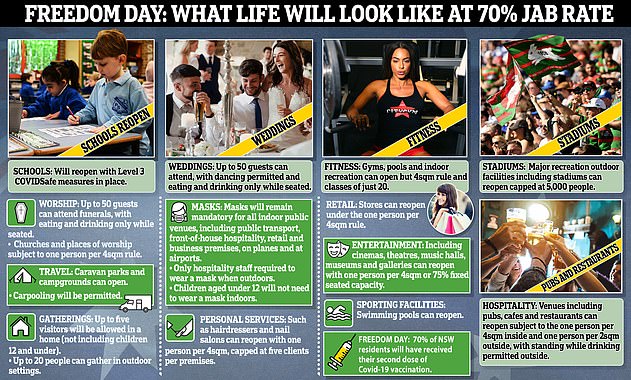