A yacht abandoned by a crew when it sustained heavy damage during a dramatic incident during the Sydney to Hobart race has washed ashore on a remote Tasmanian beach.

After breaking a rudder, the crew of Huntress survived the nightmare incident before being rescued.

But now concerns have been raised about the 12-metre cruiser being ‘parked’ on the sand at Christmas Beach, on Cape Barren Island.

Aboriginal Land Council of Tasmania manager Rebecca Digney said there are fears the yacht may break up due to its isolated location, which is only accessible by foot or boat.

‘At the moment, the yacht appears to be intact, but we are concerned what should happen if that yacht were to break apart,’ she told the ABC. 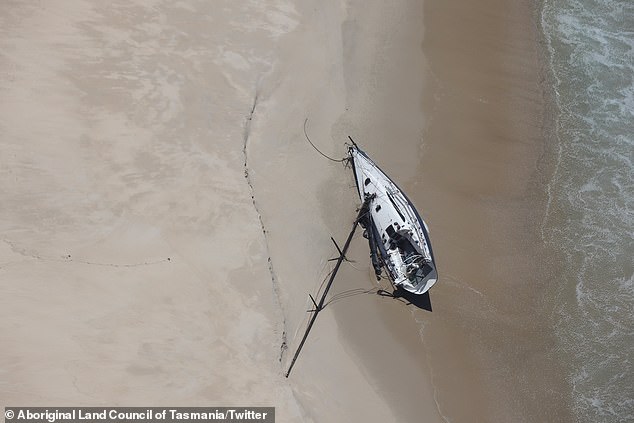 ‘It’s going to be hard to recover the vessel and keep it intact.’

‘The island is the only parcel of land in the whole of Tasmania to have a permanent, full-time Aboriginal population living on Aboriginal land,’ she confirmed.

Salvage attempts will be made on Saturday and Sunday.

The shattered crew from Huntress confirmed in an Instagram post that losing their rudder on December 28 provided some terrifying moments for all on board.

‘Fortunately we were able to confirm quickly that we were not taking on any water, so preceded to get the boat under control and the main sail down,’ the post read. 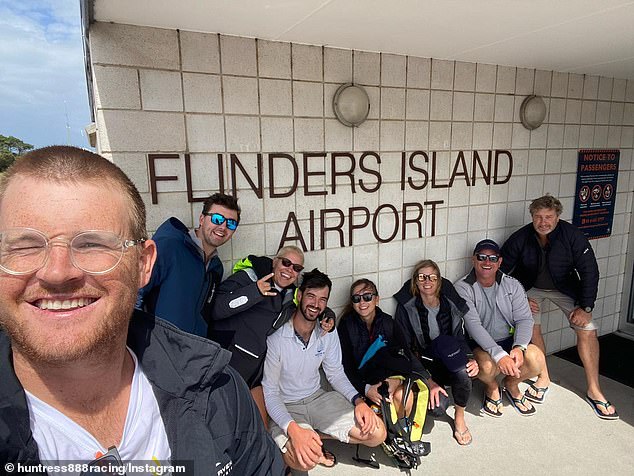 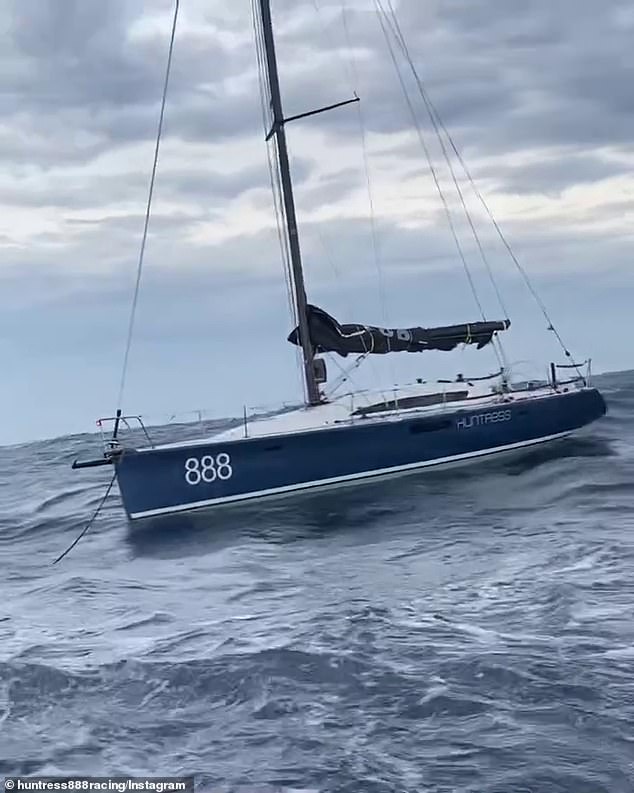 After losing their rudder, things could have gone pear-shaped past for the Huntress crew, who also failed to finish the iconic race in 2021 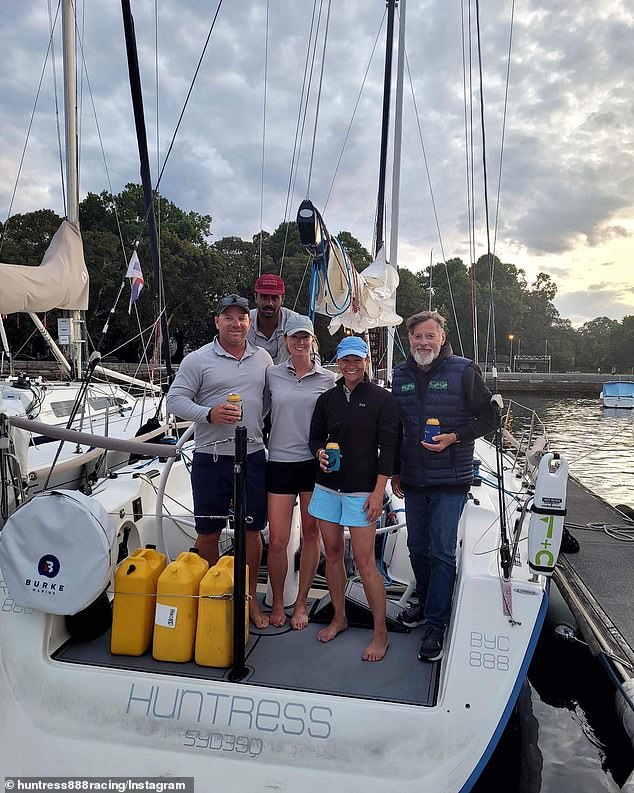 ‘Luckily we only had the main up at the time. And even more lucky, there were no serious injuries.

‘We were safely transferred to Tasmanian police vessel Cape Wickam and taken to Lady Baron Island.

‘It was an extremely difficult and heart wrenching decision to leave Huntress floundering 80 nautical miles offshore.’

It also isn’t the first time Huntress failed to finish the Sydney to Hobart.

Last year – in its maiden race – Huntress was left with no option but to retire due to mainsail damage.