A man who cleans the windscreens of cars at a busy Sydney intersection has revealed the huge amount of money he makes for just a couple of hours work.

The man, who also revealed the stingiest and most generous drivers, was interviewed at the Meccano Set lights in the southwestern suburb of Lansdowne.

The window washer said there were great opportunities at the intersection if you were willing to do the hard work.

‘If you want to start a business in window cleaning you’ll be raking it in,’ he said.

The cleaner, who was wearing black shorts and a white t-shirt along with sunglasses and a broad-brimmed hat, was happy to share insights into his trade.

‘I do two hours and I make an average (of) $150,’ the man, who was holding a squeegee and a bottle of water, said to Mahmoud Ismail for a TikTok video.

‘You’ve just got to have the balls to pick up a stick and actually go and do it,’ the windscreen wiper said, holding up his squeegee.

Mr Ismail then asked the question on everybody’s mind whenever they encounter a squeegee merchant – ‘Have you almost got run over?’

‘Only by trucks that actually like to take target practice at you,’ he said.

The interviewer then cut to the chase about who gives what, asking which drivers are the stingiest.

What is the Meccano Set?

The Meccano Set is the intersection of Hume Highway, Woodville Road and Henry Lawson Drive in Sydney’s south-western suburb of Lansdowne.

Its name comes from the overhead sign gantries that look like they were constructed from the Meccano children’s toy.

‘Most of the time I actually see them is bloody Teslas,’ the man revealed.

‘They are the tightest.’

The most generous seemed to come as a surprise to Mr Ismail.

‘Well, he had a nice wad of cash in his hand, that’s for sure,’ the cleaner said.

Before introducing his video guest, Mr Ismail declared that the Meccano Set is ‘the most iconic set of lights in Australia and also the biggest generator of revenue in Australia’.

He then listed the ways it generates money, ‘It’s got a speed camera, red light camera, mobile phone camera.’

Mr Ismail then jokingly expanded the list of cameras to ones that don’t actually exist.

One agreed with him about the revenue-raising aspect of the Meccano Set, saying ‘this is exactly where I got my fine.’

Before it became a lucrative window washing spot, other business-minded people made money there.

‘I remember a lady used to sell roses there in the late 1990s,’ a commenter said. 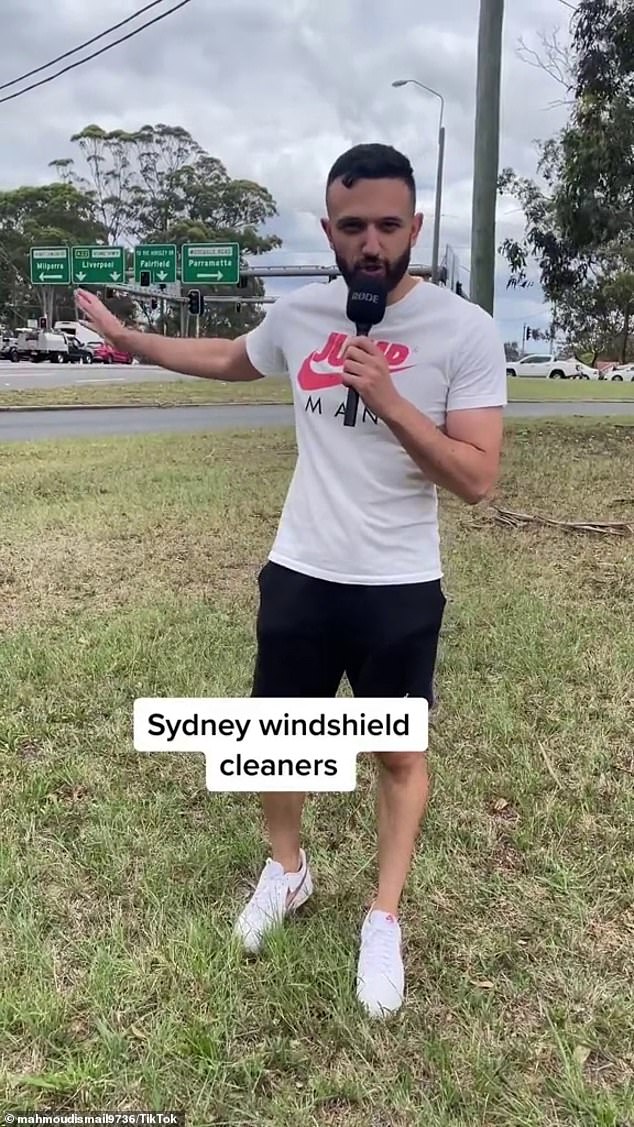