Sydneysiders have been urged to work from home and avoid unnecessary travel on Wednesday as the city’s public transport system is plunged into chaos by industrial action.

Up to three-quarters of Sydney’s trains won’t be in operation during the 24-hour strike after rail and union officials failed to reach a resolution in ongoing negotiations.

Up to 1,100 bus drivers are also on strike, affecting routes in the city’s south, inner-west and CBD.

Stop-work meetings for bus drivers will be held during both the morning and afternoon travel periods.

On top of the public transport chaos, the Harbour Bridge Tunnel was closed southbound overnight after an over-height truck got stuck.

The tunnel has since reopened but motorists are already facing a long commute on the Sydney Harbour Bridge.

All transit lanes will be open to all motorists to help Sydneysiders get to and from work and school on Wednesday.

Train services will run to a half-hourly frequency during the 24-hour strike, while all trains on the T5 Cumberland and T7 Olympic Park lines have been cancelled.

Limited rail replacement buses will operate during the morning peak.

‘Customers in Greater Sydney should expect delays, altered stopping patterns and cancellations across most of the suburban network, with at least a 30-minute gap between services,’ the Transport for NSW website states.

The Transport Workers Union refused to apologise for the disruptions.

‘The reality of today is that this has been ongoing,’ assistant state secretary Mick Pieri told the Today show on Wednesday.

‘We’ve been talking to this company and the government for over two years.’

‘We never want to inconvenience anybody, but sometimes it’s got to happen.’ 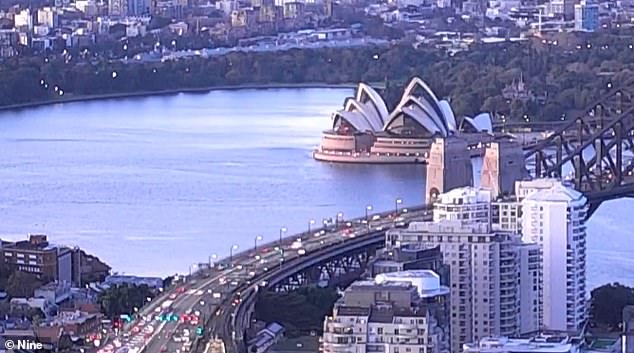 Motorists face a long commute into the city due to industrial action on the  train and bus networks. Pictured is the Sydney Harbour Bridge at 6am 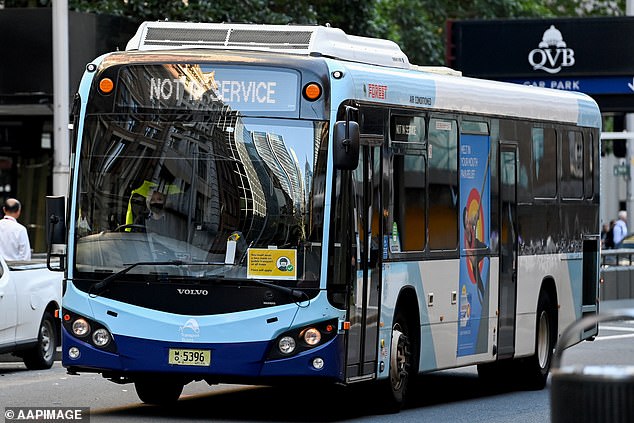 Up to 1100 bus drivers are also on strike on Wednesday, affecting routes in the city’s south, inner-west and CBD.

TWU NSW secretary Richard Olsen told 2GB breakfast host Ben Fordham that Wednesday’s bus strike has nothing to do with the Rail, Train and Bus Union.

He also defended the hours of the bus driver strike during the morning and afternoon peak as ‘responsible’.

‘It happens to coincide with the train strike … but today’s the day where everyone should just stay at home,’ he said.

‘That is our strong advice, avoid all unnecessary travel and leave the capacity available on trains to those who really need it,’ he told 2GB on Tuesday.

‘If you’re able to work from home or avoid the trip on the train tomorrow, that would be my best advice.’ 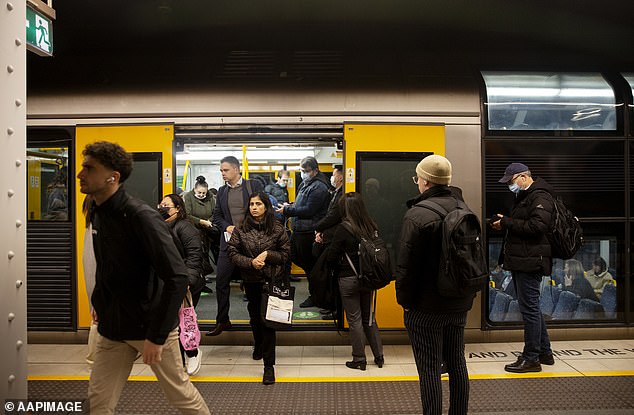 Rail workers are refusing to operate foreign-built trains, which make up about 70 per cent of the fleet.

Multiple unions are attempting to secure a new enterprise agreement to replace one that expired in May 2021, while the Rail, Tram and Bus Union has been demanding changes to a fleet of Korean-built intercity trains it says are not safe to operate in NSW yet.

None of the various government ministers involved in the disputes, nor Premier Dominic Perrottet, think the trains need modifying.

Negotiations with the state government will continue this week.

The chaos comes after the union rejected an offer from the NSW government to call off the strike and branded the offer ‘a stunt’.

In a letter on Sunday, the government withdrew its requirement that a new enterprise agreement for rail workers be finalised before it begins modifications on the new Intercity Fleet.

The government’s demands an agreement be locked in before the modifications begin has been a sticking point in the long running negotiations.

‘It was purely used to generate another headline for the government.’

‘It’s exactly what the rail union asked for,’ he said

‘Just take the deed … we’ve given you what you wanted.’ 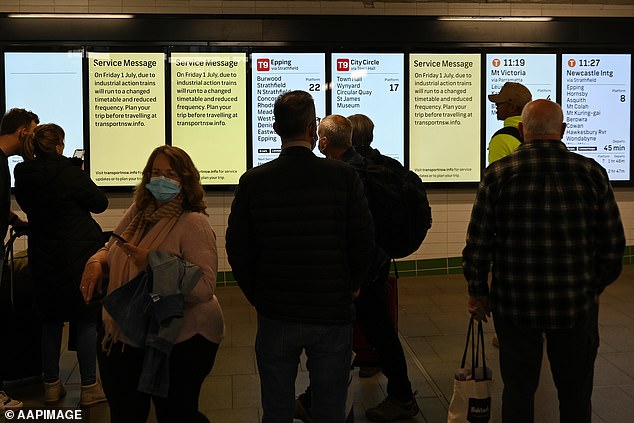 Services are expected to run to a half hourly frequency during the 24 hour strike on Wednesday (pictured, commuters during a recent strike)